If you’re worried that the stock market could be due for a steeper correction than investors recently witnessed, you’re not alone. But even a market correction or crash doesn’t need to spell disaster for a long-term investor. In this segment of Backstage Pass, recorded on Jan. 24, Fool.com contributors Danny Vena, Toby Bordelon, Brian Withers, and Rachel Warren discuss some of their favorite articles by Morgan Housel, a partner at the Collaborative Fund and a former columnist with The Motley Fool.

Danny Vena: One of the articles that Morgan Housel wrote, the headline was, “Keep in Mind, Stocks Rose 1,100-fold During This Period”.

Essentially, he goes back to post-World War II starting about 1946 and lists every major stock market decline, every major world event that was attached to those, and essentially he says, During this whole entire period, here’s all the horrible, terrible, bad, not so good things that happened. Oh, and by the way, during that time the stock market rose 1100-fold.

That’s a really good article to help put things in perspective. I also highly recommend reading Morgan Housel’s book, the Psychology of Money. If you want the short version, this is an MBA on investing mindset.

Honestly, I think it’s the best 20 bucks you can spend, so just go to Amazon and buy The Psychology of Money. I am not receiving any payment for this. In fact, Morgan doesn’t know that I’m recommending his book. But honestly, do yourself a favor, spend the 20 bucks, you’ll be glad you did.

Toby Bordelon: You get an autograph copy, Danny?

Danny Vena: I did not.

Toby Bordelon: We’ll have to all get autograph copies in the next Fool event, maybe we’ll have to make that happen.

Brian Withers: I haven’t seen Morgan in person in years now forever. Something with COVID, something like that. [laughs]

At the time, it just like a connected all the dots for me. There were two charts that are really cool that I think are still if you ran the numbers today, I’m sure they would be very similar today. I just wanted to share them so that the article is called “Your Last Remaining Edge on Wall Street”.

Basically, he indicates that as an individual investor, your last remaining edge on Wall Street is time. He says, “given that you’re trying to fund your retirement for 20 years, you have the advantage of waiting through turbulent times like these, and hedge fund managers”.

Look at this. “Hedge funds managers have to woo their clients every month, your savings for your kids education in the next decade.” There’s two charts. This first one is total real market returns you see over a significant period of time. You look at this holding periods starts with one day, two months, three months, four months, and it gets up in the five, 10, 15, 20, and 30 years.

Not even nice historical market returns over short periods of time. But as you see, as you go to the right and your holding period gets longer and longer and longer, the chance of you making a positive return over that time period increases significantly.

Look at this 95% over a 15-year period, no matter what your 15-year period is. There’s one other chart that’s pretty cool. Same timeframe, total real returns over this period. If you do one year, the potential of your return could be between negative 38% and 53%. That’s a really wide margin and a lot of opportunity to end up in the red.

Well, same deal as you move to the right, the numbers get better and the holding period gets longer. As you get into 20 years, all of it’s positive, your lowest gain over a 20-year period of holding a stock is 0.7%, and your best is 13%. It starts to mimic the market averages here over time.

Rachel Warren: Those charts are awesome. Like, I don’t know that I’ve just gleaned a wealth of information from that. I was loving going through these articles, but one that actually stuck out to me it was I believe his last official column for the Fool back in 2016 or at least the last one I found.

There was this one particular section that really stuck out to me and it was entitled “Most Investing Mistakes and Frustrations Come From Trying to Run a Marathon In An Hour”.

He wrote here, “diversified investing is so simple. Companies earn profits, and over a long period of time, those profits accrue to shareholders. If you leave it at that and you should. Investing is such a basic game that doesn’t require much action. But instead of letting profits accrue over time, a lot of the investment industry attempts to speed up the process by frontloading gains into shorter periods. This is done by guessing what other investors will do next and trying to get ahead of them. It’s a billion times hard to ensure investing and it’s the cause of most investment mistakes, alas it’s too potentially lucrative for many to pass up.”

I thought that was such a really powerful section there because I think it reiterates this idea that sometimes investors think like there’s some secret sauce that you have to discover. Like there’s something that has to be really, really hard about investing to make it to work. It doesn’t need to be that complicated. It really doesn’t.

On the other hand, it’s very easy to be an investor when the market is up and your portfolio is flourishing. It’s much harder to be a long-term investor when you’re having a period of down days, or months, or weeks, or however long that period last. But I think the thing that that section, and feel free to checkout the whole article because it’s a really great one, reiterated to me is investing does not need to be complicated.

By far, that was one of the biggest misconceptions I had about investing in the stock market before I became an investor. On the one hand, it feels like it’s harder to stay invested through the ups and downs, but it is so much harder to try to guess when those ups and downs will be, and buy stocks based around that timing that you may or may not know actually is going to be the case.

I don’t know. It’s a great reminder to just keep moving forward, keep looking toward the long term, and not making it more complicated than it needs to be. Investing can be simple.

Toby Bordelon: Thanks Rachel. I’m going to throw one out to for this question here. Morgan had a great article in 2016 about “Lessons That Could Only Be Learned the Hard Way”. I think it’s the first one of the second posts there in the Sli.do chat. Check that out.

There were three he talked about, you can probably come up with more now and I think they’re all related there. I think that’s the point being here is anything that is going to challenge you emotionally, that really, really have that emotional impact, it’s not really something you can prepare for by studying how others went through it.

You got to just experience it, is the only way to prepare for it. I think that’s an important thing to remember in times like this, we can talk all we want about how we are dealt with March 2020 and how awful that was or even going back to 2007, 2008, how we dealt with that or the dot-com crash.

That’s cool and it’s nice to do that. But if you’ve never lived through those or something like that, it’s not really going to hit you the same as I think this month is perhaps hitting you.

Some things you just have to experience. Unfortunately to everyone who is this is your first big down turn in the market I say to you, welcome to experiential learning. It sucks but sometimes you got to do it.

This article represents the opinion of the writer, who may disagree with the “official” recommendation position of a Motley Fool premium advisory service. We’re motley! Questioning an investing thesis — even one of our own — helps us all think critically about investing and make decisions that help us become smarter, happier, and richer.

Sat Feb 12 , 2022
At first glance, non-fungible tokens (NFTs) might seem like a strange fad where young and overly-wealthy individuals throw money into a digital fire, never to be seen again. The concept began in 2014, but it has only gained traction since 2021. In that short amount of time, wealth opportunities with […] 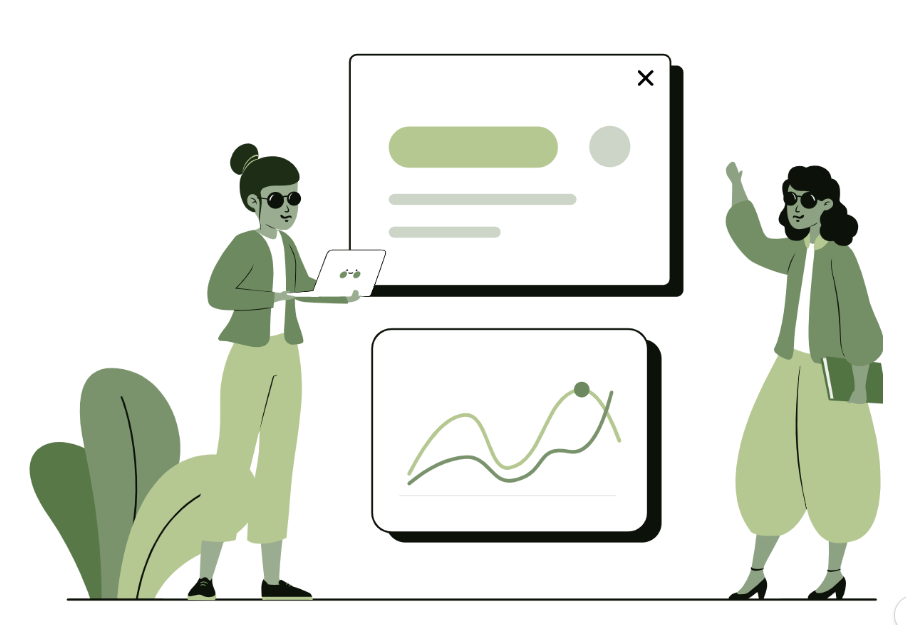