The stock market got off to a weak start this year — and Russia’s recent invasion of Ukraine has added to concerns. The S&P 500 Index now is down more than 9% since Dec. 31. If you’re worried about another market crash, you’re surely not alone. Any turmoil in the economy or in the geopolitical environment often prompts us to think about how to protect our portfolios.

A correction doesn’t always signal greater losses on the horizon. But it’s still a good idea to be prepared at any time for future market crashes. And that means buying strong stocks that can’t be permanently hurt by an eventual crash. One of my favorites is Amazon (NASDAQ: AMZN). Here’s why. 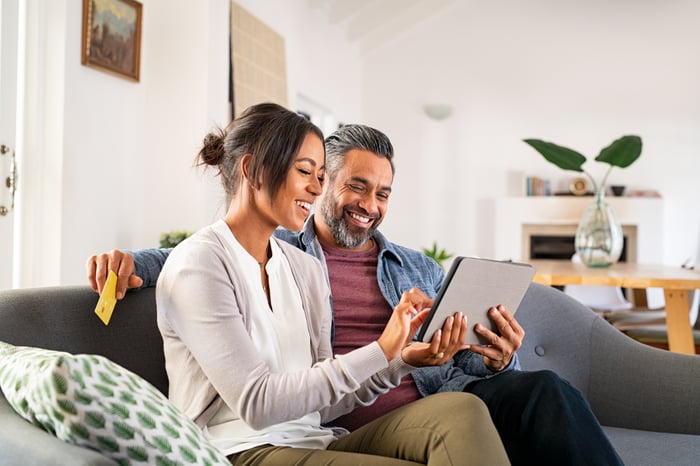 Amazon has a solid track record when it comes to growing revenue and profit. The company has generally increased both over the past few years. And two things have driven this: Amazon’s retail business and Amazon Web Services (AWS), its cloud computing service. 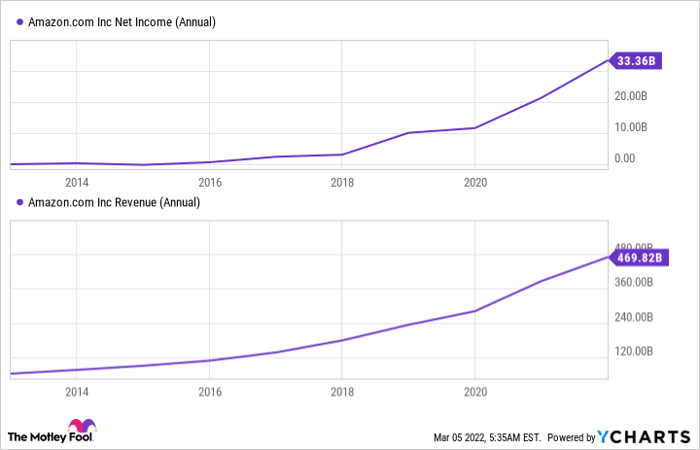 Retail often is sensitive to what’s happening in the economy. But Amazon’s strength is that it sells many essentials. So even when households can’t afford to buy the extras, they’ll still turn to Amazon for food, cleaning products, and other necessary items.

And its Prime program gives members reason to return for all of their needs. That’s because of the many free and fast delivery options included with membership. Amazon also has considerably increased its number of Prime members over time — and that movement continues. The company said it added “millions” of new members in the U.S. and internationally in the fourth quarter.

All of this sounds great. But here’s something even better: the strength of AWS. Amazon’s cloud computing business has driven profit at the company for quite some time. And that trend is continuing. Last year, AWS accounted for about 74% of Amazon’s operating income.

AWS remains the leader in its industry, and it continues to gain ground. Meta Platforms, the owner of Facebook, recently chose AWS as its long-term cloud provider to advance its artificial intelligence program. And Nasdaq is moving its markets to AWS as it becomes a cloud-based exchange. Whether the market rallies or crashes, businesses still need cloud computing services.

Investing in the future

Amazon’s growth slowed in recent months as the company faced the same headwinds as other retailers: labor shortages and inflation. At the same time, the company has invested in its fulfillment network and its Prime program. All of this hurts earnings in the near term. But the investments should power stronger earnings growth down the road.

The near-term pressure has weighed on the share price. It’s dropped about 16% over the past six months. I see this as an opportunity to buy shares of a company that has two businesses strong enough to weather the next market crash and those beyond. Stock performance may not be immediate. But over time, Amazon has what it takes to deliver products and services to customers — and share gains to investors.

10 stocks we like better than Amazon
When our award-winning analyst team has a stock tip, it can pay to listen. After all, the newsletter they have run for over a decade, Motley Fool Stock Advisor, has tripled the market.*

They just revealed what they believe are the ten best stocks for investors to buy right now… and Amazon wasn’t one of them! That’s right — they think these 10 stocks are even better buys.

Tue Mar 8 , 2022
We were unable to send the article. The Arkansas Economic Development Commission on Monday announced new leadership roles for Jennifer Emerson and Bob Kucheravy. Emerson was named deputy director and executive vice president of operations. She takes over for Jim Hudson, who vacated the positions when he was named chief of […]