Elon Musk is famous for electric vehicles, reusable rockets, and satellites that can beam down high-speed internet to the most remote regions of the planet. But in 2016, he set his sights lower. The idea was to create a company that would solve traffic by building a system of underground tunnels.

Musk founded The Boring Company in 2017. In a video released that same year, the Boring Company teased a system in which cars and public transportation pods are lowered underground by metal platforms and proceed to zoom through tunnels at 124 mph, unimpeded by pesky traffic. The problem with tunnels, Musk said during an event unveiling the company’s first demo tunnel in 2018, was that they take a long time to build and are very expensive.

At the event, reporters were taken on test rides through the tunnel at speeds of up to 50 mph, much slower than the 150 mph that Musk envisioned. The ride was also pretty bumpy, as the alignment wheels attached to the Teslas bounced off the side track walls.

Though still rudimentary, the demo tunnel inspired confidence in investors and customers alike. Early on, the Boring Company was largely floated by Musk, but $1 million also came from the sale of 50,000 hats and another $10 million from the sale of 20,000 company-branded flamethrowers. Musk even tried to sell dirt excavated from the tunnel as Lego-like bricks.

In 2019, the Boring Company brought in its first outside investment. The $120 million funding round came shortly after the company landed its first paying customer: the Las Vegas Convention and Visitors Authority.

The Las Vegas Convention Center Loop opened to the public in June. The 1.7-mile stretch of underground road cost the convention authority $52 million and took the Boring Company about 18 months to complete. It marked the company’s first completed public project, but many of its other proposed projects have hit dead ends.

“Many construction professionals will tell you that, you know, it’s not the speed of the tunnel boring that you need to worry about. It’s the environmental review. It’s the bureaucratic procedure. It’s the permits,” says NBC News’ Cyrus Farivar, who reported on some of the Boring Company’s stalled projects.

Despite the challenges, cities such as Miami and Fort Lauderdale, Florida, seem eager to partner with the Boring Company.

“We have now spoken with the Boring Company about building a 2.2-mile tunnel from our railroad station, called the Bright Line Station, which is in the middle of the city, all the way to the beach,” Fort Lauderdale Mayor Dean Trantalis told CNBC. “And it would be two tunnels, one going east, one going west. And the business model is that you have Tesla vehicles with drivers that ferry you under the streets, through to the beach, completely eliminating all the traffic.”

Trantalis said that rough estimates from the Boring Company put construction costs between $10 million and $15 million per mile, not including the cost of the stations. Details are still being worked out, but users of the tunnel would likely pay a fee for the service. The city is taking other bids for the project, but Trantalis said Fort Lauderdale already worked out a lot of the bureaucratic hang-ups that caused the proposed Boring Company projects to falter in other cities.

Watch the video above to find out more.

Sat Apr 23 , 2022
One. Trillion. Dollars! The criticism is largely misplaced because companies have in fact returned a similar percentage of their profits to shareholders over the decades. Buybacks are simply a newer, more ad hoc way of doing that. Stabler dividends, the bread and butter of retirees but financially very similar to […] 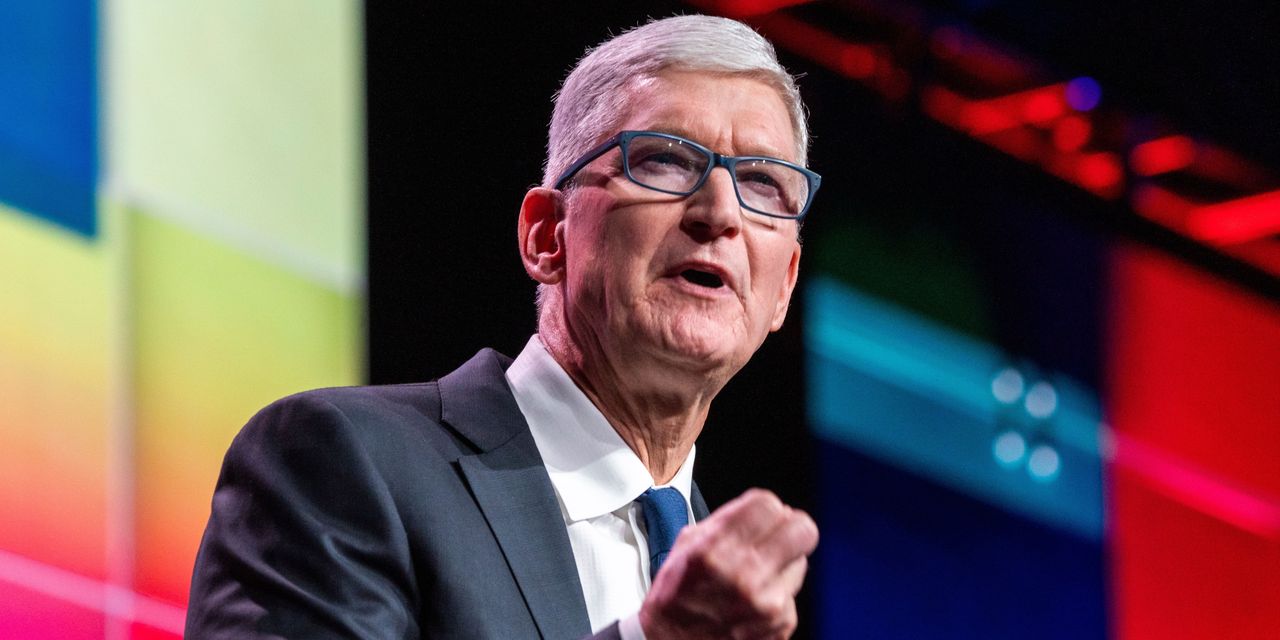