The President of the United Arab Emirates, His Highness Sheikh Khalifa bin Zayed Al Nahyan, passed away on Friday May 13, 2022, the Ministry of Presidential Affairs announced. In this 2013 photo, he is greeted by Queen Elizabeth II and Prince Philip, the Duke of Edinburgh on the Royal Dais on April 30, 2013 in Windsor, England.

Sheikh Khalifa was the Gulf country’s second president, serving since 2004. He is credited with helping to bring the UAE, a small desert sheikhdom of seven emirates, to global prominence and leading the country through turbulent times during the 2008 financial crisis.

“The Ministry of Presidential Affairs condoles the people of the UAE, the Arab and Islamic nation and the world over the demise of His Highness Sheikh Khalifa bin Zayed Al Nahyan, the president of the UAE,” a statement from state news agency WAM read.

“The Ministry of Presidential Affairs also announced that the UAE will observe a forty-day state mourning with the flag flown at half-mast starting today, and suspend work at all ministries, departments, and federal, local and private entities for three days,” the news agency wrote in a tweet.

Sheikh Khalifa suffered a stroke and underwent surgery in 2014; he has rarely been seen in public in the years since. His role subsequently became largely ceremonial though he still issued decrees, and his brother, Abu Dhabi Crown Prince Sheikh Mohammed bin Zayed, has widely been seen as the UAE’s de-facto ruler, managing the country’s day-to-day affairs.

Born in 1948 in Abu Dhabi, 23 years before the establishment of the UAE in 1971, Sheikh Khalifa was the oldest son of Sheikh Zayed bin Sultan Al Nahyan, the country’s founder. He took up the presidency in 2004 after his father died.

Before assuming the presidency, he was crown prince of Abu Dhabi and head of Abu Dhabi’s Supreme Petroleum Council, the oil-rich emirate’s highest energy decision-making body.

During his presidency, Sheikh Khalifa oversaw economic reforms and modernization while managing the Abu Dhabi Investment Authority, one of the world’s largest investment funds. He backed the acquisition of English Premier League soccer club Manchester City by an investment company for the Abu Dhabi royal family in 2008, and the world’s tallest tower — the Burj Khalifa in Dubai — was named after him in 2010.

Why the Stock Market Will Keep Falling

Sun May 15 , 2022
It could be very difficult for Powell and the Fed to tame inflation without causing an economic slowdown. Photo illustration by Barron’s staff; (reference) Dreamstime (5) Text size Like Winnie the Pooh in the Hundred Acre Wood, investors have lived with the naive worldview that everything will be all right. […] 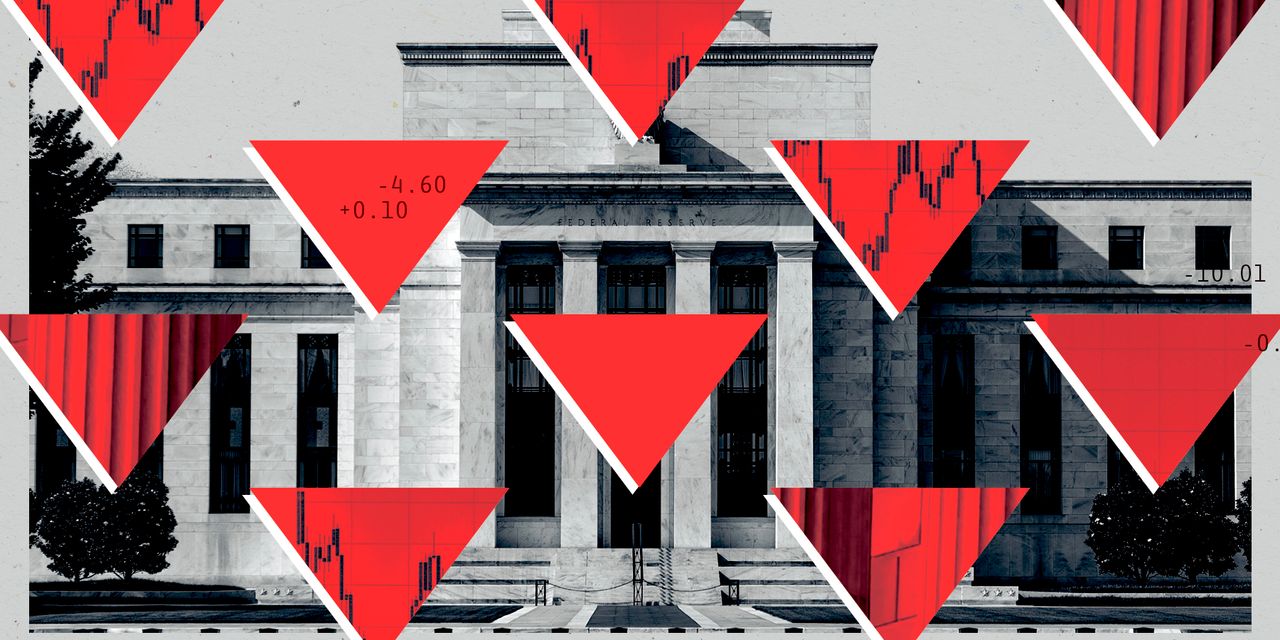