Treasury yields are surging—and they’re nearing a worrisome point for the stock market. The most expensive stocks—like


Amazon.com—are likely to get hurt the most.

Markets have been especially focused on Treasuries’ real yields lately as they are expected to remain on an upward path in the near term. A bond’s real yield is its nominal yield minus the expected average annual rate of inflation. For instance, the 10-year Treasury on Wednesday had a nominal yield of 2.61%. When adjusted for an expected inflation rate of 2.84%, that leaves the note with a real yield of negative 0.23%.

Normally, investors demand a higher nominal yield than the inflation rate, so their investment is still gaining value when factoring in inflation. However, the 10-year Treasury has had a negative real yield for nearly the entire pandemic era because the Fed was buying bonds, forcing their prices up and pushing their yields down. Now there are signs that the 10-year note’s real yield could finally return to positive territory: It has moved to negative 0.23% from negative 0.38% Tuesday morning and all the way from negative 1.2% at the end of December.

Helping drive the 10-year Treasury’s real yield higher this week were comments from Federal Reserve Gov. Lael Brainard, who said Tuesday morning the Fed would start reducing its balance sheet more rapidly in May. That means the central bank would reduce its bondholdings, putting downward pressure on Treasury bond prices and lifting their yields, in its bid to curb high inflation. (Bond yields and prices move inversely).

As a result, real yields could keep rising. The nominal yield on the 10-year Treasury is already on pace to close at a pandemic-era high on Wednesday, and technicians say it could keep rising. John Kolovos, chief technical strategist at Macro Risk Advisors, says it could climb to 2.8% soon. That means that if expected average annual inflation for the next decade remains roughly where it is—around 2.84%—the 10-year’s real yield would be almost 0%.

While this shift in real yields will, of course, have major implications for bond investors, stock investors need to take note as well.

That’s because if Treasuries’ real yields move up quickly, that could bring about more declines in high-growth stocks. Already, the fastest-growing technology stocks in the U.S. have gotten hit hard as yields have risen. The Nasdaq-100 has sunk 4.1% since around the time of Brainard’s comments Tuesday. Tesla (TSLA),


Netflix (NFLX), and Snap (SNAP) have slid between 5% and 9.2%. Most of the reason is it is becoming just a little more attractive to own a long-term government bond that has almost zero risk. Meanwhile, these high-growth companies are valued on the basis that they will pump out a bulk of their profits many years down the line, but there is certainly no guarantee that will happen. And when real long-dated bond yields rise, those future profits see a decline in their current value.

That’s partly why those companies’ valuations have dropped—and they could fall more if real yields move higher. The


Invesco QQQ Trust Series I (QQQ), which tracks the Nasdaq-100, has seen its aggregate forward earnings multiple fall to 25.5 times Wednesday from 26.1 times before Tuesday’s open, according to FactSet. But the fund’s multiple was even lower—at 24.3 times—when the 10-year’s yield was last at 0% in February 2020, a level it could soon hit.

“I’m just not ready to pound the table on the growth style [of stocks] just yet,” said Christopher Harvey, chief U.S. equity strategist at Wells Fargo, citing the impact of rising real yields.

That’s for the near-term, but growth stocks could still make a comeback relatively soon. growth stocks historically outperform value stocks when the Fed tightens monetary policy, according to RBC data. That’s because tighter policy is meant to slow the pace of economic growth, which would dent value names—all while earnings at innovative growth companies keep charging ahead. Plus, slowing inflation and decelerating economic growth will eventually put a ceiling on bond yields.


Nasdaq-100 has already fallen about 11% for the year on the back of higher yields and Fed policy changes, so it’s highly plausible that the bulk of the selling could nearly be over. That said, investors might want to sit tight on growth stocks for a little while longer.

Fri Apr 8 , 2022
A well-rounded SEO strategy includes a mix of quality content and technical improvements. The following tips from members of the online small business community can increase traffic and make your website more user-friendly. Use Google Trends for Keyword Research Google Trends can help you find relevant keywords that people are […] 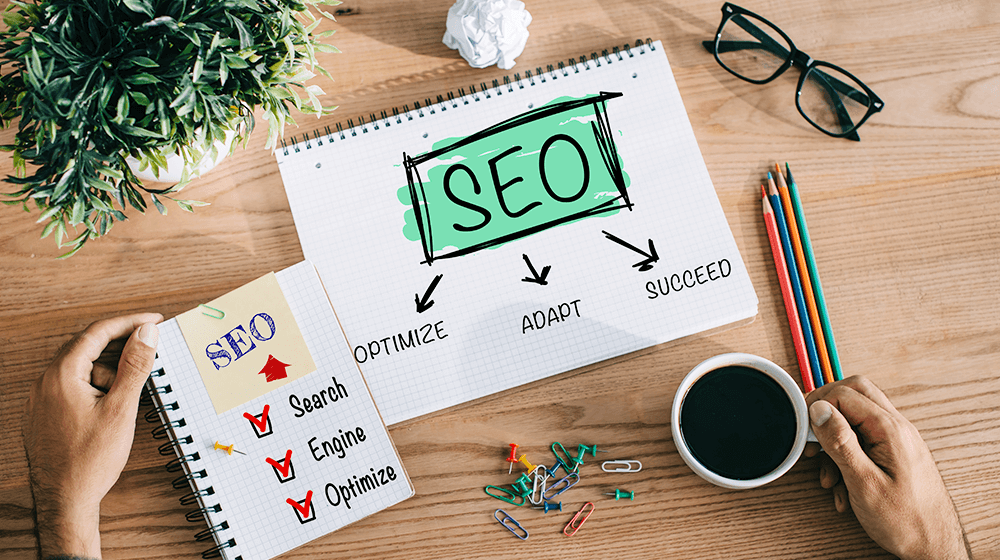