Patrick Andrae spent eight years building an online marketplace that offers more than 14m holiday homes for rental. In September, HomeToGo listed on the Frankfurt stock exchange with a value near €1.2bn and a growth trajectory that has prompted comparisons with Airbnb.

But a holiday-maker sitting in London and searching on Google for a vacation rental in Berlin would struggle to find it, by the time they had scrolled down past a number of paid-for adverts and a link to Google’s own holiday home rental search that shows pictures, prices and a map.

It is this attention-grabbing service that particularly bothers Andrae and others across the travel sector from Wizz Air to Expedia. They say it is unfair that they have to buy a paid slot if they want to appear above Google’s proprietary accommodation and flight search, or they will appear much lower down the screen.

Arguably the travel sector’s most important partner, Google offers a critical way to reach customers as the most used search engine in the world, particularly at a time when travel companies, suffering from the ongoing effects of Covid restrictions, need as much exposure as they can get.

But, Andrae said, that instead of allowing its algorithm to rank websites based on the quality of the service they offer, Google promotes either those that pay the most in auctions for adverts or its own travel products.

This gives it more data on what customers are booking, further strengthening its hand to charge companies for advertising and a better placement in its rankings.

“Every company that wants to be higher in the organic [unpaid for] results has to fight their way up with a good user experience, this is what Google tries to measure. The only one not applying these rules to their product is Google,” Andrae said.

Johannes Reck, chief executive of the online travel agency GetYourGuide, described the “hundreds of millions” of advertising dollars that travel companies spend with Google as “a tax on everyone else in the industry that I believe is unwarranted”. Wizz Air boss Jozsef Varadi said Google was trying to “chip into our customer base”.

It does not break out the revenues it makes from its specialised services, which also include Shopping and Maps, but Travel is an area that it has grown fast. Google says its investment in travel is part of its “core mission” to take “a complex set of information and make it helpful”.

So far during the pandemic, a period when travel businesses have lost more than $6tn in revenues according to the World Travel and Tourism Council, Google has expanded its travel platform, merging holiday rentals and hotel search services and, in September, it launched a specialised search for activities such as visiting the Colosseum or skiing in Lake Tahoe.

Finnbar Cornwall, Google’s industry leader in travel, said about 50 per cent of people researching a holiday online dropped out of the process before they booked because they could not find what they were looking for.

He said Google was trying to make the process easier to the benefit of travel companies and consumers: “I don’t believe that travel is a fixed pie where everyone is fighting for a slice of a fixed pie. There is an opportunity to bring travel to many more people, to take the friction out of it and if we can do that at Google . . . that will bring more people into travel and bring more people to British Airways, to Booking.com.”

Figures from Statcounter, which tracks web traffic, suggest that Google controls more than 85 per cent of global online search meaning that its power affects all industries. But travel is a particularly attractive prize: because holidays are a once or twice-a-year purchase, and can involve many elements and cost a lot, consumers are more likely to spend time on Google shopping around, giving the group more data and more muscle to sell advertising.

In 2019, the industry spent $16bn advertising on Google, according to Skift Research, an analysis firm. Expedia and Booking.com — two of the world’s largest online travel agencies — were the biggest spenders.

“Google is one of the very few companies that can reach across the entire customer travel journey from inspiration through to visitation,” Skift analysts wrote. They noted that the problem was particularly acute for sites that aggregate flight or accommodation offers: “It is becoming increasingly difficult for independent metasearch sites to survive in markets where Google has a large presence.”

But the travel industry has been encouraged by planned changes to European law, hoping Google will be forced to stop “self-preferencing” — the practice of prioritising its own products above others in its search — as part of the EU’s proposed Digital Markets Act.

Earlier this month, the European General Court in Luxembourg upheld a €2.4bn fine on Google for abuse of its position in online shopping, ruling that it “favours its own comparison shopping service over competing services, rather than a better result”.

Emmanuel Mounier, secretary-general of trade body EU Travel Tech, said he hoped that the shopping case would strengthen regulators’ resolve on the act. “[Google’s] dominance is negative for consumer choice and negative for competition. All the money [travel companies] spend on Google, we don’t spend on better products and better service.”

Some parts of the industry have welcomed Google’s powerful ability to funnel customers their way at a time of great upheaval.

Many airline executives who had feared Google’s encroachment on the industry when it set up Google Flights, a search tool that does not take bookings, have been grateful for the traffic it provides as they struggle to fill planes and plan route networks, one industry consultant said. At the moment, Google does not charge directly for this service.

Google’s launch in May of a feed of hotel links that are free and ranked by relevance to user search terms was “the right thing to do for the industry” and had hit its own revenues, Cornwall said, although he did not disclose how much.

It has also introduced a system whereby hoteliers do not have to pay a fee to the group if a booking resulting from a Google search is cancelled. It added that it had “invested a lot particularly over the past year and 18 months” into sharing data that helps travel companies to track demand.

But at the same time, it is edging closer to being a holiday booking platform, offering a “Book on Google” button since 2015 that facilitates bookings but without taking payments.

Axel Hefer, chief executive of Trivago, said this meant Google was “competing more and more” with its customers.

But Richard Clarke, an analyst at Bernstein, said that despite Google offering more services, processing payments would probably be “a step too far” for regulators. “You pretend you are a search engine but actually you are just keeping people in your own locked walls.”

Letter in response to this article:

Partnering with Google in the travel sector is a perilous business / From Abigail Perez, Edinburgh, UK

Is the Stock Market Drop Over? The Worst May Be Over. Time to Buy the Dip.

Mon Jan 31 , 2022
Text size The Fed is seeking to rein in inflation. Here, customers look over items in an Illinois shopping mall in August. Scott Olson/Getty Images The stock market has gotten hit lately, as the Federal Reserve begins to tighten monetary policy. The worst may be over now.  The S&P 500, […] 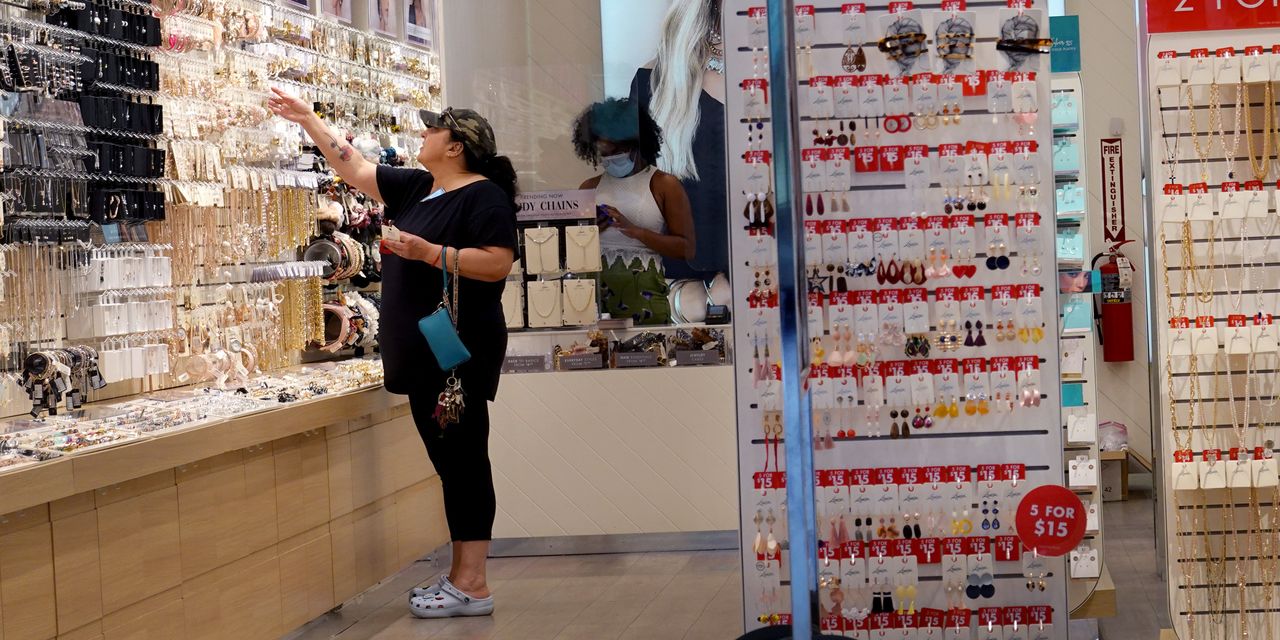