Stocks have had a rocky start to 2022, and further turbulence could be ahead for investors.

That’s because the current macro environment has been one of the most volatile in recent memory. Inflationary fears, labor shortages and the Federal Reserve’s move to aggressively pull back its bond buying are just a few of the worries on investors’ minds.

TipRanks, a financial data aggregation website, provides investors with the tools they need to navigate the market. Wall Street’s top analysts are naming their most bullish ideas despite the tough macro trends.

The shift toward cloud-based solutions platforms has coincided with the larger digital transformation accelerated by the pandemic. Software and intelligence provider Verint Systems (VRNT) is expected to be one of the beneficiaries.

In a recent report, Samad Samana of Jefferies detailed his direction for the stock, noting that “VRNT’s progress on modernizing and enhancing the tech stack and product portfolio remains underappreciated.” He called out the level of flexibility Verint’s infrastructure, which “can be deployed across multiple cloud providers (AWS, Azure, Google Cloud), as well as private/hybrid data centers.”

Samana rated the stock a Buy and provided a price target of $62.

Further, the analyst noted that the company is capable of serving both legacy and cloud-native customers, and its cloud solutions software is easily adaptable for pre-existing clients. This kind of entrenched relationship is expected to drive strong retention levels and deter churn. (See Verint Systems Hedge Fund Activity)

Moreover, Verint allows its vendors to aggregate data on their customer interactions, notably with “Agent Assist,” an AI productivity driver. Through investments and M&A, the company has been elevating its omnichannel capacities, making it far more appealing to prospective vendors.

Deceleration in consumer spending and tough earnings comparisons have dented Amazon’s (AMZN) shares. However, now as supply constraints are projected to ease and Amazon’s investments in logistics and fulfillment infrastructure are expected to pay off, analysts are back on the train. (See Amazon Risk Factors on TipRanks)

Doug Anmuth of JPMorgan is one of the most recent to publish a bullish report, noting reaccelerating e-commerce trends and a largely successful holiday shopping season. Moreover, Amazon Web Services (AWS) still reigns over the cloud-computing market.

Anmuth rated the stock a Buy and declared a price target of $4,350.

The analyst did modestly trim his estimates for Amazon, but he believes that lowered expectations “should help re-risk shares and AMZN will become a cleaner story to own through 2022.” In particular, he anticipates the company’s e-commerce segment will benefit this year, due to yearlong expansions in transport and delivery mediums.

Amazon has never been so close to so many of its customers.

The company, which is “well positioned as the market leader in e-commerce and public cloud,” may also increase Prime membership prices and fulfillment fees. In turn, these moves will raise revenue. Amazon’s AWS growth is robust and considered to be “sustainable” by Anmuth.

Though Tesla (TSLA) is already considered the leading electric vehicle maker, the company is now going after market share from more established original equipment manufacturers. This means over the next two years it will be important to see where the firm stands relative to legacy automakers – and less so in comparison to smaller EV companies, according to Philippe Houchois of Jefferies.

The analyst is more concerned with Tesla’s future ability to succeed in this manner. He believes that a ramp-up in production will be a main catalyst for the company. Indeed, with its new gigafactories in Austin and Berlin, the company is expected to add meaningful supply in February and April, respectively. (See Tesla Stock Charts on TipRanks)

Houchois rated Tesla a Buy and assigned a bullish price target at $1,400 per share.

The EV producer has seen its backlog of orders soar to considerable levels, causing Houchois to add that “filling that capacity is not a given” at the moment. However, the long list of unfilled orders provides confidence in long-term demand and revenues for TSLA.

Further, the analyst wrote that Tesla has a “business model possibly set to generate cash faster than the ability to add product and capacity.”

Houchois is looking to Tesla’s quarterly earnings results on Jan. 26. The firm may validate its strong profits and provide updates for Cybertruck or for a more affordable sedan model.

Indicators may be pointing to a breakout for shares of cloud-computing company VMware (VMW). (See VMware Earnings Date and Reports on TipRanks)

Brian White of Monness detailed several reasons for which the stock may be poised for upside. He highlighted the company’s “unique value proposition in the cloud,” as well as its attractive valuation.

He upgraded the stock to Buy from neutral and calculated a price target of $153.

White noted that VMware has “invested in organic innovations, completed acquisitions, and inked cloud partnerships.” He expects these strategic moves to lay the foundation for its next leg upward in business performance.

While the company was unable to capitalize on the digital transformation that benefited so many other software firms, the analyst believes that VMW’s long-term prospects have been more solidified by the overall trend regardless. For now, he is confident in its market role.

VMware has found a niche in which it is compatible with several established cloud players and holds a flexible third-party position “fancying itself as the ‘Switzerland of the industry,'” the analyst said.

White currently maintains a position of No. 111 out of more than 7,000 financial analysts. His stock picks have been successful 74% of the time and have netted him an average return of 37.1%.

Walmart (WMT) appears to have widened its customer base since the outset of the Covid-19 pandemic, and it may also have the capacity to continue performing despite rising gasoline and inflationary costs. (See Walmart Website Traffic on TipRanks)

Robert Drbul of Guggenheim believes this to be true, writing that Walmart is well positioned to continue benefiting despite challenging consumer spending environments. He was not worried about inflationary pressures, gas prices, and other difficulties brought on by persisting Covid variants. However, he pointed out “lapping stimulus benefits and the expiration of child tax credits” as possible negative catalysts.

Calling it one of his “top ideas,” Drbul rated the stock a Buy and provided a price target of $185.

He said that as gasoline costs mount for shoppers, they may simply consolidate their trips to Walmart locations into larger purchases or shop online. He sees the physical footprint and online presence of Walmart as a “winning combination.” When costs go up, shoppers may seek to save even more by purchasing a wider variety of products from the retailer.

The analyst is confident in Walmart’s “robust business model” which can “withstand possible drops in consumer spending dollars.” He believes in the company’s insulation from disruptive macro forces and trends, and he sees the share price as one with a favorable risk-reward ratio.

Wed Jun 1 , 2022
Stocks jumped Friday, amid signs that central bankers may be starting to take a possible global growth slowdown seriously—and raising hopes in the market that they won’t increase interest rates as quickly as feared. Despite Friday’s performance, the three major U.S. indexes all fell for the week: The Dow, the […] 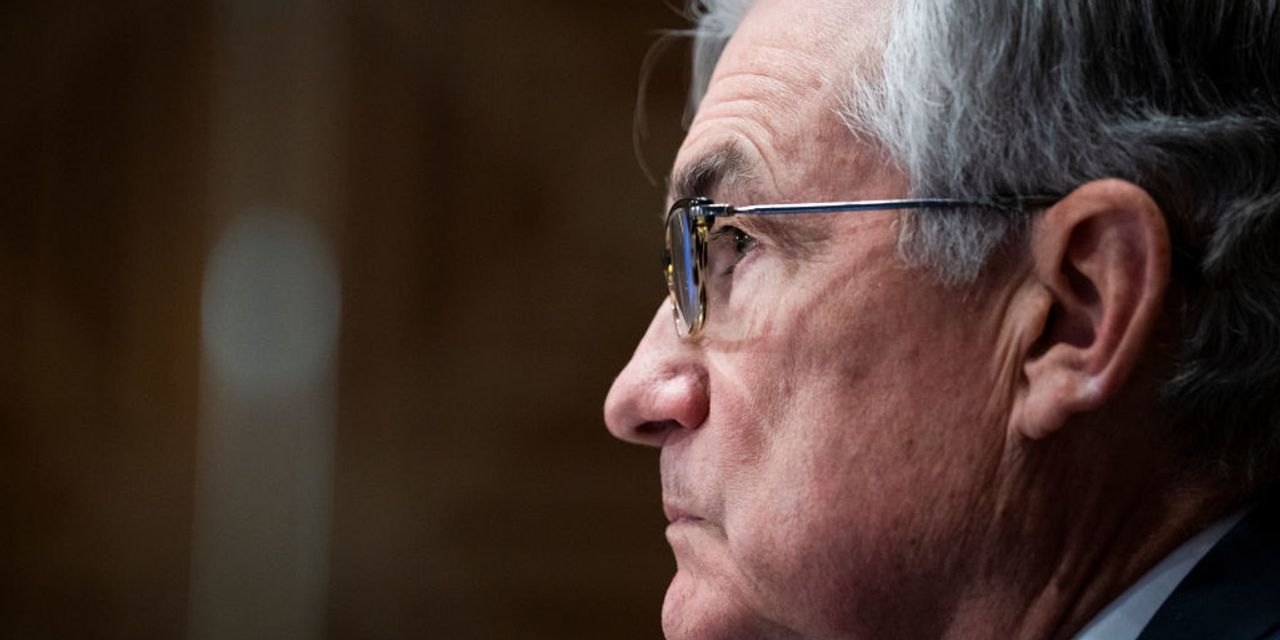