Costco Wholesale got off to a strong start in its fiscal 2022 second quarter with double-digit net and comparable sales growth in December.

Related: Club channels, online retailers may have the edge in grocery in 2022

E-commerce sales, meanwhile, increased 17.8% on a comparable basis for the month and were up by the same percentage excluding FX. That compared with a 12.2% gain in November (11.7% excluding FX).

December’s results extended the momentum from November, when Costco tallied gains of 15.7% in net sales and 14.1% in comp sales, the latter including 14.3% growth in the U.S.

“Our comp traffic, or frequency, for December was up 9.8% worldwide and 8.5% in the U.S.,” David Sherwood, assistant vice president of finance and investor relations at Costco, said in a phone report late Wednesday. “Worldwide, the average transaction for December was up 4.3%, which included the positive impacts from gasoline inflation and FX.”

Relative to the U.S. dollar, FX negatively impacted Costco’s total net and comp sales in December by 0.75%, reflecting impacts of +0.2% in Canada and -5.1% internationally.

In the U.S., regions and markets turning in the top December performances were Los Angeles, San Diego and Texas, with the United Kingdom, Mexico and Japan generating the strongest results internationally, Sherwood reported.

“December inflation was relatively consistent with what we saw in November, with the largest impacts in fresh foods and food and sundries,” he said. “Moving onto merchandise highlights, the following comparable-sales results by category for the month exclude the positive impacts of foreign exchange. Food and sundries were positive high single digits. Deli and food were the strongest departments. Fresh foods were up low double digits; better-performing departments included bakery and service deli. Nonfoods were positive low double digits, and better-performing departments included toys and seasonal, tire shop, domestics and jewelry. Ancillary businesses were up mid-40s. Gas, food court and hearing aids were the top performers.”

“We view December comps as a solid start to Q2, and the stability in the nonfoods two-year stack as supportive for general merchandise and holiday sales,” Jefferies analyst Stephanie Wissink wrote in a research note late Wednesday.

“Based on prior COVID-19 case peaks during holiday 2020 and late summer with the Delta wave, we believe the current Omicron surge could lead to increased at-home products demand,” she added.

Currently, Costco operates 828 warehouse clubs overall, compared with 803 a year ago. By market, the retailer operates 572 clubs in the U.S. and Puerto Rico, 105 in Canada, 40 in Mexico, 30 in Japan, 29 in the United Kingdom, 16 in Korea, 14 in Taiwan, 13 in Australia, four in Spain, two each in France and China, and one in Iceland. Costco also runs e-commerce sites in the U.S., Canada, the U.K., Mexico, Korea, Taiwan, Japan and Australia.

Wed Mar 2 , 2022
Stocks staged a massive comeback on Thursday afternoon, after falling sharply early in the morning after Russia invaded Ukraine. The Dow staged a turnaround: The index was down more than 2% at its worst level, before finishing the day up 92 points, or 0.3%. The S&P 500 initially slipped, before […] 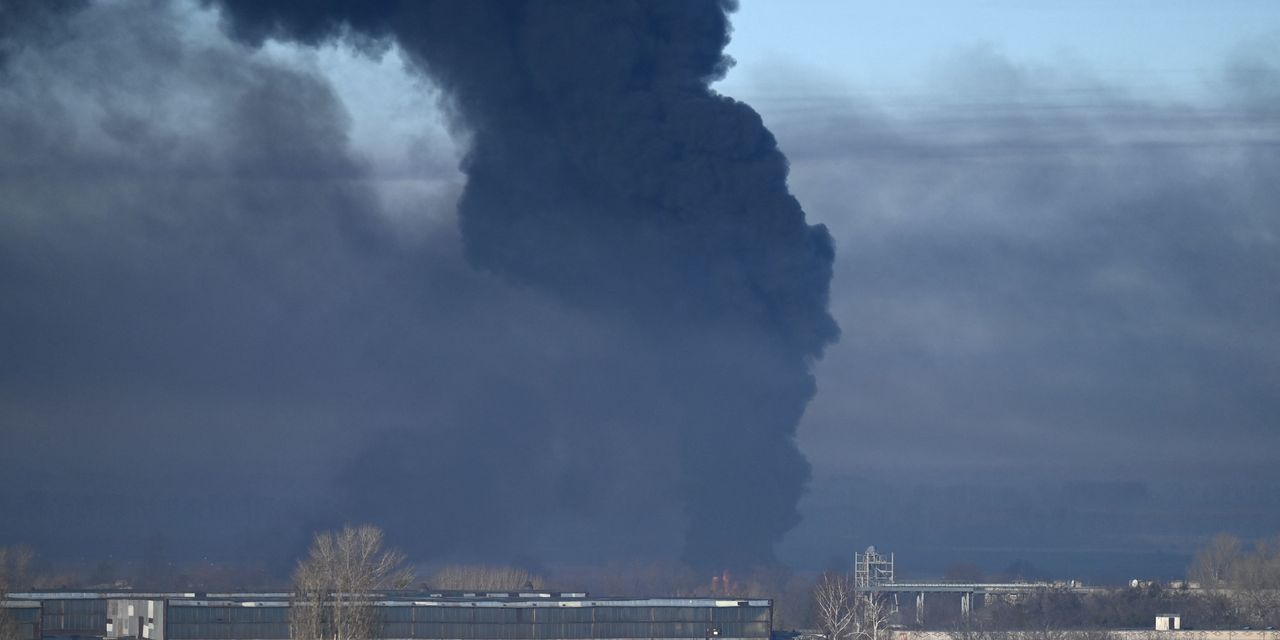