The stock market fell, though it recovered some losses Wednesday after minutes from the Federal Reserve’s last meeting showed a half-point rate increase is possible and the good chance of a reduction in its balance sheet soon.


Dow Jones Industrial Average
closed down 145 points, or 0.4%, but above its low point for the day. The


Nasdaq Composite
declined 2.2%, up from earlier.

The March minutes showed that Fed members see a short-term interest rate increase of a half-percentage point as a strong possibility soon. The central bank had communicated the possibility a few weeks ago, and markets have been expecting that the Fed will lift the benchmark lending rate to close to 3% within the next couple of years.

The Fed also signaled that it is likely to reduce the size of its balance sheet by reducing its bond holdings in the near future. The bank said it could reduce its bond holdings by about $95 billion a month. Less demand for bonds means lower bond prices and higher yields.

“All participants agreed that elevated inflation and tight labor market conditions warranted commencement of balance sheet runoff at a coming meeting, with a faster pace of decline in securities holdings than over the 2017–19 period,” the minutes read.

“Our takeaway is that this is consistent with a 50 bp hike and a balance sheet announcement at the May FOMC meeting — presumably [balance sheet] runoff starts in mid-May,” wrote Ian Lyngen, head of U.S. rates strategy at BMO.

And the $95 billion “is a little smaller than we were expecting, particularly in light of the more hawkish post-meeting comments from various officials,” wrote Paul Ashworth, Chief US Economist at Capital Economics.

The Fed minutes followed remarks by Fed Governor Lael Brainard that spooked markets. On Tuesday, Brainard, who is also the Fed vice-chair nominee, said the central bank would begin rapidly reducing its balance sheet in May.

A rapid reduction of the Fed’s balance sheet would put downward pressure on bond prices, lifting bond yields. It’s another way for the Fed to raise borrowing costs to cool the economy, which has been hit with high inflation in the pandemic era.

The 10-year Treasury yield rose to as high as 2.61% from a 2.55% closing level Tuesday, after it had jumped from 2.4% the previous day. It closed at %, where it was sitting for much of the morning.

Markets had already digested the Fed’s next move after Brainard’s comments so they were able to rise from their lows for the day.

Before the minutes were released, Dave Wagner, portfolio manager and analyst at Aptus Capital Advisors, said “you’d get a risk-on rally in the market if there is some status quo,” which was that the Fed is on the cusp of reducing its balance sheet.

Overall, selling was hot Wednesday — and it was the worst for technology stocks.

Those higher long-dated government bond yields make future profits less valuable—and many fast-growing tech companies are valued on the basis that they will produce a chunk of their profits many years in the future. And as these stocks get more expensive, the more they can decline when bond yields pop. The Nasdaq had risen 16% from its mid-March closing low of the year to March 29, before beginning its most recent drop.

Here are six stocks on the move Wednesday:


JetBlue Airways (ticker: JBLU) stock fell 8.7%. The airline is in competition with


Spirit Airlines (SAVE), making an unsolicited $3.6 billion bid for the company. Spirit stock was down 2.4%, and Frontier shares lost 11%.


Aptiv (APTV) stock slipped 1.3% even after getting upgraded to Buy from Underperform at Bank of America.


CarMax (KMX) stock dropped 2% after getting downgraded to Neutral from Buy at Bank of America.


Avis Budget Group (CAR) stock dropped 11% after getting downgraded to Underperform from Neutral at Bank of America.

The Israeli selling Americans their own humor

Fri Apr 29 , 2022
“I’m the least funniest person alive,” admits Israeli comedian Jacob (Kobi) Nizri in an interview with Calcalist. That’s a surprising revelation for someone who’s built an entire empire of comedy websites – whether that’s funny videos, memes, or comedic pieces – who runs Literally Media, a group that has 40 […] 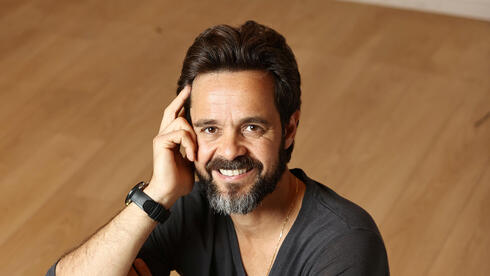