Stocks slid, giving up their gains from earlier in the day, as troubling news about Peloton Interactive catalyzed the Nasdaq‘s late-day swoon.


The Dow Jones Industrial Average
declined 313 points or 0.9%, after the index dropped 339 points Wednesday. Earlier in the day, all three major indexes were up, with the Nasdaq rising more than 2%.

For the first time since early last year, on March 20 and 21, the Nasdaq rose more than 1% and then ended the day down more than 1% on back-to-back days

If the Nasdaq had held on to its gains, Thursday would have marked the seventh straight instance when the index closes higher the day after entering correction territory than where it had finished. There was no such fortune for tech investors Thursday.

The drop started when CNBC reported that Peloton (ticker: PTON) was halting production for February and March to adjust for lower demand. That news, at around 12:45 p.m., pushed the stock down 24% on the day, and sent chills through the tech-heavy Nasdaq. The iShares Semiconductor Exchange-Traded Fund (SOXX), for instance, fell 3.1% after having begun the day up.

Markets had already been worried that a surge of pandemic-related demand for consumer goods is unsustainable, as the month-over-month decline in retail sales for December was worse than expected.

To be sure, the Nasdaq had been moving down from its intraday high during the afternoon. It’s the second straight day that has happened.

The Nasdaq’s problems have been about more than one stock falling from grace. The index’s decline began with a rise in the 10-year Treasury yield. And while it’s down to 1.83% from a Wednesday close of 1.87%, it’s still up from 1.51% at the end of 2021—and has managed to hold 1.8% for several trading days.

The slight pullback in the 10-year yield was “not really the type of material pullback in yields that will help tech and growth [stocks],” said Frank Cappelleri, chief market technician at Instinet.

That’s consistent with Wall Street’s view that the yield isn’t finished rising yet. That’s mostly because long-term expectations for annual inflation are above 2%, so bond investors should be demanding a higher return. Plus, the Federal Reserve is likely to raise short-term interest rates several times this year and reduce the size of its balance sheet. That means less demand for bonds, which drags down bond prices and lifts their yields.

Higher long-dated bond yields make future profits less valuable—and many tech companies are valued on the expectation that a bulk of their profits will come many years into the future.

The Nasdaq is now technically in correction territory, down 12% from its Nov. 19 all-time high.

For the broader stock market, tech included, investors are hoping that earnings season will ease the pain. Fourth-quarter earnings are rolling with Netflix (ticker: NFLX) set to report after Thursday’s close. Companies have been largely surpassing earnings expectations early in the reporting season, though it hasn’t always helped their stocks.

In the early going, the S&P 500’s aggregate earnings result has beaten expectations by 5.4%, with three quarters of companies beating by any margin, according to Credit Suisse data.

So as more companies report, earnings could soon become a savior for the market. “Solid growth in the economy and profits should preclude anything more than a 10% correction in the major equity indexes,” wrote John Lynch, chief investment officer for Comerica Wealth Management.

The only real good news came out of Asia, where the People’s Bank of China cut its benchmark mortgage lending rate for the first time in nearly two years, and data showed Japanese exports soared 17.5% last month, ahead of expectations. Hong Kong’s

That also sent emerging market stocks higher, with the


iShares MSCI Emerging Markets
Exchange-Traded Fund (EEM) gaining 0.9%. “EM is especially attractive if China is forced to be as stimulative as some are calling for,” wrote Dennis DeBusschere, founder of 22V Research.


Unilever (UL) stock was down 1.3% after the company said it had abandoned its $68 billion bid for

Thu Feb 17 , 2022
Opinions expressed by Entrepreneur contributors are their own. Recent studies have found that 55% of the US population have listened to a podcast, and 27% of podcast listeners have a 4-year college degree. In other words, there’s a large, educated population with disposable income actively looking for podcast hosts they […] 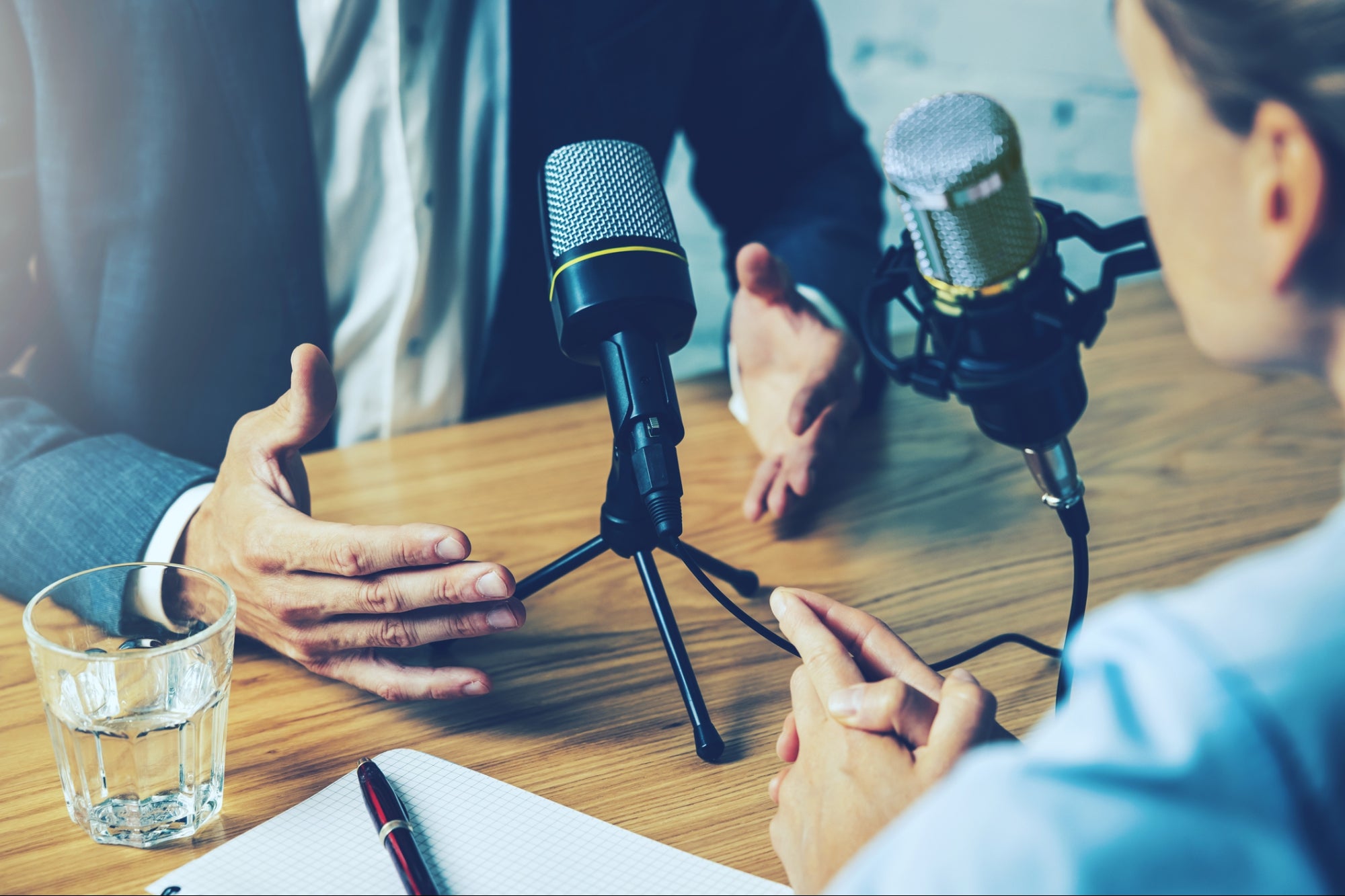