The stock market ended the week down after a nasty Friday. The U.S. economy added more jobs than expected in May, suggesting that the Federal Reserve may have to remain aggressive with its rate hikes.

“The jobs report reinforces the strength of the overall economy, but also indicates the Fed still has their work cut out for them,” writes Charlie Ripley, senior investment strategist for Allianz Investment Management.

More jobs added and higher wages are signs of a strong economy, but the concern is that inflation will remain close to its recent peak. More hiring means more people are earning incomes and keeping prices elevated. Rising wages also indicate that companies will continue to raise prices at a fast clip to protect their profit margins. Declining inflation had become evident in May, which pushed along the narrative that the Federal Reserve could slow down the pace of rate hikes.

The good news is that wage gains were lower than expected. “This is consistent with the peak inflation narrative; at least for the time being,” wrote Ian Lyngen, head of U.S. rates strategy at BMO.

Others agree, yet there’s a caveat. “The deceleration in wage growth is encouraging because it suggests that the broader cyclical price pressures in the economy are close to peaking,” wrote Michael Pearce, senior U.S. economist at Capital Economics. “But it will take a slowdown in annual wage growth to closer to 4% before the Fed can claim it is making significant progress toward its inflation goal.”

The bond market certainly sees a slightly higher likelihood that the Fed will keep raising rates at a brisk pace. The 2-year Treasury yield, which attempts to forecast the level of the federal-funds rate a couple of years from the present, rose from a 2.63% close on Thursday to 2.67% on Friday. The 10-year yield, meanwhile, rose from 2.92% just before the jobs report to 2.95%.

While those rates are below their recent peaks, they’re heading back in that direction. “There is some repositioning here by those that got long ahead of it [jobs report] because it just reinforces the aggressive Fed response,” wrote Peter Boockvar, chief investment officer at Bleakley Advisory Group.

The same might be true for stock investors that had gotten too optimistic. The S&P 500 had gained almost 10% from its intraday low for the year hit on May 20 to Thursday’s close. That gain was partly predicated on the narrative that called for declining inflation and a less aggressive Fed. The May jobs report doesn’t seem to fully validate that thesis.

While there were signals in the jobs report that inflation is cooling down, it’s not declining by much. “There are encouraging signs,” said Marvin Loh, senior macro strategist at State Street.  “It’s [lower inflation] just this slow, iterative process.”

One of the major concerns is about corporate earnings. Higher rates and slower economic growth likely means slower earnings growth. With aggregate 2022 S&P 500 earnings per share estimates still up for the year according to FactSet, “we think the market is going to have to go through an earnings reckoning,” says Shawn  Snyder, Head of Investment Strategy at Citi U.S. Wealth Management.

Here are some stocks on the move Friday:

(LULU) initially rose, before finishing down 0.6% after the company delivered an upbeat fiscal first-quarter report and full-year earnings forecast.

(CRWD) fell 6.9% even after the company posted better-than-expected quarterly adjusted earnings and boosted its full-year outlook.

(TPTX) stock gained 118.4% after an announcement that

(BMY) will buy the company for $4.1 billion. The company’s market cap before it was announced that it will be acquired was just over $1 billion.

Thu Jun 9 , 2022
People go to Google to clarify even the most insignificant doubts they have on a day-to-day basis. You put in a search query, and in seconds, there are hundreds of search results with the chosen keyword. The web has become the biggest platform that engages people like no other source. […] 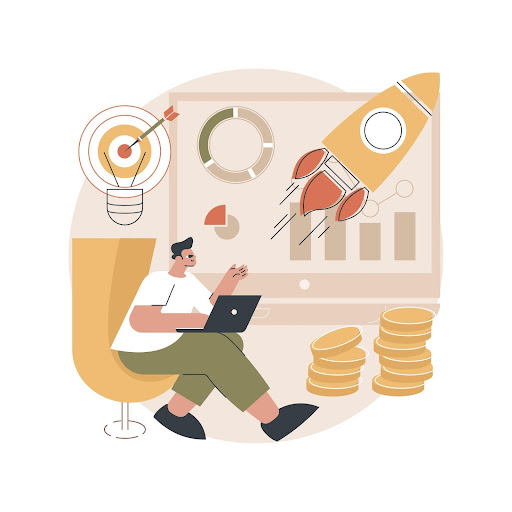