THE FIRST glimmer of hope for Ukraine may have emerged from Istanbul, but no one’s taking any chances in Rzeszow. This small town in southeastern Poland, with a population of just 2 lakh and a city about 10 km wide, continues to be the hub of a massive military transfer operation that has enabled Ukraine to put up an unexpectedly resolute defence against Russia.

At the heart of Rzeszow is City Hall, which has Ukraine’s blue-and-yellow flag in the front along with the white-and-red of Poland. And, it’s through Rzeszow’s civil airport, barely 100 km from the border, that weapons shipped from the West are transported to Ukraine, which then make their way to the frontlines — from Kyiv to Mariupol.

Marek Swierczynski, a top military analyst in Poland, told The Indian Express that Rzeszow “has become the main spot” for the transfer of weapons that have stalled Russia’s advances across the front. Once military equipment lands at Rzeszów-Jasionka Airport, it is loaded onto trucks and other local vehicles, and taken to Ukraine through E40, the longest east-west highway in Europe.

Swierczynski says this is also the reason why there is always the threat of a Russian attack on Rzeszow or the convoys from there. “The operation from Rzeszow is potentially dangerous even though there has not been any attack yet,” Swierczynski, who writes for “Polityka Insight”, said.

Barely ten days ago, Russian Foreign Minister Sergei Lavrov had warned: “We clearly said that any cargo moving into Ukrainian territory, which we would believe is carrying weapons, would be fair game.”

Rzeszow is also where US President Joe Biden landed on his visit to Poland last week and met with American troops from the 82nd Airborne Division, which is part of NATO’s eastern flank.

According to a military analyst in Lviv, around 90 per cent of Ukraine’s weapons are still of Soviet or Russian origin. “Artillery is about 100 per cent Russian or Soviet, as are 90 per cent of tanks. When it comes to other military vehicles, because Ukraine has started building its own, 70 per cent are Russian. When it comes to anti-tank guns, it’s split half between Ukrainian and Western-made. But all sniper guns with Ukraine are of Western origin,” the analyst said.

Most of what Western nations are sending to Ukraine, the analyst said, are anti-tank and anti-aircraft weapons, like Man-portable air-defence (MANPAD) systems. Because of the Soviet past, most sophisticated weapons within Ukraine are unable to “talk” to Western weaponry. Hence, the West can only send “independent” weapons that don’t need to be integrated with other systems.

But since Poland was part of the Eastern Bloc, its historic links with the Soviet Union are of immense help to Ukraine at the moment. “Only countries like Poland, which used to have Soviet calibre weapons, can help send munitions to Ukraine,” Swierczynski, the analyst in Poland, said.

Swierczynski emphasised that none of the weapons are sent by NATO as an organisation, but by some of its member states.

Michael Bociurkiw, a global affairs analyst and Senior Fellow at Atlantic Council who has been in Lviv for the past few weeks, told The Indian Express: “The Western allies are providing NATO weaponry. Everything from flak jackets to helmets, to surface-to-air missiles. Things to help Ukraine defend itself. But what Ukraine is really asking for is more of it. But also more advanced weapons to shoot down high-flying and fast Russian missiles and aircraft.”

He said “switchblade drones, also called Kamikaze drones”, are also being sent by the US now.

Ukrainian President Volodymyr Zelenskyy, Bociurkiw said, is asking for a “lot more, and that they are running out of some weapons”. He said the “rate at which they are shooting lethal weaponry, you have to re-supply on a very robust basis”. Even the Territorial Defence forces, made up entirely of volunteers, “are desperately in need of simple things like flak jackets and helmets”.

“A lot of money is being raised in the West, but the bottleneck is getting it to the frontline,” he said.

According to experts, the EU and NATO have placed military and non-military personnel in Poland to share their logistical experience for an operation of this scale. And, apart from road routes, there are reports that some of the equipment is being sent through trains, which officials are not willing to comment on.

Incidentally, the longest broad gauge track that links Poland to Ukraine is Broad Gauge Metallurgy Line, which was built during the communist period of the 1970s — and passes through a town about 60 km north of Rzeszow.

Wed Mar 30 , 2022
For the last two decades, the worst punishment that federal financial regulators seemed willing to impose was forcing companies caught repeatedly violating the law to admit they had done something wrong. Rohit Chopra, the director of the Consumer Financial Protection Bureau, says regulators should go much farther: He wants banks […] 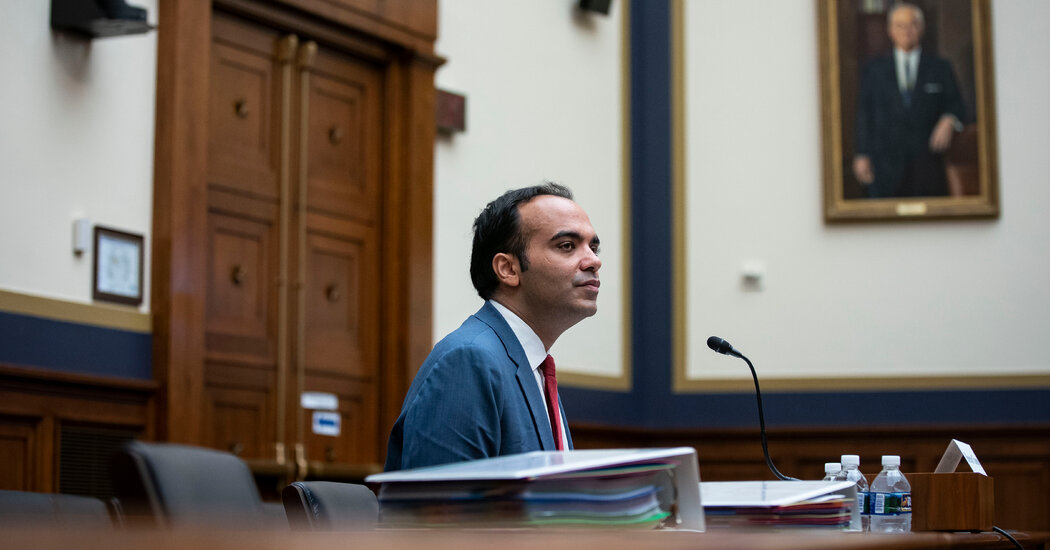