LONDON, March 29 (Reuters) – Russia has offered to buy back dollar bonds maturing next week in roubles in a move seen by analysts as helping local holders of the $2 billion sovereign issue receive payment, while also easing the country’s hard-currency repayment burden.

The finance ministry offer on Eurobonds maturing on April 4, Russia’s biggest debt payment this year, follows Western moves to tighten sanctions against the country over its invasion of Ukraine and to freeze Moscow out of international finance.

Moscow, which calls its actions in Ukraine a “special military operation”, says Western measures amount to “economic war”. In response, it has introduced countermeasures and has demanded foreign firms pay for Russian gas in roubles rather than dollars or euros. read more

The bonds – issued in 2012 – would be bought at a price equivalent to 100% of their nominal value, the ministry said its statement. Buying back bonds will reduce the overall size of the outstanding bond when it matures on April 4.

However, it was not immediately clear if the amount the government would buy back was limited or what would happen to holdings of creditors that would not tender their bonds.

The terms of the bond prescribe that repayment has to occur in dollars. Repaying at maturity in roubles might again raise the prospect of Russia’s first external sovereign default in a century.

“This is a tender offer and not a final decision that these bonds will be paid in roubles. Perhaps, Russian authorities want to gauge investors’ willingness to accept payment in roubles?” said Seaport Global credit analyst Himanshu Porwal.

Tim Ash of BlueBay Asset Management, which is not a bondholder, said the move was part of a fight back by Russia’s central bank and finance ministry “to fend off default and stabilise markets and the rouble”.

Ash said the United States’ Office of Foreign Assets Control (OFAC), which enforces U.S. sanctions, “should make clear” it will not extend a deadline of May 25 for U.S. individuals or entities to receive payments on Russian sovereign bonds.

Russia’s finance ministry said in its statement on Tuesday that bondholders should submit requests to sell their holdings to the National Settlement Depository between 1300 GMT on March 29 and 1400 GMT on March 30.

A fund manager said the ministry’s offer might be designed to help Russian investors secure payment because Euroclear, an international settlement system, had been blocking dollar payments to the Russian clearing system.

“Everybody wants dollars right now – in and outside Russia – so I would assume that only local holders and local banks that have issues with sanctions will make use of this operation,” said Kaan Nazli, portfolio manager at Neuberger Berman, which recently reduced its exposure to Russian sovereign debt.

Nazli, who said he had not previously seen a buyback that switched the repayment currency, added that foreign investors were unlikely to be interested given the rouble “is no longer a convertible currency.”

The rouble initially crumbled after the West imposed sanctions, plunging as much as 40% in value against the dollar since the start of 2022. It has since recovered and was trading down about 10% in Moscow on Tuesday.

The finance ministry did not provide a breakdown of foreign and Russian holders of the Eurobond-2022. It did not respond to a request about how much of the outstanding $2 billion it wanted to buy back or what would happen if investors refused the offer.

The bond has a 30-day grace period and no provisions for payments in alternative currencies, JPMorgan said.

According to Refinitiv database eMAXX, which analyses public filings, major asset managers such as Brandywine, Axa, Morgan Stanley Investment Management, BlackRock were recently among the holders of the bond coming due on April 4.

The finance ministry had said earlier on Tuesday it had fully paid a $102 million coupon on Russia’s Eurobond due in 2035, its third payout since Western sanctions called into question Moscow’s ability to service its foreign currency debt.

Russian sovereign debt repayments have so far gone through, staving off a default, although sanctions have frozen a chunk of Moscow’s huge foreign reserves. Russian officials have said any problem with payment that led to a formal declaration of default would be an artificial default.

Russia’s next payment is on March 31 when a $447 million payment falls due. On April 4, it also should pay $84 million in coupon a 2042 sovereign dollar bond . read more

Canada's Stock Market Is Beating the U.S. How to Play It.

Wed Apr 6 , 2022
Text size Canadian stocks have done better than their U.S. and European counterparts so far this year. Dreamstime War in Europe is pushing up commodity prices while interest rates rise as central banks try to curb inflation. The pressures are being felt worldwide as investors price in slower economic growth […] 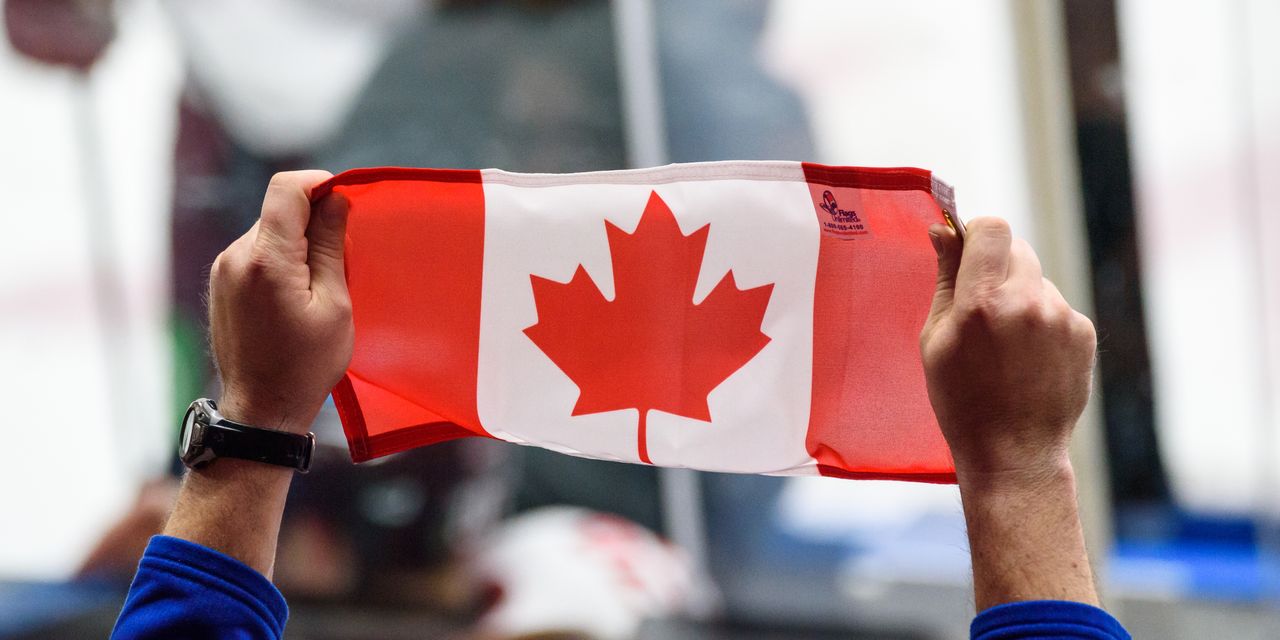