Huawei reported its first yearly revenue decline on record in 2021 as U.S. sanctions continued to hurt the company.

But the Chinese technology giant’s income surged last year as it focused on boosting profitability.

“Despite a revenue decline in 2021, our ability to make a profit and generate cash flows is increasing, and we are more capable of dealing with uncertainty,” Huawei’s chief financial officer, Meng Wanzhou, said in a statement.

Huawei’s annual report released Monday is the first high-profile corporate event Meng has led since returning to China from Canada, where she was engaged in a nearly three-year extradition battle with the United States. Meng spoke at a press conference at Huawei’s headquarters in Shenzhen.

Meng said during a press conference on Monday that U.S. sanctions, “supply continuity challenges” and slowing 5G demand in China were key reasons behind the revenue fall.

Under former U.S. President Donald Trump, Huawei was put on a U.S. blacklist called the Entity List which restricted American firms from exporting key components and software to the company. Washington has sought to cut Huawei’s access to high-end chips required for its smartphones and other hardware. Huawei’s smartphone market share globally has plunged as a result.

These moves had had a big impact on the company’s business units. Huawei’s consumer division, which houses smartphone sales and other products, brought in 243.4 billion yuan in 2021, down nearly 50% year on year.

The carrier business, which includes sales of telecommunications equipment, posted revenue of 281.5 billion yuan, down by around 7% year on year.

One bright spot for the company was its nascent enterprise business, its smallest division currently, but one Huawei is focusing heavily on to pick up the slack. Huawei’s enterprise unit includes cloud computing.

To counter U.S. sanctions, Huawei is investing heavily in new areas including the automotive industry and hiring more scientists to focus on technology development.

“Relying on talent, scientific research, and an innovative spirit, we will continuously increase investment to reshape our paradigms for fundamental theories, architecture, and software, and build our long-term competitiveness,” Guo Ping, Huawei’s rotating chairman, said in a press release.

Huawei is not a public company but releases annual results which it says are audited by accounting firm KPMG.

A new study reveals which city has the worst traffic, and it's no longer Los Angeles

Tue Mar 29 , 2022
They held the title for nearly 30 years, but Los Angeles residents can no longer claim they have the worst traffic in the country, according to a study on traffic trends in 2020. The Texas A&M Transportation Institute study had ranked the Los Angeles-Long Beach-Anaheim region as the area with […] 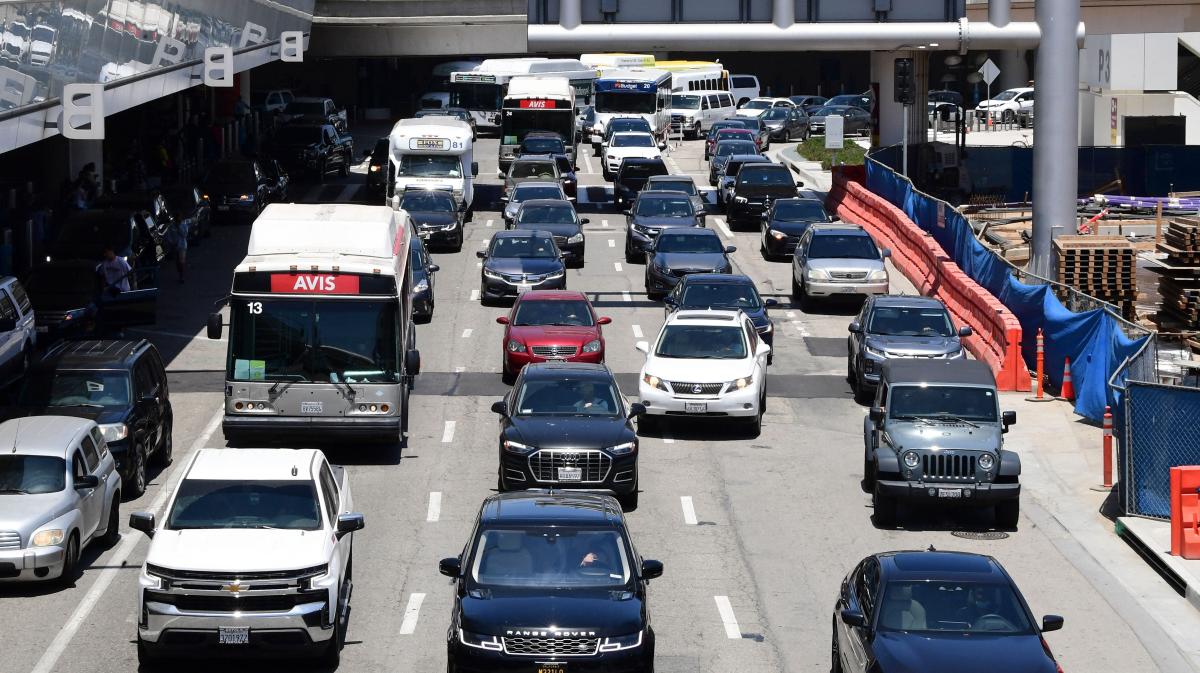