The recent history of investing in airlines has been volatile, with events from 9/11 to the financial crisis to the Covid-19 pandemic creating multiple sector low points.

But is it possible that the airlines are OK after all? Long-time airline stock skeptic Warren Buffett had placed big bets on U.S. airlines after a recent wave of consolidation, but when Covid hit, he did a cut and run.

Now stocks of leading carriers like Delta Air Lines are bouncing back from a brief flurry of near-panic caused by the arrival of a new strain of Covid-19, the omicron variant, which was first detected in South Africa and has now been noted in 50 countries and 19 U.S. states. After a correction in the NYSE Arca Airline Index, highlighted by a 25% drop for Delta, the most valuable U.S. carrier, airline stocks are up, though still at share price levels below where they were a month ago.

Analysts point to several factors that make this flurry of Covid fears not like others, caused first by the initial pandemic wave in March of last year and as recently as the delta variant market scare over the summer. First and most important, passengers are not bailing on air travel this time, though there are international travel restrictions back in place and the eventual impact of omicron remains to be judged by the full weight of scientific evidence still being collected. Recent data, though not peer-reviewed, has shown that omicron may evade vaccine protection to a greater extent than delta even if it does not cause serious disease, and Pfizer CEO Albert Bourla said on CNBC on Wednesday morning that a booster shot may help.

Meanwhile, capital markets have shown that they will stand behind carriers, lending them money or even buying more stock, and Delta and other carriers have worked to reduce costs, and benefitted from federal aid designed to limit layoffs and keep airlines afloat.

“Certainly there will be an impact from omicron, but it won’t be as severe or last as long as last week’s selloff implies,” said CFRA Research analyst Colin Scarola, who says he has been telling clients to buy the dip.

The first number that tells an investor how an airline is doing is its passenger load factor – the percentage of seats on each plane that are filled, reported both by the U.S. Department of Transportation and the International Air Transport Association. Additionally, the Transportation Safety Administration tracks traffic at airports, and its data is reported more frequently than sales data.

This is better than the airlines did during the delta variant, CFRA Research analyst Colin Scarola said. Government data says airlines lost almost six percentage points off their load factor in August, dropping to 78.7% of seats filled from 84.3% in July. (The pre-Covid peak level was 88.8%, on a larger number of flights).

“People have gotten used to the idea that you might not be protected from the virus, but you won’t get extremely sick,” Scarola said. “That makes it easier. We’ve gotten over that hump.”

That would put the behavior of airlines stocks in line with what has been learned about the economy and market since the pandemic began: the economy learns to deal with each successive wave better, and the stock market rebounds quicker from scares.

A Delta spokesman said the company won’t comment on its plans or guidance, but pointed to the company’s third quarter as evidence of how it would manage through any omicron downturn. The delta variant hurt all airlines’ traffic in the third quarter, causing Delta Air Lines’ load factor to come in at 80%, eight points below its pre-Covid level.

Yet the company made a $216 million pretax profit on $9.15 billion of sales, excluding more than $1 billion in temporary government assistance. On its earnings conference call, executives cited a long list of drivers. More diverse revenue streams, as an increased emphasis on carrying cargo on less-full international routes propped up sales; the company’s credit-card deal with American Express generated more royalties; and contained costs from fuel as the company turned to buying more used planes in its long-running fleet upgrade to increase fuel efficiency, even paying cash for more planes to contain financing costs.

“The simplification and revitalization of [our] fleet driv[es] permanent change in our cost structure, with benefits estimated to be around $400 million in 2021 and around $650 million in 2022,” Delta chief financial officer Daniel Janki said on the call. “This is compared to 2019. These savings will continue to scale in future years as we take delivery of next-generation aircraft, restore flying volumes, and further simplify the fleet.”

Overall, Delta reported that its costs per seat mile traveled were 7% lower than in the third quarter of 2019, the last pre-pandemic summer season. Its capital spending fell 12%. And its cash on hand and short-term investments were $13.2 billion, up from $1.9 billion two years earlier.

Management at major airlines is changing. On Tuesday, American Airlines announced its long-time CEO Doug Parker would retire and be replaced by Robert Isom. At Southwest Airlines, CEO Gary Kelly will step down in February.

Airlines have not been a good bet in recent market history. Parker, who originally became CEO of America West shortly before 9/11, oversaw a series of airlines and mergers through that crisis, the financial crisis and Covid. “I don’t think we’re ever going to lose money again,” Parker had said on the company’s investor day in September 2017. Since a peak in January 2018, American’s shares are down about 70%.

Parker told CNBC on Tuesday that the airline is on “solid financial footing” and “demand is coming back.”

Isom declined to discuss a profitability path, and the American Airlines officials said any time there are travel restrictions it will dampen travel, but there is “pent-up demand” in the corporate market, based on conversations with CEOs and other corporate buyers with whom the company is in contact, and it is betting the corporate market may return to health as early as next year.

Southwest said on Wednesday it is expecting to be profitable in the fourth quarter as demand and fares rise. Its 2022 forecast predicts profitability and capacity that could range from a 3% decline compared with 2019 to 2% growth.

The balancing of capital stockpiling with cash buildup has been enabled by the capital markets, which have remained willing to lend to airlines throughout the pandemic, said analyst Peter McNally of consulting firm Third Bridge Group. Executives at American Airlines, which took on more debt during Covid, told CNBC said the company plans to de-leverage as demand returns. And that demand is fed by growing evidence that flying, especially with masked, mostly vaccinated customers, isn’t a high-risk activity for contracting Covid, McNally said.

“It’s a long way to go to next summer,” McNally added.

The lower costs and more efficient fleets set airlines up to rebound sharply as passenger traffic returns, Scarola said. The omicron scare may delay that process, but he still thinks load factors and other traffic measures will return to pre-pandemic levels by early 2023 after improving throughout next year. Especially crucial is the return of high-margin business and international travelers, which have come back more slowly than domestic leisure travel, he said.

Sun May 8 , 2022
Stocks did an about-face Thursday, tumbling after a key bond yield spiked—ever so briefly—and the Federal Reserve chief made clear that a half-point interest rate increase is “on the table” for May. There was a bit of good news: earnings across the board keep beating Wall Street’s expectations. All three […] 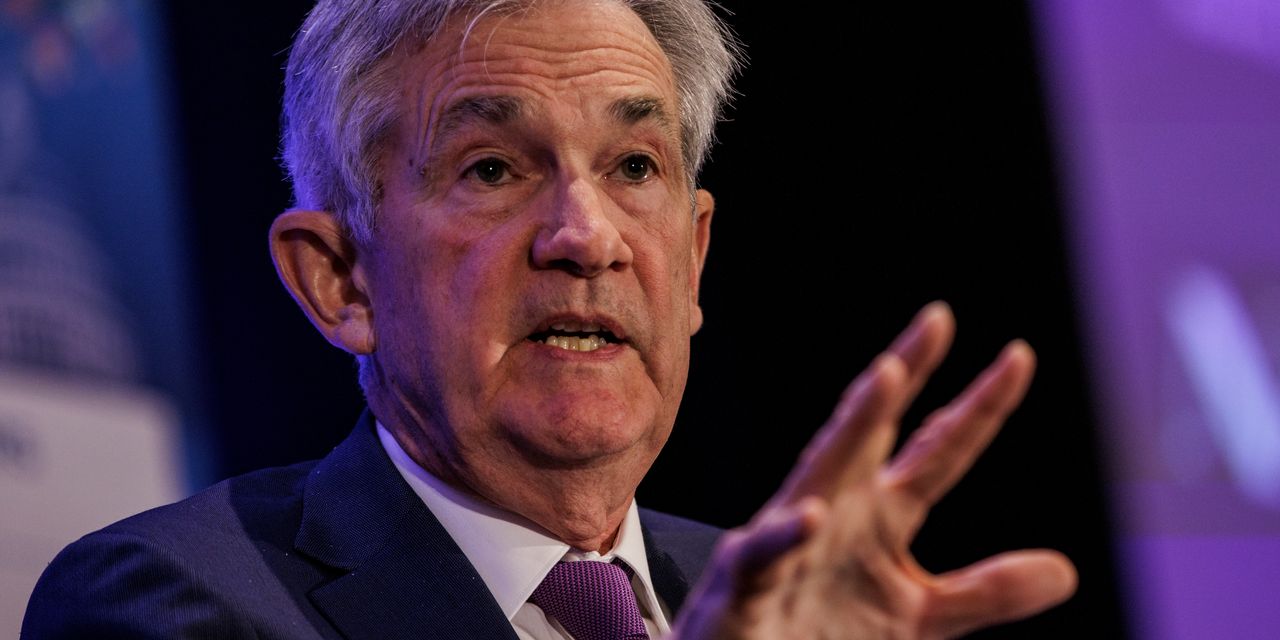