Following on from the phenomenal growth in the use of
cryptocurrencies worldwide, there is increasing incidence of
cryptocurrency disputes across the globe. In probably one of the
highest profile international cryptocurrency disputes in recent
times, thousands of derivatives investors are apparently looking to
bring claims against cryptocurrency trading platform Binance for
alleged losses arising from a widespread service outage in May 2021
which coincided with a massive drop in the price of Bitcoin. The
massive sell off of cryptocurrencies at the material time allegedly
resulted in clogged transactions which prevented investors from
closing out or liquidating their trading positions during the
outage.

In January this year, Singapore-based cryptocurrency exchange
platform Crypto.com was hacked, with the accounts of over 400 users
being affected and which resulted in unauthorized withdrawals of
cryptocurrencies worth USD 35
million.

More recently, the volatile financial environments informed by
force majeure events and geopolitical developments might have
enhanced the risk profiles of several cryptocurrency based
financial instruments and led to margin calls that could be
disputed.

Cryptocurrencies are records on a series of ledgers in a large
network of computers worldwide. There are no national borders in
the decentralised blockchain. These digital assets are not located
in any particular physical location and could be perceived to be
“everywhere” at the same time. The users of
cryptocurrencies may come from different parts of the world or may
not even be readily identifiable. Cryptocurrency exchanges, NFT marketplaces and platforms may not
necessarily have a legal presence in the place where the users come
from, if at all, or may have any or substantial real assets in
places where they have a legal presence in. At the same time,
cryptocurrencies held via a wallet or account in one part of the
world can be readily transferred to another part of the world in
minutes.

Accordingly, cryptocurrency disputes are inherently
cross-border by nature, and invariably invokes legal
issues that span across different countries. The internationality
of such disputes means that the laws of different jurisdictions may
apply, and possibly clash with each other, at the same time.

This presents fertile ground for parties to expend substantial
time and money over technical, but no less real, disputes. This
could take the forms of a jurisdictional challenge disputing over
where the main dispute ought to be resolved, challenges on which
system of substantive law ought to apply to determine the main
disputes, the choice of law rules to apply, and more. Savvy
arbitrants could deploy cross border tactics, whether legitimate or
guerrilla, to exhaust the counterparty such that there is little
money and energy left by the time parties get to properly arbitrate
their disputes.

The Binance class action arbitration provides a contemporaneous
illustration of the myriad of technical challenges relating to the
internationality of cryptocurrency disputes. Binance has been
perceived to be a decentralized entity with no global headquarters.
As the Binance User Terms could seemingly be clearer as to which
specific Binance entity contracted with the investors (with a
generic reference to “Binance operators”), parties may
face jurisdictional challenges around whether any arbitration would
be commenced against the correct party to the arbitration
agreement.

Further, there could be challenges around whether the dispute
could even be arbitrated to begin with. The Binance User Terms
provide for a substantive law to govern its agreement. The same law
however requires cryptocurrencies derivatives trading to be
licensed. This could mean that the arbitral tribunal might have to
first determine the preliminary question of whether the matter is
arbitrable (and if so, under what system of law) before the
arbitration may proceed.

There are in addition serious questions to be asked around
whether the relevant arbitration rules allow for a “class
action” arbitration. Where Binance’s consent is required
under the rules for parties to be joined and arbitrations to be
consolidated, and where such consent is not obtained, each investor
may have to pay for separate costs for each arbitration. Other
concerns include security for costs in a funded class action, and
the extent in which the publication of the dispute across different
fora would constitute a breach of the arbitration agreement,
amongst others.

Given the ease in which cryptocurrencies can be transferred,
converted into fiat currencies, disposed (NFTs are increasingly placed as collateral for
loans), and dissipated to anonymous or unknown users in any
location in the world, it is often of paramount importance that the
cryptocurrencies be ‘frozen’ to preserve the status quo,
pending the issuance of a final award by the arbitral tribunal. In
relation to NFTs, a digital wallet or
trading account can be opened by anyone and the private keys to the
NFT can be readily sold with a click of a
button to third parties who have no notice that the NFT may be the subject matter of a dispute.

In this regard, the Singapore International Arbitration
Centre (“SIAC“) emergency
arbitration mechanism plays a vital role in ensuring that
the final arbitration award is not rendered nugatory by the
dissipation or disposal of cryptocurrencies prior to the
determination of the dispute. The SIAC
emergency arbitrator is empowered under Rule 30 read with Schedule
1 of the SIAC Rules 2016 to, at the
request of a party, issue an order or an award granting an
injunction or any other interim relief it deems appropriate. The
SIAC Rules prescribe for an Emergency
Arbitrator to be appointed by the President of the SIAC Court within one day of an emergency
arbitration application, and the Emergency Arbitrator is compelled
under the SIAC Rules to make any interim
order or award within 14 days of his/her appointment.

The international enforceability of an SIAC emergency arbitration award is
increasingly gaining recognition across different jurisdictions.
Recently in August 2021, the Indian Supreme Court in the decision
of Amazon.com NV Investment Holdings LLC v Future Retail Limited & Ors
enforced an order for urgent relief issued by an emergency arbitral
tribunal appointed by the SIAC.

It is now possible under English law (Aa v Persons
Unknown [2019] EWHC 3556 (Comm),
Elena Vorotyntseva v Money-4 limited and others [2018]
EWHC 2596 (Ch)), Hong Kong law (Nico
Constantijn Antonius Samara v Stive Jean Paul Dan [2019] HKCFI 2718) and more recently Singapore law
(CLM v CLN
and others [2022] SGHC 46) to obtain
a proprietary injunction to prohibit counterparties from dealing
with, disposing of or diminishing the value of the relevant
cryptocurrencies where there is a dispute over ownership of the
cryptocurrencies, or a mareva freezing injunction to restrain
counterparties from dissipating assets of up to the value of the
cryptocurrencies in question.

It remains to be seen to what extent can an anti-arbitration
injunction be sought from a jurisdiction that does not allow such
injunctions, in an attempt to counteract an emergency arbitration
seeking to preserve the status quo of an arbitration.

Volatility, valuation concerns and the need for speed

The spot price of a digital token can be a few cents in Q1 2022,
but rise to a (US) dollar plus come Q3 2022. If the obligation to
pay cryptocurrencies crystalizes in time in Q1, should the arbitral
tribunal order the obligor to compensate based on the spot price in
Q1, or should the tribunal take into consideration the earnings
that the obligee could have made in Q3 if payment was indeed made
in Q1. What if, by the time the tribunal is prepared to assess the
damages to compensate, the market value of the tokens drops to a
level lower than what it was before the arbitration commenced
(perhaps due to external force majeure events)?

Expert witnesses could be involved in an arbitration to submit
on the valuation of the cryptocurrencies, where the valuation
methodologies used and assumptions adopted by each expert might
tested against each other. The valuation exercise may involve a
consideration of a combination of factors such as the
arbitrant’s prior trading behaviour, historical trend and
projections around the relevant cryptocurrency, market trends and
predictions, inherent value of the token in question and of the
token issuer if any.

Of course, a way to obviate complex issues around valuation
altogether would be to resolve the cryptocurrency dispute in as
fast a time as possible, before any dramatic shifts in valuation
could possibly take place. JAMS, formerly
referred to as the Judicial Arbitration and Mediation Services,
Inc. in the United States, published a set of rules specifically
catered to resolve disputes arising out of smart contracts.
Notably, the rules mandate that disclosure of documents shall be
limited to the written statement of an expert witness as to the
meaning of how relevant code in the smart contract should be
interpreted, and the “only documentation that will be reviewed
or considered by the Arbitrator shall be the written contract, the
computer code and the [expert] witness’s testimony” (Rule
12). The arbitrator has to issue an award no later than 30 days
after his/her appointment.

In a similar vein, the SIAC‘s Early Dismissal process is
eminently suitable to resolve straightforward disputes around
obligations to pay cryptocurrencies. Under Rule 29 of the SIAC Rules 2016, a party may apply to an
arbitral tribunal for the early dismissal of a claim or defence on
the basis that a claim or defence is manifestly without legal
merit. The SIAC Rules provide that the
order or award shall be made within 60 days of the filing of the
application.

The content of this article is intended to provide a general
guide to the subject matter. Specialist advice should be sought
about your specific circumstances. 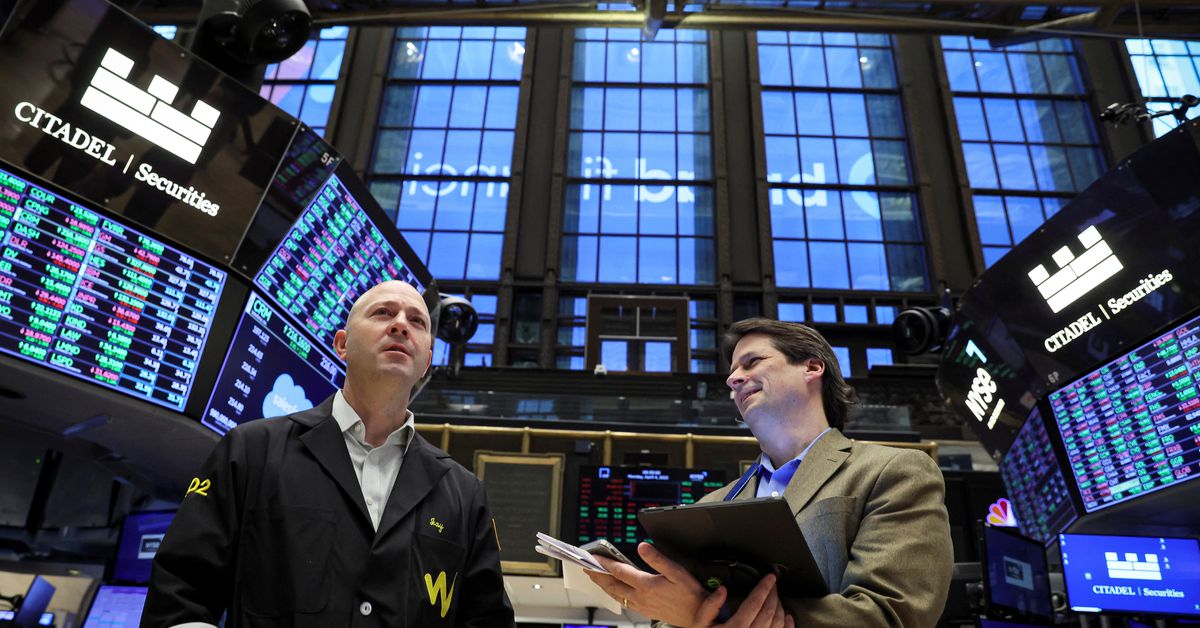