Brace for another tricky quarter for

Netflix stock (ticker: NFLX) has tumbled about 33% since the streaming giant reported fourth-quarter results in January. The primary issue three months ago was a disappointing outlook for Netflix’s first-quarter subscriber growth. Netflix projected 2.5 million net new subscriber additions for the March quarter, well shy of the previous Street consensus forecast at 5.7 million. Now, consensus calls for 2.8 million net adds in the quarter, but that number may be a little stale, and the real result could be considerably lower.

Netflix’s first-quarter earnings report will land after the close of trading on Tuesday. The company has projected revenue for the quarter of $7.9 billion, up 10.3% from a year earlier. The current Street consensus as tracked by Factset calls for $7.94 billion in revenue, with GAAP earnings of $2.95 a share, which would be down from $3.75 a year earlier. On a non-GAAP basis, the Street expects $3.10 a share, down from $3.99.

Meanwhile, the company’s outlook for the June quarter’s net subscriber additions is likely to be key to the Street’s reaction to the report—current consensus calls for 2.5 million net adds. Keep in mind that the second quarter has historically been weak for Netflix. Last year, the company added just 1.5 million subs in the June quarter, the low point for the year. In 2019, prior to the pandemic, the June quarter was also noticeably weaker than the other three quarters that year.

One factor that may not be in the Street consensus for the June quarter, however, is that Netflix has suspended operations in Russia, where it reportedly has about 1 million subscribers. Remember that the company reports net—not gross—subscriber additions. So depending on how Netflix computes the number, that would be a million subscribers off the top.

Monness Crespi Hardt analyst Brian White, who has a Neutral rating on Netflix shares, says the company’s slow growth will likely continue to weigh on the stock’s performance.

“Although the content on Netflix has been exceptional over the past couple of years, nefarious forces appear to be lurking beneath the surface of Netflix’s post-lockdown recovery, either in the form of a slower-than-expected healing process after the pandemic-driven pull forward, a weaker-than-expected global economy, or a platform that has simply hit a near-term growth wall,” White writes in a preview of first-quarter results. He also notes that Netflix’s guidance points to the company’s slowest revenue growth since the 2012 fourth quarter.

J.P. Morgan analyst Doug Anmuth maintains an Overweight rating and $605 target price on Netflix shares, which ended last week around $350. He projects just 1 million net adds for the second quarter. In addition to seasonal weakness, there are signs of growing out-of-the-house consumer activity in the current quarter, which could muffle growth, he writes. Net growth could also be reduced by recent price increases in the U.S., Canada, the U.K., and Ireland. In short, he thinks guidance for 1 million net adds might prove optimistic. But he remains a long-term bull, and expects improved growth in the second half.

Last week, BMO Capital analyst Daniel Salmon trimmed his first-quarter subscriber forecast to 1.76 million from 2.48 million, largely to reflect the loss of the company’s Russian subscribers. He also cut his price target for Netflix stock to $640 from $650, but maintained his Outperform rating. While subscriber trends still matter, he says that investors are paying more attention now to the path to profitability for streaming sector players—and the analyst notes that his free cash flow estimates are above consensus.

Piper Sandler analyst Thomas Champion is projecting 2.3 million net adds for the March quarter, and 1.9 million for the June quarter. But he likewise maintains his Overweight rating and $562 target price on the stock, noting that free cash flow should be positive in 2022. “In our view, the story has not changed and we think the recent selloff provides a buying opportunity,” he writes.

Champion also writes that a Piper survey of Netflix customers found interest in the company adding an advertising-supported tier. While this idea continues to float around the Street, management has consistently declined any interest in selling ads.

Mon Apr 18 , 2022
NEW YORK, March 29 (Reuters) – The U.S. Treasury yield curve is flashing a warning sign to Wall Street, where many are worried that a recession could be in store after bond investors pushed up short-term rates to the point where yields on the two-year Treasury were actually higher than […] 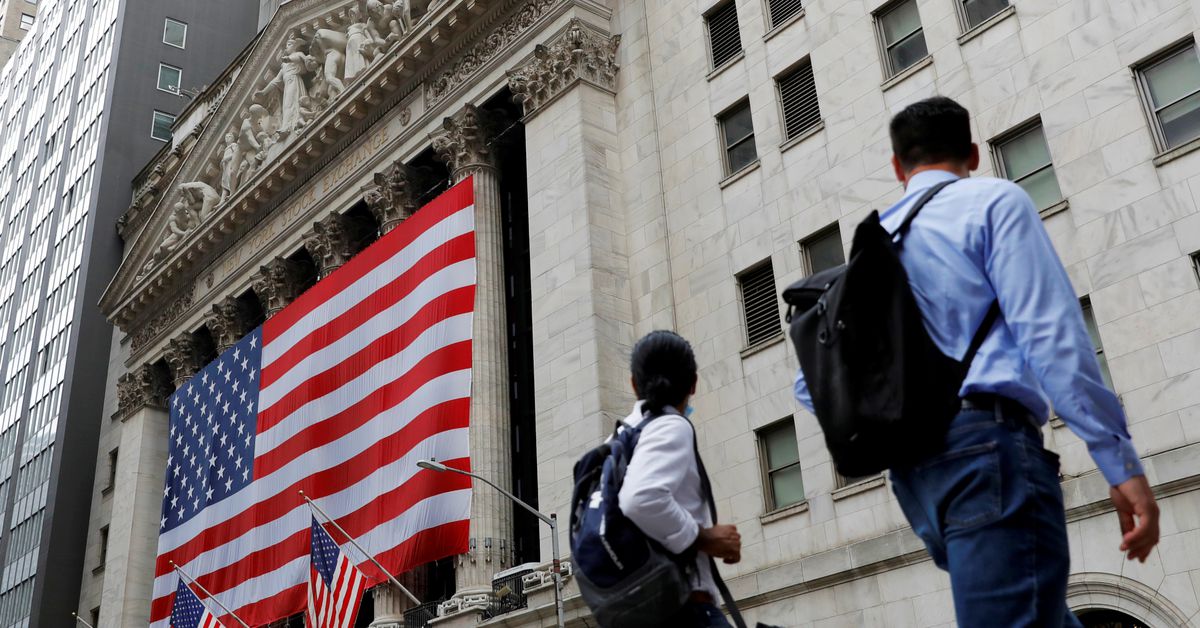