Shares of Facebook parent Meta jumped 18% in extended trading on Wednesday after the company reported earnings that topped estimates even as revenue was disappointing.

Here are the results.

Meta updated investors for the first time since a brutal fourth-quarter earnings report in February sent the stock down 26%, its worst day ever. Daily active users, which declined in the fourth quarter for the first time, bounced back a bit from 1.93 billion to 1.96 billion.

The after-hours rally on Wednesday still leaves the stock way down for the year. As of the close, the shares had lost almost half their value in 2022. But if the stock continues its climb on Thursday and ends the trading day up more than 19.1%, it would be its second-best day ever and its biggest gain since July 2013.

In addition to the earnings figure, Facebook also exceeded expectations for average revenue per user. But almost every other key metric was a miss, including monthly active users.

Revenue rose 7% in the quarter, marking the first time in Facebook’s 10-year history as a public company that growth has landed in the single digits. Analysts were expecting 7.8% growth.

For the second quarter, Facebook forecast revenue of $28 billion to $30 billion, trailing the $30.6 billion estimate of analysts surveyed by Refinitiv. The company said in the release that the guidance takes into account continued trends from the first quarter, including soft revenue growth that “coincided with the war in Ukraine.”

Facebook changed its name to Meta in October, reflecting CEO Mark Zuckerberg’s effort to push the company towards a future of working, playing and studying in a virtual world.

Facebook’s family of apps, including the core app, Instagram and WhatsApp, accounted for 97.5% of revenue in the quarter. The remaining $695 million came from Reality Labs, the part of the company that’s attempting to build products for the metaverse.

Facebook lowered its total expenses guidance for 2022 to somewhere between $87 billion and $92 billion, below its earlier estimate of $90 billion to $95 billion. It expects most of that expense growth to be driven by its family of apps segment, followed by Reality Labs.

Other social media companies similarly pointed to macroeconomic factors impacting their advertising revenue. Snap CEO Evan Spiegel called the first quarter “more challenging than we had expected.” The company said some advertisers had paused advertising campaigns after Russia’s invasion of Ukraine in February. Google-owned YouTube grew just 14% in the first quarter, far below the 25% analysts had expected.

CFO Dave Wehner said that because of the loss of users in Russia, where the country’s media regulator restricted its services, the company expects a sequential decline in MAUs in Europe in the next quarter, which will more fully reflect the result of that government action.

Digital ads could also be impacted by inflation and Apple’s recent privacy changes on iPhone operating systems, which Wehner previously predicted would result in a $10 billion revenue hit in 2022, though he acknowledged that figure was an estimate.

Chief Operating Officer Sheryl Sandberg told analysts on Wednesday’s earnings call that they’ve so far “been able to close a good part of the underreporting gap and share that with advertisers,” but it will take more time to make up for the rest.

“We think while these times are challenging, over the long run, we do have a very strong competitive advantage when you look across the opportunities advertisers have to advertise both offline and online,” Sandberg said.

Meta is also expecting to face a tougher regulatory environment moving forward with Europe coming to an agreement on the Digital Markets Act, which aims to rein in the power of digital gatekeepers.

Sandberg said that though finalized text of the DMA has not been made public, it was generally in line with expectations. She said she expects the regulatory environment to continue to be a “real challenge” for the whole industry.

WATCH: What is the metaverse and why are billions of dollars being spent on it?

Elon Musk’s Tunnel System Works, but the Real Test Is Still to Come

Sat Apr 30 , 2022
(Bloomberg) — The CES technology show in Las Vegas last week was an important milestone for Elon Musk’s Boring Co., which operates a network of underground tunnels to ferry passengers around the massive convention center in Tesla Inc. cars. Most Read from Bloomberg The Vegas Loop performed mostly well, despite […] 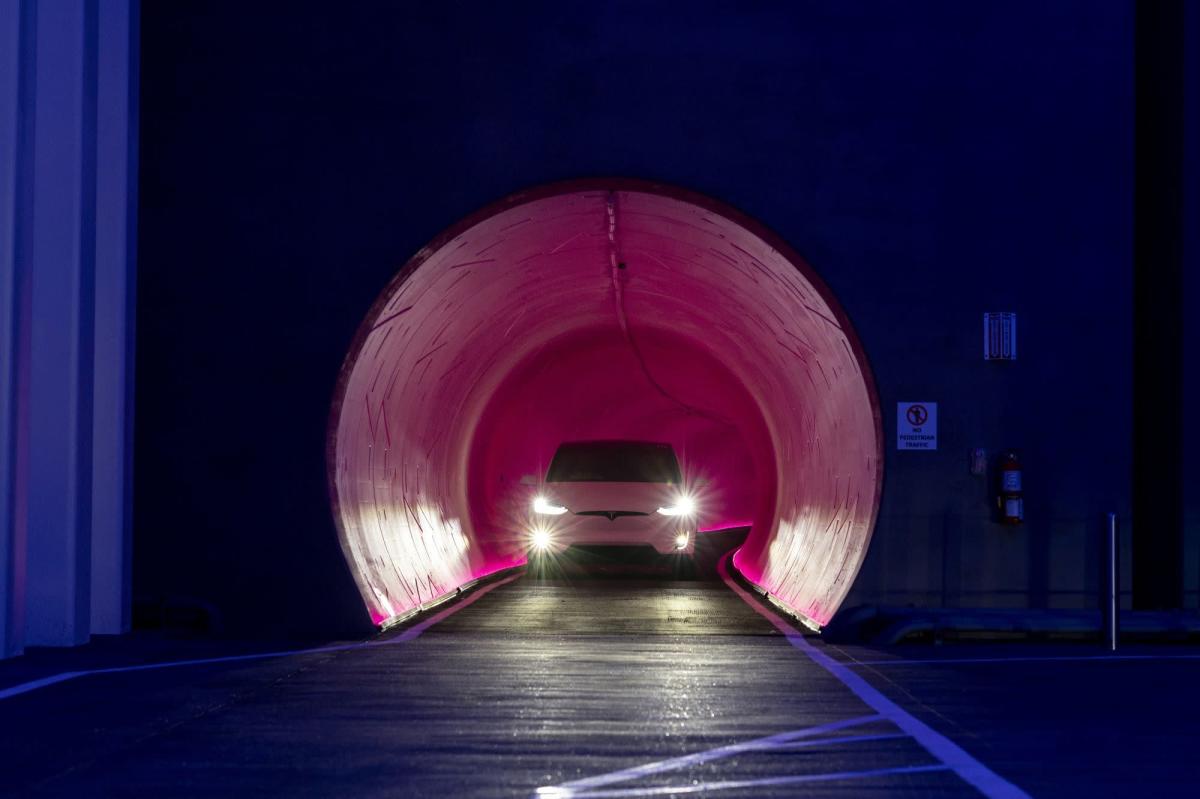