The stock market finally got its bounce.

After dipping its proverbial toes into bear market territory, the Morningstar US Market Index rallied 6.5% in the past week. While that’s good news for battered stock portfolios, equities are still down 13.4% this year.

Another piece of good news is that bond yields have stopped rising—at least for now. In fact, bonds have also resumed their role as ballast in a portfolio of late, with prices rising and yields falling on days when stocks have gotten clobbered.

Why have stocks bounced?

“I would describe this week’s bounce as the exhaustion of selling,” says Jim McDonald, chief investment strategist at Northern Trust. “It’s not a reassessment that the environment is suddenly good for stocks. But given that stocks had gone down quite a bit, it set us up for a relief rally.”

Investors did receive some reassuring news from the Federal Reserve’s favorite inflation indicator, the personal consumption expenditures price index. According to the PCE report, consumer prices rose 6.3% in April from a year earlier, down from 6.6% in March.

While PCE data showed inflation heading in the right direction, as did the most recent consumer price index report, McDonald categorizes the latest news on inflation as “neutral.”

“There’s a real negative economic impact with inflation being this high,” he says. “The Fed is very determined to see some meaningful decreases before they will signal anything close to patience with the level of inflation.”

The coming week will bring the closely-watched monthly jobs report. On Friday, the Labor Department is slated to release data for May, which is expected to show an increase in hiring of 310,000 for the month, according to FactSet. In April, the U.S. economy added 428,000 jobs and the unemployment rate held steady from the month before at 3.6%.

While a strong jobs report would usually be good for the stock market, McDonald says that given the inflation pressures emanating from a tight labor market, that isn’t necessarily the case now.

“The labor market is a concern because of how tight the supply (of workers) has been,” he says. “We had a very similar situation in the housing market where there was a big mismatch between demand and supply. The Fed has been able to adjust that very quickly,” he says, pointing to the rise in mortgage rates and the drop in new home sales reported in the past week.

“The Fed isn’t going to be able to affect the demand for jobs as quickly,” he says. “So we’re in a bad news is good kind of situation, where a softer labor market with some softer wages would be the goldilocks scenario. A hot labor market with a hot wage component would not be well received.”

The holiday-shortened week will bring more annual meetings and some key shareholder votes. Google’s parent Alphabet (GOOGL), investors will vote on a range of proposals including a report on “concealment clauses” that prevent the disclosure of harassment and discrimination cases at the company.

A number of “anti-ESG” proposals are on the docket at companies including Alphabet, Walmart (WMT) and Comcast (CMCSA). These proposals seek to push back on efforts to have firms address environmental, social and governance concerns. At Walmart, shareholders will vote on a reproductive rights proposal.

The spotlight will also be on the meeting for gun manufacturer Sturm Ruger (RGR). As Jon Hale writes, “shareholders will vote on a proposal by asset owner CommonSpirit Health, a Catholic-aligned nonprofit health system, asking the board to conduct a third-party assessment about the human rights impacts of its policies and products. The resolution is aimed at forcing the company to curb misuse of its firearms and to ‘take concrete steps to remediate adverse impacts.’”

Events scheduled for the coming week include:

For the trading week ending May 27:

What Stocks Are Up?

Tech shares rallied with VMware up following news that Broadcom had entered into an agreement to purchase the company. Dell Technologies (DELL) and Zoom (ZM) also closed higher after posting better-than-expected earnings.

What Stocks Are Down?

Snapchat developer Snap fell after the company lowered its revenue and earnings before interest, taxes, depreciating and amortization, or EBITDA, forecasts for the second quarter. Rival Pinterest also closed the week lower.

Sun May 29 , 2022
3. Using AI content-writing tools Copy AI’s content writing tool Other writers may call me a ‘traitor’ for including this trend in our list, but it’s here for good reason… Content marketing plays a huge part in the success of any business’ advertising strategy, and on average content marketers spend […] 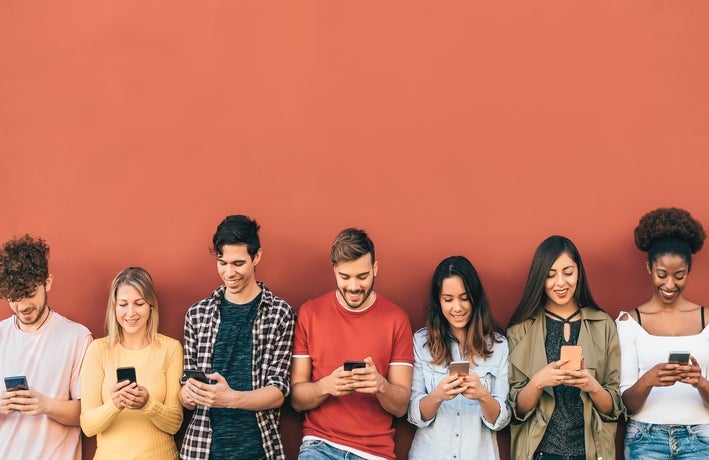