The stock market is fun to talk about, like sports and politics, but it’s so complex that it’s hard for most people to understand.

So the next time someone wants to gab about the financial markets, these talking points will come in handy. “I can’t believe the bond market is telegraphing recessionary signals, and the stock market is roaring back toward record highs,” you might say. Or, “The


Cboe Volatility Index
is broken. It’s around 19, even though World War III is still possible, interest rates are rising, and geopolitics are less stable than U.S. politics.”

You could also say something suave, like stocks are discounting mechanisms, but J Pow (the cool way to refer to Federal Reserve Chairman Jerome Powell) is behind the economic curve. If the conversation just won’t end, shrug your shoulders, pull out your phone, and remove yourself by saying that you need to place an overnight OTC trade for oil in a foreign market.

Such lofty talk is increasingly framing market discussions, making it harder than usual to isolate the signals that are actionable and illuminating from the noise—or information without economic value.

If you would rather do something more than just palaver, consider taking a Stocks First approach: Focus on well-run companies that have smart management teams and, ideally, pay dividends.

(ticker: KKR) in the past, and the private-equity firm will still help you cut through the noise. As a company, KKR has a knack for being in the right place at the right time. It has an intriguing global investment portfolio, and it knows when to buy and how to take profits. KKR, for instance, was an early investor in

(ASO) and recently exited with a tidy profit. Plus, KKR has a 0.98% dividend yield.

In early February, when KKR stock was around $73, we suggested that investors consider selling the March $70 put option and buying the March $75 call option, a so-called risk-reversal strategy—that is, selling a put and buying a call with the same expiration. The put and call premiums basically canceled each other out, so the only costs associated with the trade were commissions and, potentially, buying the shares.

KKR stock subsequently fell after the company reported fourth-quarter earnings later that month, despite relatively good results. If you took our advice, you almost certainly own KKR shares now. Still, shares bottomed around $50 in mid-March and have since rallied some 17% off the low. Investors seem to be concluding that rising interest rates will not crimp private-equity firms and that stock laggards may once more be market leaders.

KKR stock is close to crossing its 200-day moving average around $66, a critical test that could determine whether the stock retraces more lost ground or ebbs lower.

Doing nothing for now—and waiting for the many market-driving events to play out—is a legitimate decision. Yet aggressive investors can position to buy KKR at a lower price while waiting for more gains ahead of KKR’s first-quarter earnings report in early May—a potential stock-moving event.

The risk-reversal strategy is one of many ways to implement a Stocks First approach. Anyone who agrees with this plan of action can, of course, decide on their own options strategy. The bottom line to curating stocks with options is trying to bend market realities to reflect your views.

Steven M. Sears is the president and chief operating officer of Options Solutions, a specialized asset-management firm. Neither he nor the firm has a position in the options or underlying securities mentioned in this column.

Tue Apr 5 , 2022
India’s largest private lender HDFC Bank’s $40 billion acquisition of its biggest shareholder could face regulatory hurdles due to the stake it would give the bank in the insurance sector, analysts said. Sources told Reuters last year that the Reserve Bank of India, which acts as regulator […] 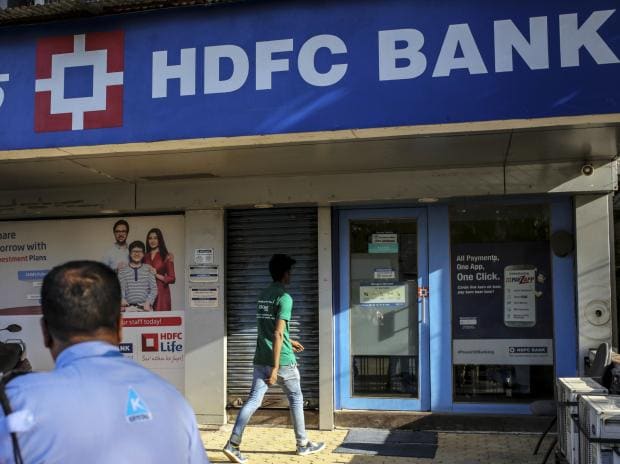