Inflation is seeping through American business, hitting companies in unexpected ways beyond higher prices for materials, shipping or wages.

It is adding to legal costs for the maker of Marlboro cigarettes, driving up the bill for auto repairs at

, prompting people to pay less of their credit-card balances and stoking concerns of shrinking ad spending at social-media companies.

While companies have been sounding the alarm on inflation for the past year, economists were mostly playing down the rising prices as a temporary disruption caused by the reopening of the economy. Instead, inflation has persisted and recently hit its highest rate in four decades, pushing the Federal Reserve to accelerate its plan to raise interest rates.

To preserve profits, companies are passing along more price increases to customers as inflation shows no signs of slowing down.

“It kind of cascades from initially a small set of goods to a much larger set of goods,” said

who was chief economist at the Securities and Exchange Commission from 2004 to 2007 and is now a professor of finance at Carnegie Mellon University.

Rising prices aren’t the main problem with inflation, he said; it is that prices are rising by different amounts at different times. As some prices rise more than others, companies and consumers might change their spending plans, something that can affect the economy as a whole.

“If all prices moved by the same amount that would be cause for some concern, but it would be neutral,” Mr. Spatt said. “Inflation is also an indication that there is a lot of relative variability in pricing.”

Car and home insurer Allstate cited inflation, specifically the surge in used-car prices, for the increased costs of auto-accident claims. Used-car values started climbing in late 2020 and accelerated in 2021 to rise 68% since the beginning of 2019, Allstate said when it reported earnings this month. The higher prices are reflected in insurer payments for totaled vehicles.

In the first half of 2021, Allstate’s profit from auto-insurance underwriting was more than $1.7 billion because a drop in accident frequency offset the rising severity of claims. The number of accidents rose toward pre-pandemic levels in the second half of the year, and the cost of claims continued to rise, resulting in a more than $450 million underwriting loss over the period.

president of Allstate’s property-liability business, said the supply-chain problems and chip shortages that are driving up prices aren’t expected to clear up this year. Meanwhile, the growth in used-car prices should calm down in future quarters, he said. Used-car prices rose 40.5% in January from a year earlier, according to data released Thursday by the Labor Department.

Allstate started raising auto rates in the second half of 2021. It is a reversal from earlier in the pandemic when it was sending refunds to customers as Americans in 2020 were hunkered down in homes.

A Wall Street Journal analysis of 280 companies that had reported quarterly earnings as of Feb. 4 showed that 79% had some discussion of inflation in their conference calls.

For some companies, the increased costs are contractual. Marlboro cigarette maker

Group Inc. expects that inflation will increase the amount it pays from a 1998 landmark tobacco settlement, it said last month. The settlement hit cigarette makers with legal liabilities that led to $200 billion in costs over the years.

Annual payments under the settlement are determined using several components, including an inflation adjustment, which is the higher of either 3% a year or the government’s inflation data published in January, according to Altria’s regulatory filings. The Labor Department reported Thursday that the consumer-price index rose to a 7.5% annual rate in January.

played down impact from inflation on their operations but also warned that rising costs affecting other businesses—such as freight, materials and wages—could curb advertiser spending.

on a conference call this month.

said inflation could affect the company in a few different ways, including higher wages and brands shifting what goods and services they choose to advertise. “We’re not yet seeing real impact from inflation in how our advertising and content partners show up on Twitter,” Mr. Segal said.

The steep rises in prices paid by consumers for items such as food, gas and furniture might develop into cautious spending, some financial-services firms said.

A personal, guided tour to the best scoops and stories every day in The Wall Street Journal.

said the percentage of customers making payments covering their entire balances or more has dropped slightly, with a growing share making minimum payments or lower.

The company said spending rose in the second half of 2021 and payment rates, or the amount people pay against their balance, began to fall from historically elevated levels. The company also pointed to the expiration of government aid to consumers.

“Elevated consumer spending, lower consumer savings, inflationary pressures and return to full financial obligations has begun to impact the accumulated savings levels by consumers, which we believe will lead to a moderation in payment rate,” said Synchrony CFO

on a January conference call.

said the persistence of inflation’s effects on personal consumption, along with labor shortages, supply-chain issues and weaker consumer sentiment, have led it to adopt a more-cautious outlook.

“Our medium-term targets simply did not contemplate inflation at a 40-year high and supply-chain issues not seen in my lifetime,” CFO

said on a conference call this month.

—Salvador Rodriguez contributed to this article.

Mon Feb 14 , 2022
For better or for worse, the 2021 chapter in all our investing journeys has come to a close. Looking ahead, many investors may feel uneasy about buying or even just holding high-priced stocks considering that the S&P 500 is hovering around an all-time high after nearly doubling in three years. […] 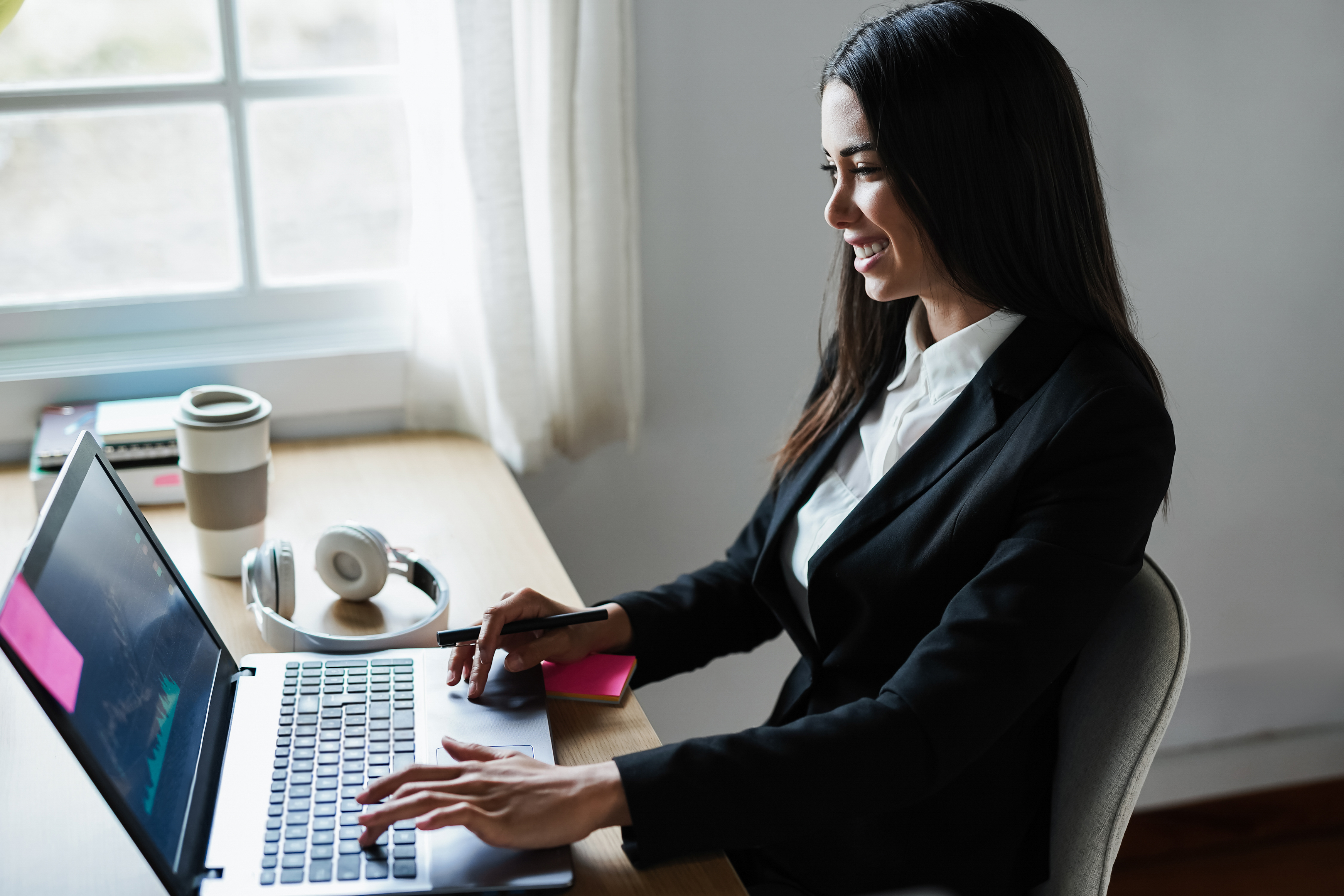