Here’s how the company did:

Revenue in the period rose 7.7% from a year earlier, IBM said in a statement. This is the company’s first full quarter without the managed infrastructure services business it spun off into an entity called Kyndryl. Sales to Kyndryl added 5 percentage points to revenue growth in the quarter. But Kyndryl won’t be delivering growth after October, CEO Arvind Krishna said on a call with analysts.

IBM raised its full-year guidance, calling for revenue growth in constant currency in the high end of its mid-single-digit range, with an additional 3.5 percentage points of growth from Kyndryl. In January the executives told analysts to expect mid-single-digit growth, not including impact from Kyndryl or currency.

In the first quarter, IBM’s software segment generated $5.77 billion in revenue, which was up 12% and above the $5.63 billion consensus among analysts surveyed by StreetAccount.

Also during the quarter, IBM said Francisco Partners agreed to buy its Watson health-care data and analytics assets in a deal reportedly worth over $1 billion. IBM issued updated historical figures for its high-margin software segment to better reflect its financials without those businesses.

In early March, IBM said it stopped doing business in Russia after the country invaded Ukraine.

“Russia is a very de minimis part of IBM,” Jim Kavanaugh, the company’s finance chief, said in an interview on Tuesday. The country accounts for 0.5% of total revenue and 2% of profit, he said. Management hasn’t witnessed any effects on business in Western Europe as a result of the departure, he said.

IBM’s stock has been outperforming the S&P 500 this year, falling about 3% as of Monday’s close, while the broader index is down 6%. Investors have rotated into value stocks in 2022, given rising interest rates and the war in Europe.

“The inflationary impacts and the escalating cost of talent acquisition are real,” Kavanaugh during the interview.

The gross margin of IBM’s consulting business contracted to 24.3% from 27.8% in the year-ago quarter, and the companywide gross margin reached 51.7%, compared with 53.3% one year ago. Acquisitions cut into margins in addition to higher costs to hire employees, Kavanaugh said on the analyst call. IBM announced the acquisitions of environment data analytics software maker Envizi and telecommunications consulting firm Sentaca in the first quarter.

Kavanaugh said higher contract prices will bolster the pre-tax margin of its consulting business in 2022, which should be up 2 percentage points. High growth in consulting is coming from engagements related to offerings from Adobe, Salesforce and public-cloud providers, Krishna said.

Demand for technology should persist even if the economy goes into recession or if gross domestic product fails to grow, Krishna said.

Correction: This story has been updated to accurately reflect IBM’s 2022 forecast.

The Stock Market Is At A Bull/Bear Tipping Point

Sat May 14 , 2022
Bull-bear balancing getty April has reversed most of the stock market’s March gains. That puts the indexes near their 2022 lows. So, now what? One of two likely scenarios: A double-bottom foundation that supports a new bullish rise, or a breakdown to new lows that confirms a bearish trend. Start […] 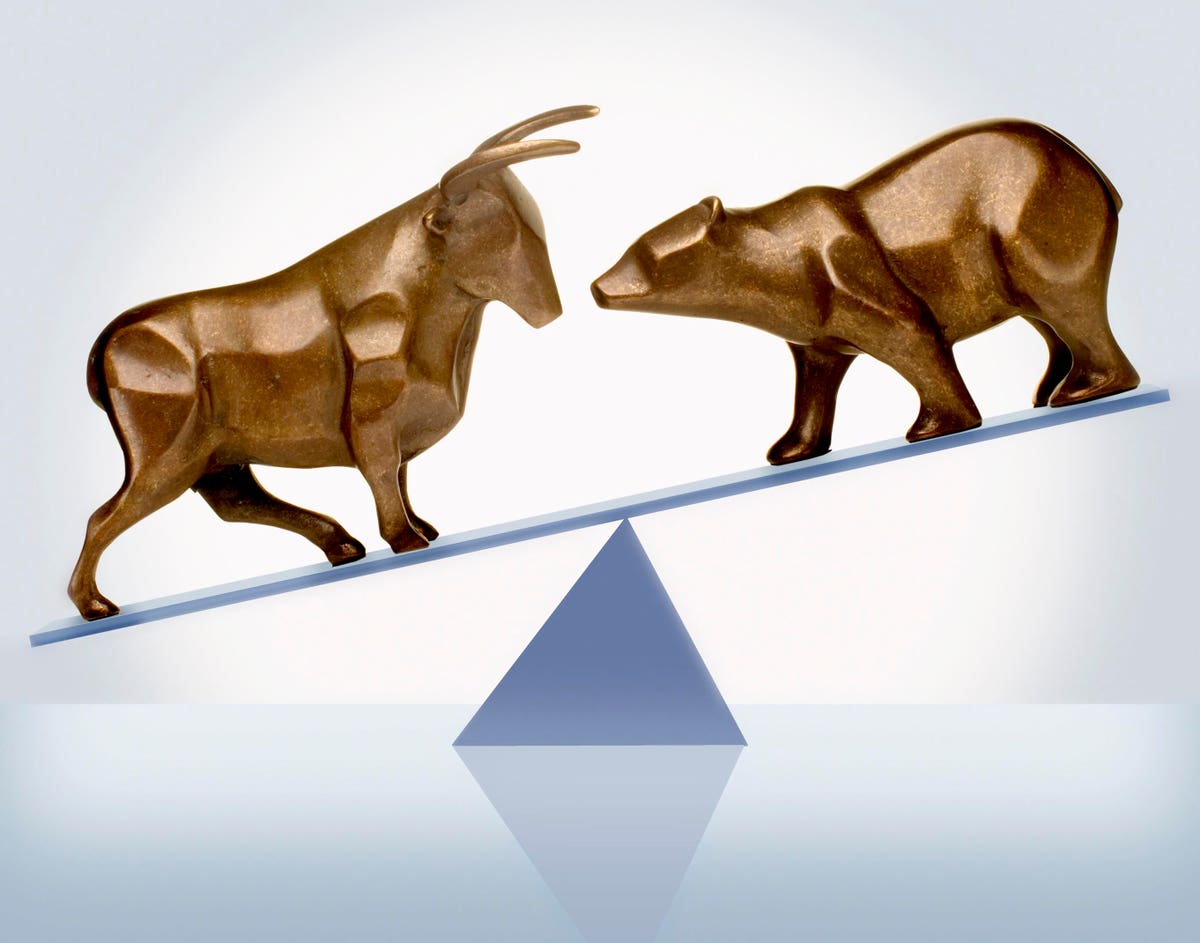