Crypto staking is a way of earning passive income by using certain cryptocurrencies to help verify transactions on a blockchain network. Staking is different from crypto mining, though both can provide yields exceeding what’s available from a typical savings account.

Though the terminology of crypto staking sounds complex, the principles are pretty straightforward. And there is an increasing number of online exchanges aiming to make crypto staking simpler for everyday users.

If you’re deciding whether to use your holdings for cryptocurrency staking, it can be helpful to understand how the process works, which cryptocurrencies you can stake and some of the risks involved.

What is crypto staking?

Crypto staking is an important part of the technology behind certain cryptocurrencies. To understand it, it helps to have a basic grasp of what blockchain networks do. Here are a few details you need to know.

Blockchains are “decentralized,” meaning there’s no middleman — such as a bank — to validate new activity and make sure it comports with a historic record maintained by computers across the network. Instead, users collate “blocks” of recent transactions and submit them for inclusion into an immutable historic record. Users whose blocks are accepted get a transaction fee paid in cryptocurrency.

Staking is a way of preventing fraud and errors in this process. Users proposing a new block — or voting to accept a proposed block — put some of their own cryptocurrency on the line, which incentivizes playing by the rules.

Generally, the more that is at stake, the better a user’s chance of earning transaction fee rewards. But when a user’s proposed block is found to have inaccurate information, they can lose some of their stake — in a process known as slashing.

A number of popular cryptocurrencies now include staking. If a cryptocurrency is linked to a “proof-of-stake” blockchain, which uses the above incentive mechanism, it may be eligible for staking.

However, staking works differently from blockchain to blockchain, and certain crypto assets are more likely to be supported by the staking features on popular cryptocurrency exchanges, which can make the process easier to navigate.

Currently, Coinbase, the largest crypto exchange in the U.S., automatically turns on staking for most people holding algo (the native currency of the Algorand blockchain) on its platform. Coinbase says this can earn users a 4% annual percentage yield.

Some other major cryptocurrency networks that support staking include Solana and Cardano.

There are many cryptocurrencies that do not support staking.

Bitcoin, by far the most valuable cryptocurrency, uses a different method of validating transactions. It’s called “proof-of-work,” and it relies on energy-intensive crypto mining, which requires users to expend massive computational effort before they can submit a new block — and reap the potential rewards.

Some exchanges and other financial firms, however, offer clients the ability to lend out their cryptocurrencies, which allows participants to earn interest on bitcoin and other digital assets without staking.

How do you stake cryptocurrency?

There are several ways to start staking cryptocurrency, depending on how much of a technical, financial and research commitment you’re willing to make.

Your first decision will be whether to actually validate transactions using your own computer or to “delegate” your cryptocurrency to someone who’s doing that legwork for you.

Networks that support crypto staking typically allow people who own tokens to provide them for other users to deploy in validating transactions, thereby earning a share of the rewards.

The simplest option is to use an online service to stake your tokens for you. Some popular cryptocurrency exchanges offer staking in exchange for a commission.

Rob Margolis, head of crypto native at BlockFi, a financial services firm focused on crypto, says most investors are probably best served by using the resources provided by an exchange.

“If you’re looking at it from an average user perspective, many of the major centralized platforms offer a staking service, and they do it with the best infrastructure providers in the space,” says Margolis, who oversees relationships with BlockFi clients, such as crypto miners, funds and businesses.

Of the crypto exchanges reviewed by NerdWallet, three offer staking for at least some crypto assets: Binance.US, Coinbase and eToro. Others offer rewards programs that let users earn additional crypto in a way that’s similar to staking. (See our list of exchanges with the best staking and rewards programs.)

If you don’t want to trust an exchange to make your staking decisions for you — or if you can’t find one that supports the token you want to stake — you can join what is known as a “staking pool” operated by another user.

To do this, you’ll likely have to know how to use a crypto wallet in order to connect your tokens with the validator’s pool.

The official websites of many proof-of-stake blockchains include information about how to research validators, including links to details about how they operate. Some potentially useful data on the Ethereum system, for instance, is at Beaconcha.in.

Some information that is publicly available can help you see whether a pool operator has ever been penalized for mistakes or malfeasance, and some lay out their policies for protecting people who delegate tokens. Other details you can look at include the level of fees or commissions.

Bhat says it’s good to pick an established pool, though you might not want to pick the absolute biggest. Blockchains are supposed to be decentralized, so there’s an argument for preventing any one group from accumulating too much influence.

“People often delegate to validators with lower voting power to increase the decentralization of an ecosystem,” Bhat says.

Setting up your own staking infrastructure can be complicated. It requires the proper computing equipment and software and downloading a copy of a blockchain’s entire transaction history. It can also have a high cost to entry.

On the Ethereum network, for example, you’d need to start with at least 32 ETH, which on Jan. 31, 2022, would be worth about $84,000. Staking through a pool or through an online service does not carry such requirements.

What kind of returns does staking offer?

The rewards for staking vary based on the cryptocurrency, conditions (such as demand on the blockchain network in question) and the method you use. But the rates offered by exchanges offer some insight into what you can expect.

For comparison, yields on savings accounts reviewed by NerdWallet are generally around 0.5% APY. The average interest for U.S. savings accounts is 0.06% APY, according to the Federal Deposit Insurance Corp.

Is staking the right option?

Staking may not be for everyone. There are a few questions to ask before making a decision about whether to stake your crypto.

Crypto staking can involve committing your assets for a set period of time during which you might not be able to sell or trade them. If you think you might move your crypto on short notice, make sure you look at the terms carefully before staking it.

It’s important to remember that crypto is a volatile asset. While crypto staking can provide a measure of predictability in investment returns, if the market value for your cryptocurrency drops in value by 20% during the time you’re staking it, for instance, the rewards you’re getting may not look as attractive.

Do you believe in the project?

Ultimately, deciding to stake your cryptocurrency may come down to whether you feel confident that it’s a good investment over the long term.

If you believe in the value of the Ethereum network, for instance, the day-to-day swings in price may not affect your desire to sell. Margolis says staking, however, is one thing you can do to get shorter-term value from a crypto investment you want to hold onto.

“If you’re holding [tokens] in your portfolio because you have an underlying fundamental view of the asset, then the question is, what do you want to do with that asset while it sits in your portfolio?” he says.

Staking, and its related risks and rewards, might be the answer for some.

Have you explored other forms of passive income?

Crypto staking is one way of earning passive income, which does not require daily effort after an initial investment. And while staking may be a good choice for some cryptocurrency owners, there are many other ways of generating passive income. It may be worth looking into some of those options, as well.

Other common forms of passive income include dividends from stock holdings, interest on bonds, and real estate income.

Disclosure: The author owned BTC at the time of publication. NerdWallet is not recommending or advising readers to buy or sell BTC or any other cryptocurrency.

Mon Apr 18 , 2022
Text size Netflix reports earnings after the close on Tuesday, April 19. Gabby Jones/Bloomberg Brace for another tricky quarter for Netflix . Netflix stock (ticker: NFLX) has tumbled about 33% since the streaming giant reported fourth-quarter results in January. The primary issue three months ago was a disappointing outlook for […] 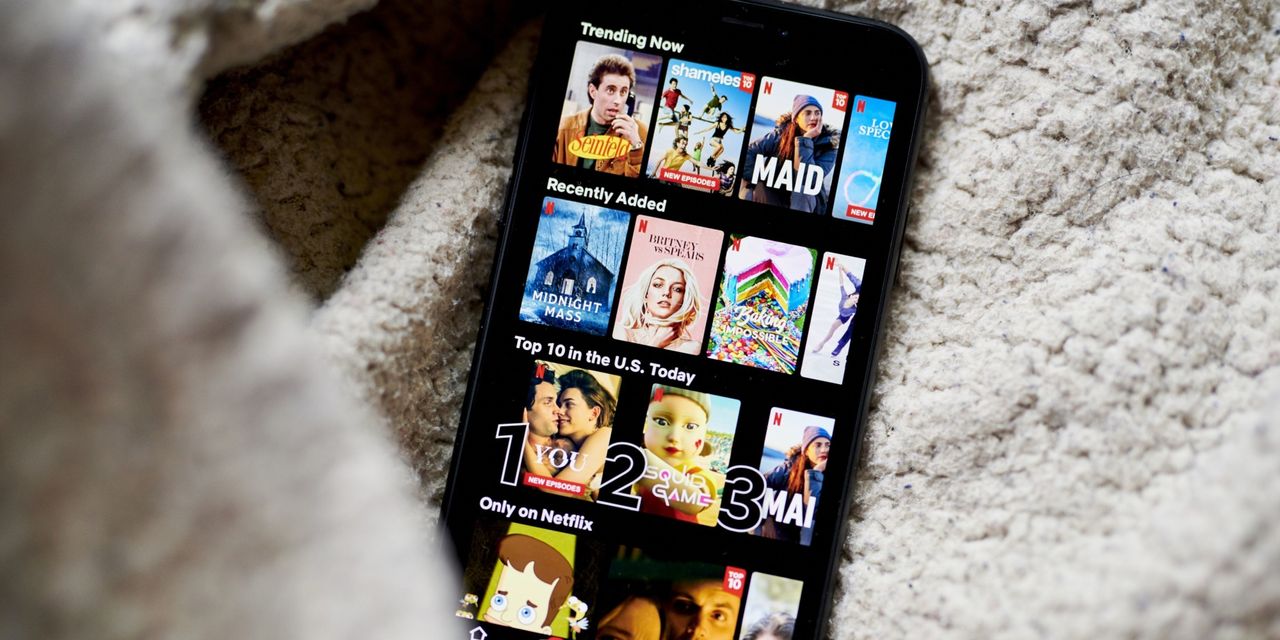