(RTTNews) – The Indonesia stock market on Tuesday ended the three-day slide in which it had fallen more than 100 points or 1.4 percent. The Jakarta Composite Index now rests just shy of the 6,810-point plateau and it’s tipped to extend its gains on Wednesday.

The global forecast for the Asian markets is broadly positive on easing geopolitical concerns and bargain hunting. The European and U.S. markets finished firmly higher and the Asian markets are expected to open in similar fashion.

The JCI finished sharply higher on Tuesday following gains from the energy producers and financials, while the resource stocks were mixed.

The lead from Wall Street is firm as the major averages opened higher on Tuesday and stayed that way throughout the session, finishing solidly in the green.

The rebound on Wall Street came amid easing geopolitical concerns following news Russia is pulling back some troops from the Ukrainian border. Concerns about a destabilizing conflict between Russia and the Ukraine have weighed on stocks over the past few sessions.

Meanwhile, traders largely shrugged off a report from the Labor Department showing U.S. producer prices jumped by much more than expected in January.

Crude oil prices tumbled on Tuesday as worries about supply disruptions eased amid the de-escalation of tensions between Russia and Ukraine. West Texas Intermediate Crude oil futures for March ended down by $3.39 or 3.6 percent at $92.07 a barrel.

Fri Feb 18 , 2022
New York City, United States, Feb. 16, 2022 (GLOBE NEWSWIRE) — The Society of Sloths (S.O.S) is a fast-paced, growing brand with a collection of 10,000 limited Sloth NFTs. S.O.S was founded to become a globally recognized NFT community with a clear vision of creating a distinctive brand image and contributing to […] 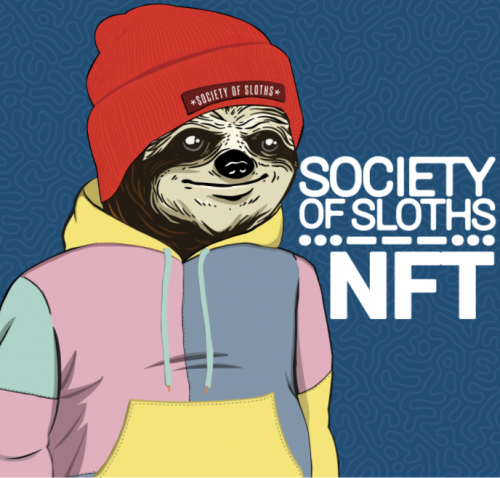