A corporate exodus from Russia in response to its military invasion of Ukraine has seen more than 300 U.S. and multinational companies sever business ties with the country — and the list is growing by the minute.

But even as many flee, a number of big-name firms have remained mum.

Among them are U.S. consumer favorites including Subway and Mondelez (MDLZ). Hotel giant Marriott (MAR) can also be found on the docket of corporations that have not suspended or reduced their exposure to Russia’s market.

Since President Vladimir Putin’s war on Ukraine began on Feb. 24 — which has so far led to 2 million refugees and more than 1,000 civilian casualties recorded by the United Nations — around 330 companies have withdrawn from Russia in protest of the Kremlin as of March 10, according to a list compiled by Yale professor Jeffrey Sonnenfeld and his research team. Still, 39 continue to operate in the country despite mounting pressure to take action.

Dunkin’ Donuts operates 20 locations in Russia, according to a company spokesperson. Subway has 446 franchise locations in the country. American multinational food and beverage maker Mondelez — the parent of brands like Oreo, Ritz, and Chips Ahoy! — has an even bigger footprint in the country that it has yet to give up. Mondelez generates about 3.5% of its revenue from Russia, or about $1 billion.

Meanwhile, Marriott International racks in 4.3% of its revenue, or about $440 million, from Russian operations, per Sonnenfeld’s data.

After mounting pressure, Burger King, which has more than 800 franchise locations across Russia according to Sonnenfeld’s research, became the latest fast-food restaurateur to halt all corporate support to the Russian market in response to the war, its parent company Restaurant Brands International (QSR) said Thursday.

The company joins other fast food peers that have arrived late to the party but heeded to criticism, including McDonald’s Corporation (MCD), Starbucks (SBUX), Coca-Cola (KO) and PepsiCo (PEP).

“We serve millions of Russian customers each day who count on McDonald’s,” McDonald’s CEO Chris Kempczinski said in a statement Tuesday. “At the same time, our values mean we cannot ignore the needless human suffering unfolding in Ukraine.”

According to new MKM Partners research note, McDonald’s suspending operations in Russia will cost the company $50 million a month.

Sonnenfeld’s list can be found here and is updated every hour to reflect new announcements from companies in real time.

“When this list was first published on Feb. 28, only several dozen companies had announced their departure,” he said on the website.

Correction: An earlier version of this article misstated the number of locations that Dunkin’ has in Russia.

Read the latest financial and business news from Yahoo Finance

Sat Mar 26 , 2022
ZURICH, Feb 7 (Reuters) – Credit Suisse faced charges in a Swiss court on Monday of allowing an alleged Bulgarian cocaine trafficking gang to launder millions of euros, some of it stuffed into suitcases. In the first criminal trial of a major bank in Switzerland, Swiss prosecutors are seeking around […] 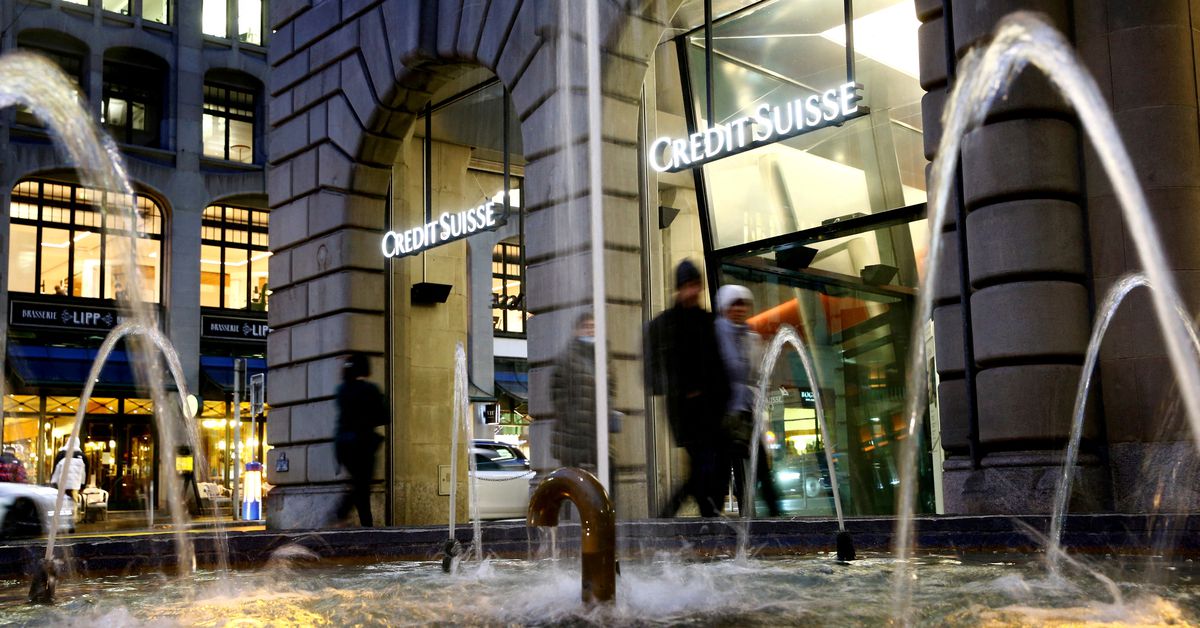