Google is redesigning its dominant search engine, and users may find that future results keep them on Google’s own properties for even longer.

At its second annual search event, called Search On, Google showed off its latest batch of advancements to search results. The company touted its artificial intelligence and the ability to answer more specific and complicated queries.

If searching for men’s sweatshirts, Google will show more results that include links to retailers, blogs and review videos from YouTube, said Matt Madrigal, Google’s vice president of merchant shopping. The site will also make recommendations and let users compare prices without clicking away, he said.

Madrigal gave the example of trying to find “the best hat for small heads” or “that awesome design on the base of a snowboard.”

While Google parent Alphabet has expanded well beyond online ads into cloud computing, driverless cars and other projects, search remains the lifeblood of the company. But as it gets bigger, the company also pays more to partner content sites.

In the most recent quarter, Google paid more than $1 billion over what Wall Street analysts expected for traffic. Those costs grew by more than 50% from the same period a year earlier. Keeping users on Google sites is one way to potentially keep costs in check.

Google said it will be bringing its image recognition technology, Google Lens, to its Chrome internet browser so users can see search results alongside a website.

“Soon, you’ll see a new button in the Google app on your iPhone to make all images on the page instantly searchable,” Madrigal said. “There’s no need to leave the website you’re on.”

The company said it will also include a store’s inventories on its site.

Google Search VP Elizabeth Reid said the company will expand what its search results will show.

Pandu Nayak, vice president of search, said a person taking a screenshot of a shirt will be able to get recommendations from retailers within Google.

For example, someone taking a photo of a bike may search for how to fix a particular component.

“We’ll show you everything you need to get your bike back on the trail,” he said, showing search results from websites, videos and blogs. The first result displayed in his demo was a video from YouTube.

Elizabeth Reid, another vice president at Google, said the search page will become “an endless stream of visual ideas.”

She said the company is adding a “Things to Know” section that will show step-by-step instructions on how to perform a task or offer up a new technique.

“For example, you can make acrylic paintings with things you can find around you house,” Reid said. “Finally, something to do with all those old kitchen sponges.”

“Sometimes you just don’t know what you want until you see it,” she said.

Airline Ticket Sales Exceed a 2019 Milestone for the First Time

Wed Mar 16 , 2022
“Between the fuel impact and the discretionary income impact on leisure travelers, it’s going to slow whatever would have been happening,” said Samuel Engel, a senior vice president and airline industry analyst at ICF, an advisory firm. Updated  March 15, 2022, 8:05 p.m. ET JetBlue, for example, said in an […] 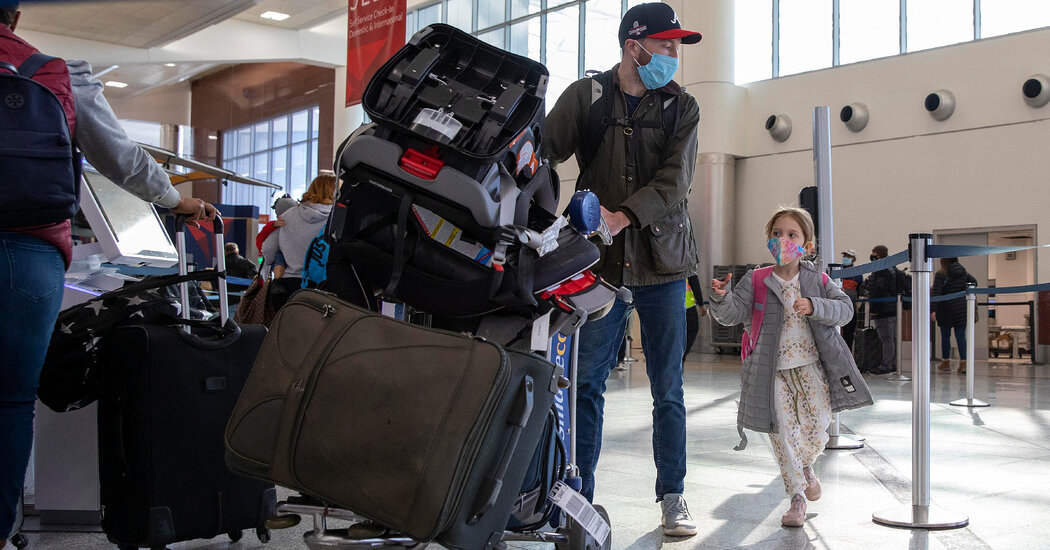