Canadian authorities on Sunday froze the finances associated with certain individuals and companies believed to be involved in the ongoing protests in Ottawa, according to Mike Duheme, Royal Canadian Mounted Police (RCMP) deputy commissioner of federal policing.

The RCMP froze 206 financial products, including bank and corporate accounts; disclosed the information of 56 entities associated with vehicles, individuals and companies; shared 253 bitcoin addresses with virtual currency exchangers; and froze a payment processing account valued at $3.8 million, Duheme said at a news conference.

“We continue to work at collecting relevant information on persons, vehicles and companies and remain in daily communication with the financial institution to assist them,” Duheme said.

As a result of the protest, investigators are also looking into two police-involved incidents Saturday at the protests in Ottawa, Ontario authorities said Sunday.

“The province’s Special Investigations Unit is investigating two police-involved incidents that occurred at the demonstrations in Ottawa yesterday and is urging anyone who has information, including video, to come forward,” Ontario’s SIU said.

Preliminary information indicates around 5:14 p.m. Saturday, “there was an interaction between a Toronto Police Service officer on a horse and a 49-year-old woman on Rideau Street and Mackenzie Avenue. The woman has a reported serious injury,” the SIU said.

No additional information was released on the circumstances of the injury.

Separately, “At approximately 7:18 p.m. Vancouver Police Department officers discharged Anti-Riot Weapon Enfields (less-lethal firearms) at individuals in the area of Sparks Street and Bank Street. No injuries have been reported at this time,” the agency said Sunday. “The SIU asks anyone who may have been struck by a projectile to contact the unit.”

Protesters and idling trucks have blocked the streets of Ottawa. Some demonstrators have said they won’t budge until Covid-19 mitigation efforts such as mask and vaccination requirements are lifted.

By Sunday morning, Ottawa police said they had arrested at least 191 people.

“We have been here for three weeks. I have been at this podium for the last 5 days, imploring people to leave, asking them to get out of our streets,” Bell said.

“This occupation is over, we have advised them that if they peacefully leave, they may go home,” he said. “We also indicated that we would escalate and forcibly remove people from the streets if they did not comply.”

Small businesses will get help

Stuck in the middle of the standoff are the businesses in downtown Ottawa that have shut their doors due to protests.

“For the past three weeks, many businesses in the downtown core have been unable to operate safely due to serious concerns caused by the blockades, which has resulted in significant financial losses for local businesses,” the Federal Economic Development Agency for Southern Ontario said in a statement Saturday.

Federal officials said small businesses can apply for up to $10,000 that they wouldn’t have to pay back, the agency said.

The funds, totaling up to $20 million, may only be used for non-deferrable operational costs not covered by other federal programs.

Police say some protesters had grenades

The end of the strife downtown may be nearing as authorities begin to show their presence on foot and on horseback. Along with mounting arrests, about 60 vehicles have towed over the weekend, police said.

Some of those arrests included protesters who allegedly had smoke grenades and fireworks and were wearing body armor, police said.

“Protesters continue to be aggressive and assaultive on officers. They are refusing to comply with the orders to move,” police tweeted midday Saturday. “You will have seen officers use a chemical irritant in an effort to stop the assaultive behavior and for officer safety.”
Officials have vowed to end the protests through unprecedented protocols, including the Emergencies Act. The law allows the Canadian government to tap into military forces, but Prime Minister Justin Trudeau has made it clear troops will not be needed.

Trudeau’s office has also lamented the costs of police forces and supply chain disruptions caused by the protests.

How the protests have evolved

The protests started in late January by a group of truck drivers opposed to a Covid-19 vaccine and testing mandate. But others outside the trucking industry have joined to express their frustration with an array of other Covid-19 health measures — such as requirements to wear masks in schools.

And despite threats of legal consequences, many have showed no signs of backing down.

On Friday, authorities said protesters assaulted officers and tried to remove their weapons. And on Saturday, police alleged a protester threw a gas canister.
“We were slow and methodical, yet you were assaultive and aggressive with officers and the horses. Based on your behavior, we are responding by including helmets and batons for our safety,” police said, addressing the protesters.

Two of the protests’ organizers were arrested and charged this week, authorities said.

Tamara Lich, 49, faces a counseling to commit the offense of mischief charge.

Barber’s attorney, Diane Magas, said her client contested a bail hearing Friday and was released on conditions and a bond.

Alibaba and JD.com Head for Record Gains. What Sparked the Turnaround.

Sat Apr 9 , 2022
Text size Shares in Alibaba and other Chinese companies have come under intense pressure recently. Greg Baker/AFP via Getty Images Shares in some of China’s largest companies notched eye-watering gains on Wednesday after news that the government would support the stock market, boost economic growth, and clear up a punishing […] 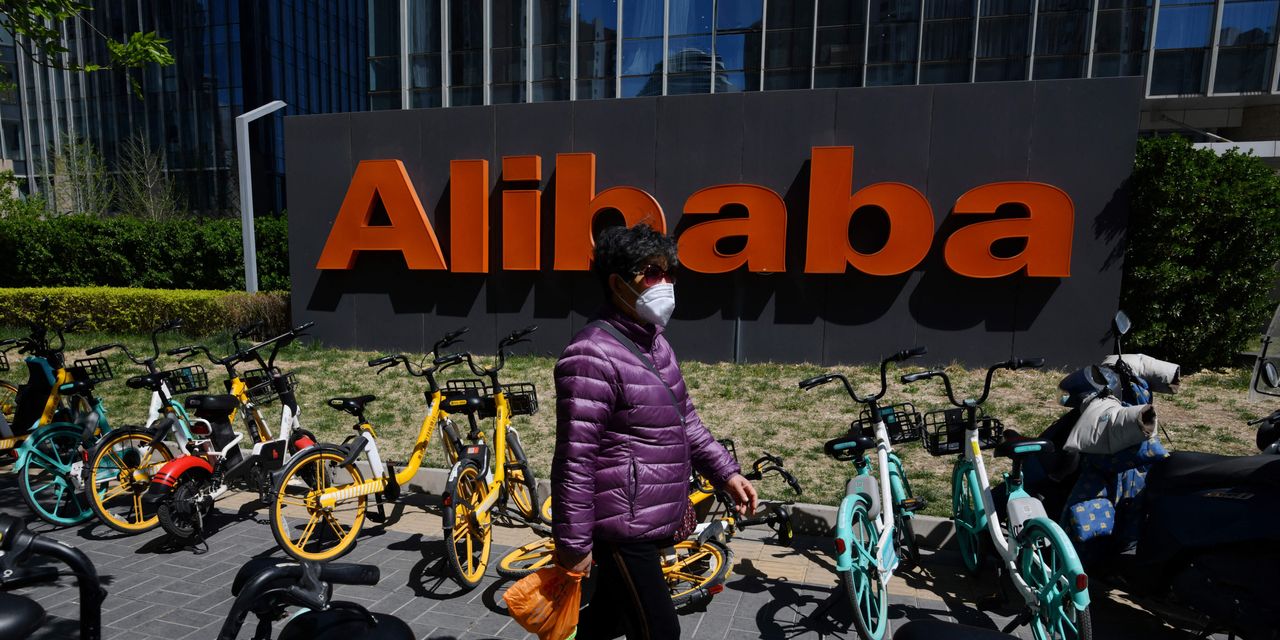