Fidelity Investments said it will give the 23,000 companies that use the firm to administer their retirement plans the option to put bitcoin on the investment menu, becoming the first major retirement plan provider to do so. The move comes a month after the U.S. Department of Labor cautioned 401(k) fiduciaries to apply the highest standards in evaluating cryptocurrency investments within their plans.

On April 26, Fidelity announced the launch of its workplace
Digital Assets Account, which will be available broadly to employers midyear, allowing interested plan sponsors to offer plan participants access to bitcoin through Fidelity’s 401(k) platform. Employers will be able to set their own limits on how much an employee can contribute to bitcoin, though Fidelity’s platform allows no more than 20 percent of a saver’s contributions to be allocated to it, the company said.

“There is growing interest from plan sponsors for vehicles that enable them to provide their employees access to digital assets in defined contribution plans, and in turn from individuals with an appetite to incorporate cryptocurrencies into their long-term investment strategies,” said Dave Gray, head of workplace retirement offerings and platforms at Fidelity. Investing in bitcoin through 401(k) contributions will enable participants to benefit from dollar cost averaging and tax deferment, he added.

Fidelity held $2.4 trillion in 401(k) assets in 2020, or more than a third of the market, according to research firm Cerulli Associates.


SHRM Online has gathered the following articles on cryptocurrencies and retirement plans.

A Move into the Mainstream

The endorsement by one of the nation’s largest retirement plan providers suggests crypto investing is moving further into the mainstream, but it remains to be seen whether employers will embrace it for their workers.

Crypto investing has been virtually nonexistent in 401(k) plans to date, and Fidelity’s move could prompt wider acceptance of bitcoin investments among 401(k) sponsors.

Fidelity’s digital assets accounts will be integrated into the 401(k) investment menu, like traditional mutual funds. The fees for digital assets accounts will be between 0.75 percent and 0.90 percent of assets, depending on several factors including the employer and the amount invested. An additional trading fee, not yet disclosed, will be “competitively priced,” Fidelity said.

Vanguard Group, another large provider of 401(k) plan services, has taken a different track and purged crypto from its investment platforms.

A History of Volatility

Bitcoin had five days in the last year where it plunged by at least 10 percent. The stocks in the S&P 500, meanwhile, had only two such drops in the last 50 years. Beyond its volatility, there’s still fundamental disagreement about how much a bitcoin is worth, or even if it’s worth anything at all.

A DOL Warning to Fiduciaries

The U.S. Department of Labor (DOL) warned 401(k) plans to “exercise extreme care” before including a cryptocurrency option in their investment menu. While short of an outright ban, the March 10 guidance calls for an abundance of caution regarding crypto investments.

Ali Khawar, acting head of the DOL Employee Benefits Security Administration, indicated last summer that the agency found 401(k) plan investment in cryptocurrency “very troubling” because of the volatility and lack of transparency of crypto investments. In a blog post accompanying the new guidance, Khawar repeated the DOL’s concerns about exposing plan participants to direct investments in cryptocurrencies and related products, such as non-fungible tokens, coins and crypto assets.

Fiduciaries who are considering adding cryptocurrency investments to 401(k) plans should reconsider their decision in light of this guidance and proceed only after weighing the risks of DOL investigation and fiduciary litigation and documenting the decision-making process.

Plan fiduciaries should assess whether any appropriate “guardrails” can be established to allay the concerns of the DOL. This may involve squaring all governing plan instruments like the plan document and investment policy statement, ensuring that participant disclosures are thorough, setting investment limits if possible, and confirming their fiduciary liability insurance covers crypto investment claims.

Christine Benz, director of personal finance for Morningstar, tweeted her concerns with Fidelity’s move, saying that “fiduciaries should find it difficult/impossible to justify putting crypto in retirement plans.”

Jeff Levine, Buckingham Wealth Partner’s chief planning officer, explained on Twitter, “I understand the allure of crypto, but… If I was the fiduciary of an employer plan (maybe other than a solo-k), there is close to a 0% chance I’d add a crypto option to my investment line-up right now given the current regulatory environment.”

For Levine, “Adding crypto as a plan investment option is like begging to be put under a microscope and/or sued by plan participants the first time there’s a significant/sustained drop.”

“We are preparing for the next generation of investors and what they might want from their retirement plan—we should expect that that will be different from the generation before them,” said Fidelity’s Dave Gray.

He added, “We clearly have different views than the Department of Labor in terms of the guidance they’ve issued. We believe they should withdraw that guidance.”

Sat May 28 , 2022
A Human Rights Watch report said 89% of remote-learning platforms it reviewed spied on children. The platforms collected personal data and some sent it to tech companies for advertising purposes. Experts called for these companies to only collect data that’s related to online learning. Loading Something is loading. COVID-19 lockdowns […] 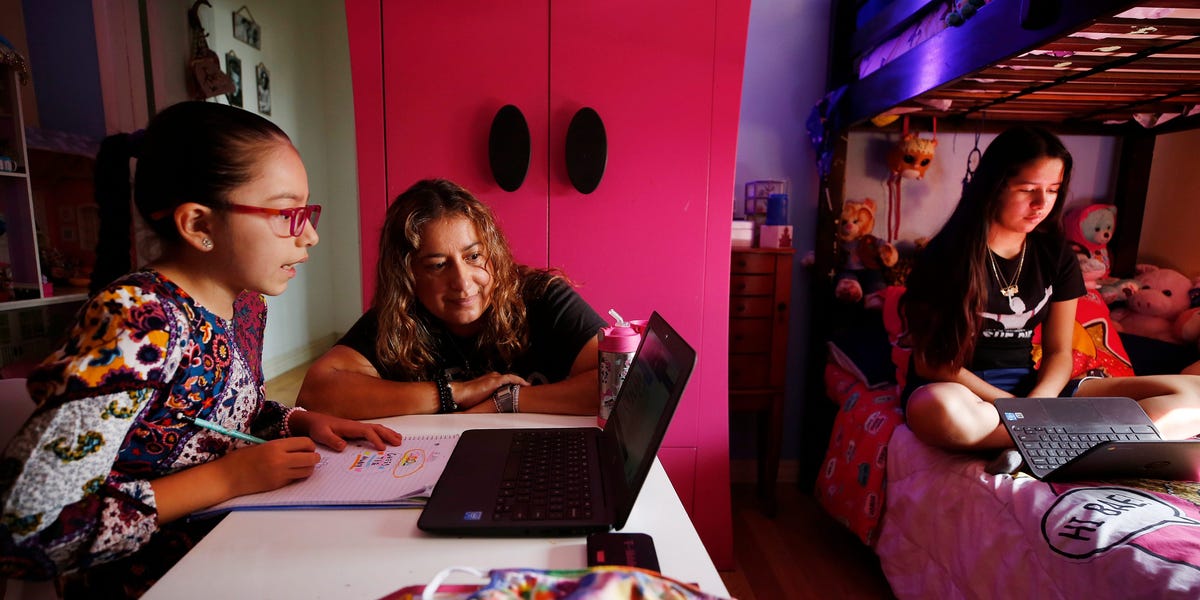