FRANKFURT, Germany (AP) — Fears are rising about what would happen to Europe’s energy supply if Russia were to invade Ukraine and then shut off natural gas exports in retaliation for U.S. and European sanctions.

The tensions show the risk of Europe’s reliance on Russia for energy, which supplies about a third of the continent’s natural gas. And Europe’s stockpile is already low. While the U.S. has pledged to help by boosting exports of liquefied natural gas, or LNG, there’s only so much it can produce at once.

It leaves Europe in a potential crisis, with its gas already sapped by a cold winter last year, a summer with little renewable energy generation and Russia delivering less than usual. Prices have skyrocketed, squeezing households and businesses.

Here’s what to know about Europe’s energy supply if tensions boil over into war and Russia is hit with sanctions:

WILL RUSSIA CUT OFF GAS SUPPLIES TO EUROPE?

No one knows for sure, but a complete shutoff is seen as unlikely, because it would be mutually destructive.

Russian officials have not signaled they would consider cutting supplies in the case of new sanctions. Moscow relies on energy exports, and though it just signed a gas deal with China, Europe is a key source of revenue.

More likely, experts say, would be Russia withholding gas sent through pipelines crossing Ukraine. Russia pumped 175 billion cubic meters of gas into Europe last year, nearly a quarter of it through those pipelines, according to S&P Global Platts. That would leave pipelines under the Baltic Sea and through Poland still operating.

“I think in the event of even a less severe Russian attack against Ukraine, the Russians are almost certain to cut off gas transiting Ukraine on the way to Germany,” said former U.S. diplomat Dan Fried, who as State Department coordinator for sanctions policy helped craft 2014 measures against Russia when it invaded and annexed Ukraine’s Crimea peninsula.

Russia could then offer to make up the lost gas if Germany approves the new Nord Stream 2 pipeline, whose operators may potentially face U.S. sanctions even though a recent vote to that effect failed. German officials also have said blocking operation of the pipeline would be “on the table” if there’s an invasion.

Interrupting gas supplies beyond the Ukrainian pipelines is less likely: “If they push it too far, they’re going to make a breach with Europe irreparable, and they have to sell the oil and gas someplace,” Fried said.

It’s a major gas producer and already is sending record levels of liquefied natural gas, or LNG, by ship worldwide. It could only help Europe a little.

“We’re talking about small increases to the size of U.S. exports, whereas the hole that Europe would need to fill if Russia backed away or if Europe cut Russia off would be much larger than that,” said Ross Wyeno, lead analyst for Americas LNG at S&P.

The Biden administration has been talking with gas producers worldwide about whether they can boost output and ship to Europe, and it has been working to identify supplies of natural gas from North Africa, the Middle East, Asia and the U.S.

The administration also is talking with buyers about holding off.

“Is there some other country that was planning to get an LNG shipment that doesn’t need it and could give it to Europe?” said Amy Myers Jaffe, managing director of the Climate Policy Lab at Tufts University, mentioning Brazil or countries in Asia.

Over the past month, two-thirds of American LNG exports went to Europe. Some ships filled with LNG were heading to Asia but turned around to go to Europe because buyers there offered to pay higher prices, S&P said.

IS THERE ENOUGH LIQUEFIED GAS WORLDWIDE TO SOLVE THE PROBLEM?

Not in the event of a full cutoff, and it can’t be increased overnight. Export terminals cost billions of dollars to build and are working at capacity in the U.S.

Even if all Europe’s LNG import facilities were operating at capacity, the amount of gas would only be about two-thirds of what Russia sends via pipelines, Jaffe said.

And there could be challenges distributing the LNG to parts of Europe that have fewer pipeline connections.

If Russia stopped sending just the gas that goes through Ukraine, it would take the equivalent of about 1.27 shiploads of additional LNG per day to replace that supply, said Luke Cottell, senior LNG analyst at S&P. Russia also could reroute some of that gas through other pipelines, reducing the need for additional LNG to about a half-shipload per day, he said.

Russia has been fulfilling its long-term contracts to supply gas to Europe, but it’s been selling less on the spot market and hasn’t been filling the storage containers it owns in Europe, experts say.

Russian cutbacks to spot gas supplies have contributed to sharply higher natural gas prices in Europe. They went as high as 166 euros ($190) per megawatt hour in December, more than eight times their level at the start of 2021. Prices have fallen to under 80 euros per kilowatt hour as more LNG arrives.

But consumers are feeling the crunch in higher electric and gas bills. European governments are rolling out subsidies and tax breaks to ease the financial stress on households.

IS THERE IMPACT IN THE U.S.?

As the U.S. ramped up LNG exports, domestic prices of natural gas also rose. More than 10% of gas produced in the U.S. last year was exported, said Clark Williams-Derry, analyst at the Institute for Energy Economics and Financial Analysis.

U.S. gas prices spiked by more than 30% in the last week of January, primarily because of an approaching winter storm in New England, Williams-Derry said. But prices also were affected by tighter U.S. supplies amid uncertainty over Russia, he said.

“Russia is disturbing European gas markets, with the U.S. talking about exporting basically the next ‘Berlin airlift’ for natural gas to Europe,’’ he said.

If the U.S. pushes for increased LNG exports, prices at home would likely rise, Williams-Derry added.

Ten Democratic senators, led by Jack Reed of Rhode Island and Angus King of Maine, recently urged the Energy Department to study the effect of higher exports on domestic prices and pause approvals of proposed terminals. They said they understood “geopolitical factors” give rise to sending more gas.

“However, the administration must also consider the potential increase in cost to American families,’’ the senators said.

Bussewitz reported from New York and Daly from Washington.

Copyright 2022 The Associated Press. All rights reserved. This material may not be published, broadcast, rewritten or redistributed.

Stock Investing in Retirement for Those Able to Bear the Risk

Sun Feb 6 , 2022
Look under the hood, though, and you’ll find that Vanguard’s target-date funds are actually a collection of low-cost, broad-based index funds, with holdings in a variety of domestic and international stocks and bonds. For large workplace plans, these investments are not mutual funds but, technically, collective index trusts, which are […] 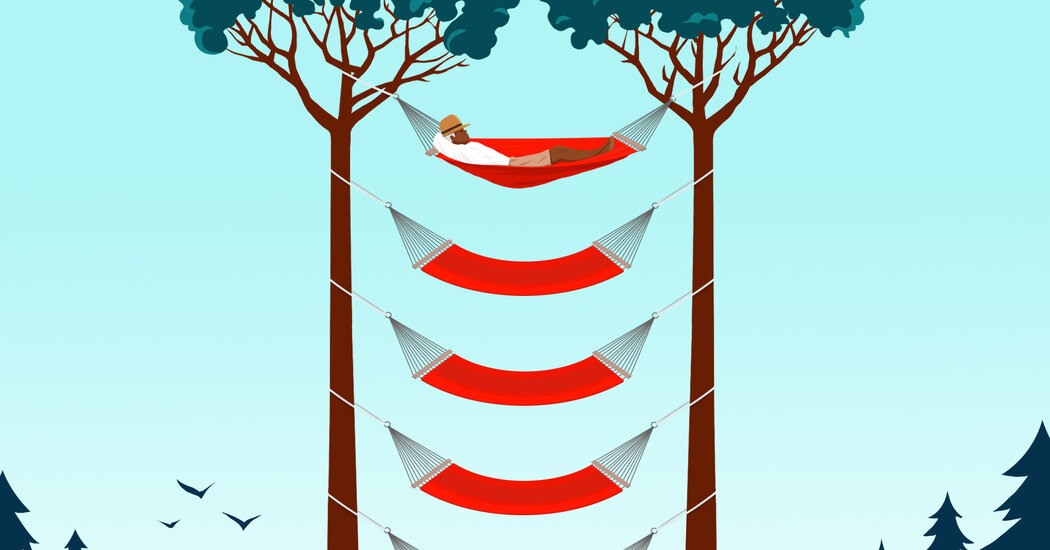