WASHINGTON/NEW YORK, April 7 (Reuters) – The U.S. consumer watchdog plans to ramp up enforcement actions against lenders that illegally charge credit card late-payment fees and may rewrite its rules that set thresholds for such fees, according to two people with direct knowledge of the matter.

The development marks an escalation of a broader crackdown by the Consumer Financial Protection Bureau (CFPB) on what it calls “junk fees,” a catch-all for overdraft, credit card late-payment fees, bounced check fees, and other charges.

Banks and credit unions pulled in more than $15 billion in overdraft and related fees in 2019 and $12 billion in late credit card fees in 2020, according to CFPB estimates.

The agency’s director, Rohit Chopra, says lenders have become too reliant on such fees. He has also said the fees appear to be excessive, not transparent to consumers, and in many cases act as penalties rather than compensation for a legitimate service.

In January, the CFPB issued a request for public input on how banks and companies charge such fees and the impact they have on American families, the deadline for which is April 11. The agency has not yet said how it plans to proceed. read more

One of the sources said the agency would review the comments, but it would be taking a tougher line on enforcement with respect to such fees and expected to rewrite some rules.

Card issuers generally charge a late-payment fee when a customer misses their minimum payment deadline. The current rules contain a legal safe harbor which allows lenders to charge late fees provided they do not exceed a “reasonable and proportional” regulatory cap which is set annually by the CFPB.

The agency is considering rewriting the rules on how it calculates that threshold, according to the two sources.

The CFPB is also exploring how it can bring more enforcement actions for potentially illegal fees under the Credit Card Accountability Responsibility and Disclosure Act of 2009, which protects consumers from unfair practices by credit card issuers, the sources added.

“Every year, junk fees hit millions of Americans with expenses they do not expect and did not consider when choosing their financial institution,” Brian Shearer, a CFPB senior adviser, told Reuters in a statement, without commenting on the agency’s plans.

The banking industry has launched a united defense against Chopra’s “junk fees” scrutiny, saying most lenders are not overly reliant on fee revenue and that the CFPB is wrong to suggest lenders hide the fees or that the fees show banks are not offering competitive services.

The Consumer Bankers Association (CBA) and the American Bankers Association, among other groups, are preparing comment letters highlighting the slew of existing rules requiring banks disclose such fees, according to two other industry executives.

Creating those rules required the government to perform extensive focus-group testing, an expensive process that the CFPB has not proven is worth repeating, they argue. They add that overdrafts and other lending products are critical services for most Americans.

“America’s leading banks have always listened to their customers and are taking proactive steps to help them avoid unintended fees while protecting their access to a much-needed emergency safety net,” said Richard Hunt, the CBA’s chief executive.

Several big banks have recently changed their policies on overdraft and nonsufficient funds (NSF) fees – penalties charged when a customer bounces a check or automated payment.

JPMorgan Chase & Co (JPM.N), Bank of America Corp (BAC.N), Citigroup Inc (C.N) and Wells Fargo & Co (WFC.N), which declined to comment for this story, have said they would stop charging NSF fees and have changed their policies on charging overdraft fees. read more

The industry says those changes show banks are trying to compete on such fees.

“Recent announcements on overdraft fees by some of the largest banks show that real change is possible, and we are going to keep pressing to increase competition and save Americans money,” said the CFPB’s Shearer.

Mon May 2 , 2022
Foreign investors are pouring money into a Persian Gulf stock-market boom, as energy-rich monarchies spin up their massive government entities into public companies and an oil-price rally fuels interest in the region. Once home to national oil companies and sleepy family businesses, the region is now the world’s one bright […] 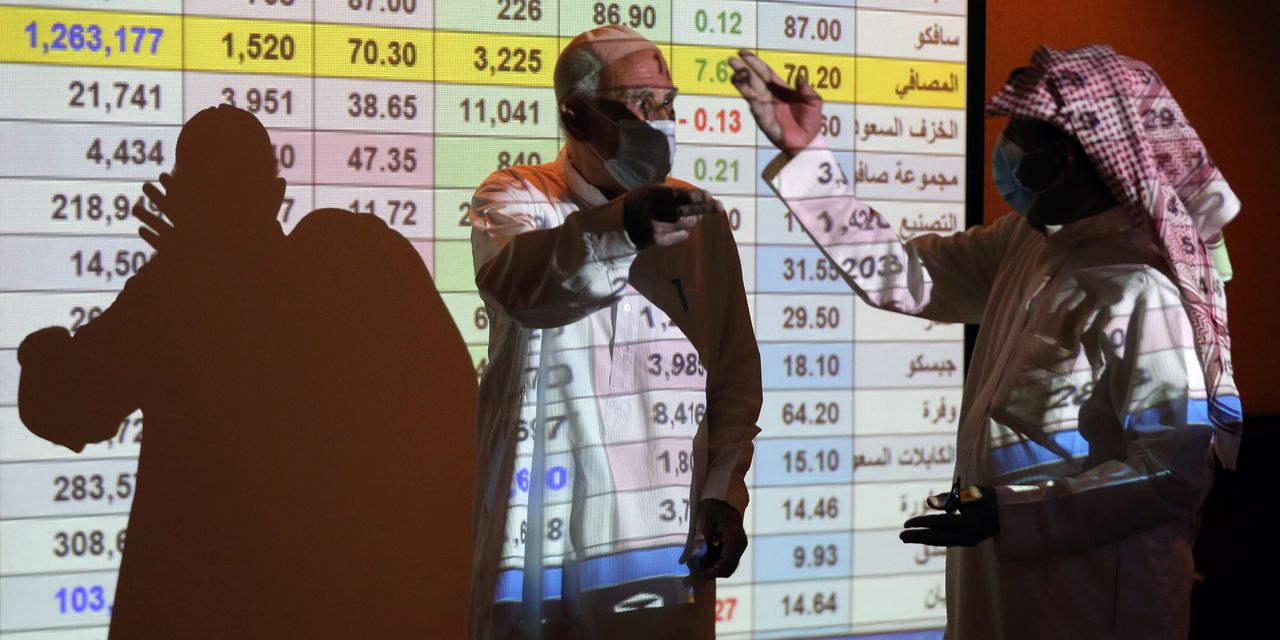