Bitcoin and ethereum have dropped by nearly 20% over the last seven days, with bitcoin falling under $30,000 and ethereum trading near $2,000. And one expert warns bitcoin could drop even further.

Bitcoin could “potentially get a mini-bounce at $35,000, but unless we break the trend line at approximately $37,000, I’m calling for $29,000 in the coming weeks or week,” says crypto expert Wendy O in a recent TikTok video.

It’s been a turbulent week for Bitcoin and other cryptocurrencies, largely driven by ongoing macroeconomic uncertainty. Bitcoin, the largest crypto, dipped below $36,000 Saturday and continued to nosedive throughout the week, hitting its lowest point in over a year Thursday.

The crypto markets have been increasingly tracking the stock market, which has been trading in the red recently. Stocks fell sharply this week, as the market sell-off continued after the Federal Reserve announced its biggest interest rate increase in over 20 years last week.

“The overall market has noticed the high correlation to Bitcoin prices and the general equities markets,” says Armando Aguilar, head of alternative strategies and research for Ledn, a digital asset savings and credit platform. “The S&P 500 and NASDAQ have had the largest correlations to Bitcoin with 0.88% and 0.91%, respectively. A correlation of one means that they move equally one to the other.”

For weeks, the crypto market — like the stock market — has also been under pressure as investors grapple with continued surging inflation, the ongoing swirl of economic events stemming increasingly from Russia’s invasion of Ukraine, and tighter U.S. monetary policy by the Fed.

The recent struggles of TerraUSD (UST), one of the largest stablecoins, may have also played a role in the Bitcoin crash this week, according to experts. Stablecoins should hold as close to $1 as possible, but UST sank below 29 cents this week as investors panicked and sold off their coins.

The leading crypto continues to have a shaky week, trading at $29,700 Friday, down nearly 20% over the last week.

Bitcoin began to descend at the end of last week and continued to fall throughout the week. Bitcoin’s recent crash is just the latest reminder for investors that crypto assets come with extra risk and volatility, especially in times of economic and political uncertainty like we’re in now. Throughout this week, Bitcoin has been trading between $26,000 and $32,000.

“Bitcoin has been a casualty of the broader market selloff of risky assets, but the latest crisis with stablecoins triggered the collapse of the USD 30,000 level, which was a key entry point for many institutional investors,” Edward Moya, senior market analyst at foreign-exchange brokerage Oanda, wrote in a market analysis.​ “Confidence has been waning in the cryptoverse but it seems we are getting close to the end of the market sell-off.”

But Bitcoin’s new low doesn’t come as a surprise to Wendy O, who in April predicted Bitcoin would hit $33,000 sometime before July and potentially continue to freefall, based on her technical price charts.

“I tweeted this April 17, 2022: ‘I am getting 2021 April-May vibes, which means potential bearish until July. Things I’m watching [include] price action, inability to effectively breakout, NFTs go off.’” O says.

Even with the big drops, Wendy O is still bullish on bitcoin in the long run.

Ethereum’s price has been rapidly declining over the last few days, trading near $2,000 Friday. Ethereum is down 23% over the past week amid a big retreat in Bitcoin and the stock market.

Like all cryptocurrencies, Ethereum tends to follow Bitcoin’s lead. If Bitcoin is falling in price, ethereum is likely falling, too. But ethereum has also been grappling with anticipation for its massive software upgrade.

Over the next few months, ethereum is planning to move from proof-of-work (PoW) to proof-of-stake (PoS), also known as “The Merge.” It’s a big deal because it’ll change how transactions on Ethereum are ordered, making it more efficient and sustainable for widespread use.

Ethereum developer Tim Beiko recently revealed that “The Merge” won’t happen in June as previously forecast, though it’s set still to happen sometime before the end of 2022. “No firm date yet, but we’re definitely in the final chapter of PoW on ethereum,” Beiko tweeted on April 11.

That, along with several other macroeconomic factors, has made for a shaky start to the year for ethereum, which in January dropped below $2,200. On Thursday, Ethereum fell under $2,000 — the lowest ethereum’s price had been since July 2021.

What Investors Should Know About Cryptocurrency

The prices of cryptocurrencies are extremely volatile. That means they are just as likely to fall down as they are to climb, and experts say that’s something crypto investors will have to continue dealing with.

As long as you’re only investing what you’re OK with losing and have a long-term investment strategy in place, there shouldn’t be cause for concern with bitcoin and ethereum’s recent drops.

Most financial experts recommend investing less than 5% of your total portfolio in crypto. You should also make sure you’re prioritizing other aspects of your finances ahead of investing in crypto, such as saving for an emergency, putting money away in a retirement account, or paying off high-interest debt.

If it seems like the crypto market has been acting increasingly like the stock market lately, it’s because it has been. Increased institutional adoption of crypto has made its market more intertwined with the stock market, which in turn, has been largely impacted by the war in Ukraine, surging inflation, and the Fed’s tightening monetary policy, experts say.

In the short term, these macroeconomic factors have created some noise and extra volatility in the crypto and stock markets, but this is usual during times of uncertainty.

Sun Jun 12 , 2022
A dearth of IPOs, a plunge in stock prices and slowing global economic growth are clouding the outlook for revenue at global investment banks after pandemic spending by governments and central banks fueled a blockbuster 2021. Russia’s invasion of Ukraine and significant monetary tightening […] 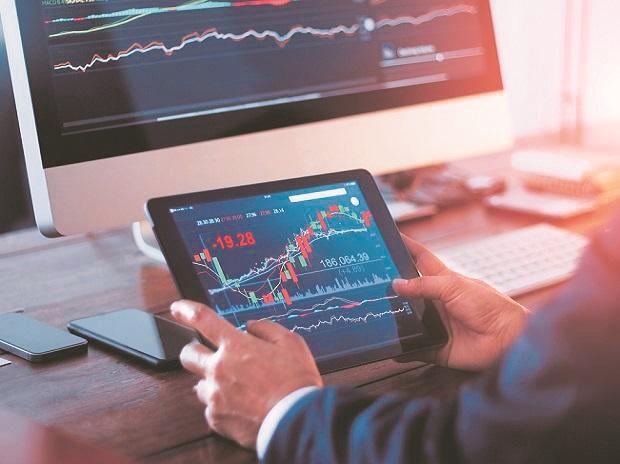