NEW YORK, April 8 (Reuters) – The Dow rose and the S&P 500 ended lower in choppy trade on Friday, as beaten-down bank shares gained and investors grappled with how best to deal with an economy that could skid as the Federal Reserve moves to aggressively tackle inflation.

Since peaking at two-month highs in late March, the market has trended lower as the Fed signals it will aggressively hike rates, leading investors to reposition their portfolios. Economically sensitive value shares this year have outperformed tech-heavy growth stocks, which often depend on low rates.

“The value-growth story is a big one and it is a byproduct of two things, which is what you want. Growth is overvalued and value is undervalued,” he said.

Investors are weighing the probability of a recession with two outcomes. On the one hand, the Fed could engineer a “soft landing” with slowing but positive growth, making banks “woefully oversold,” said UBS bank analyst Erika Najarian.

Or a sharp slowdown is imminent, which would cause a knee-jerk bank share sale as “owning banks in a recession is no fun,” she said.

Big U.S. banks, which kick off the first-quarter results season next week, are expected to report a large decline in earnings from a year earlier, when they benefited from exceptionally strong dealmaking and trading. read more

“There’s always going to be a price at some point where people are going to step in and think things are cheap and they might buy,” said Randy Frederick, managing director, trading and derivatives, at Schwab Center for Financial Research.

“Perhaps a 52-week low was enough to entice some people into the financial sector,” Frederick said, noting the 10-year Treasury yield was at its highest level since March 2019.

For the week, the S&P fell 1.16%, the Dow lost 0.28% and the Nasdaq shed 3.86%, as the index was hit after Fed officials raised concerns about rapid rate hikes causing a slowdown. read more

Shares of Tesla Inc (TSLA.O), Nvidia Corp (NVDA.O) and Alphabet Inc (GOOGL.O) fell between 1.9% and 4.5% as megacap stocks extended this week’s decline as the surge in Treasury yields weighed.

Declining issues outnumbered advancing ones on the NYSE by a 1.20-to-1 ratio; on Nasdaq, a 1.66-to-1 ratio favored decliners. 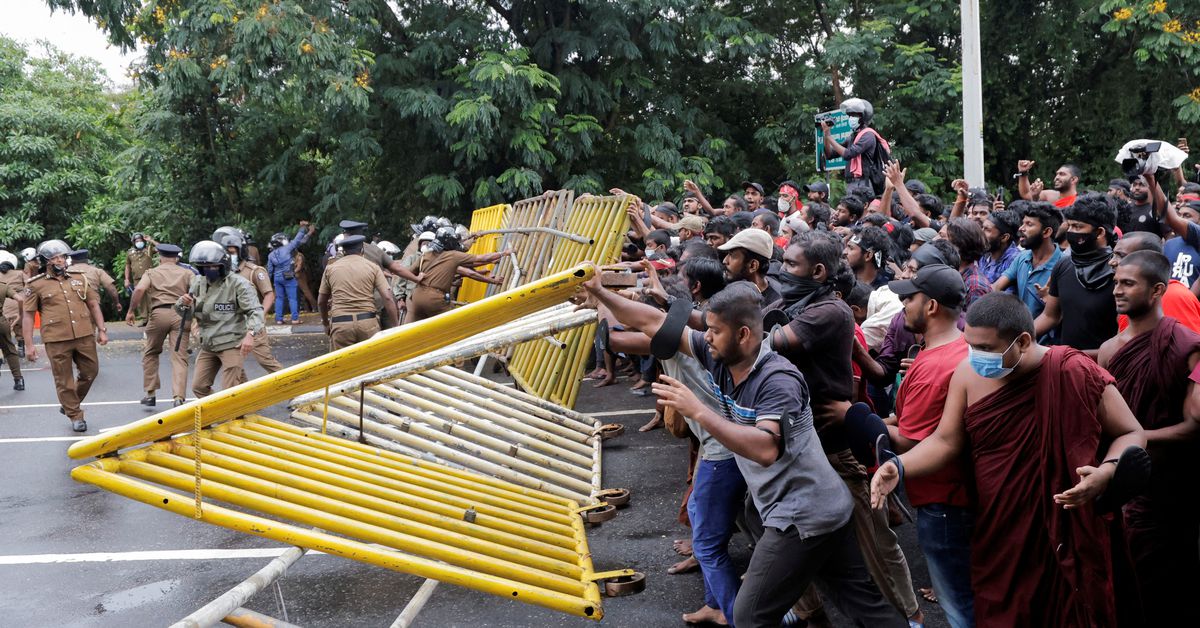