Clichés would not exist if they did not contain an essential truth. That applies especially to those relating to history, both its tendency to recur, and how the failure to learn from it dooms one to repeat the errors of the past.

Still, it is stunning to live through what seems to be a rerun of a not-so-distant period.

Could it really have been just a little more than three months since the proliferation of cryptocurrency ads on this year’s Super Bowl broadcast? Even away from the big game it seemed impossible to avoid Matt Damon intoning that “fortune favors the brave” as he fronted for Crypto.com.

This past week reinforced his conclusion spectacularly, with the meltdown of


TerraUSD,
a supposed stablecoin, plus a related thing called LUNA, which dragged down an array of cryptocurrencies, including

(ticker: BRKA, BRKB) CEO Warren Buffett recently remarked that he wouldn’t pay $25 for all of Bitcoin, the losses were real. Some $270 billion of crypto market value went poof at one point this past week, according to CoinMarketCap as reported by Bloomberg.

Notwithstanding crypto boosters’ claim that these things are stores of value, detached from the risk of conventional financial assets, Bitcoin prices have been totally in sync with the stock market, especially the technology-laden


Nasdaq Composite.
And on the latter score, it seems like déjà vu all over again. Wunderkinder companies that issued stock at outlandish valuations in the recent bubble got whacked in an echo of the dot-com era.

The parallels to the nuttiness of 1999 seemed apparent in late 2020, and were noted here at the time of the initial public offering of

This past week, the bear market spread from the growth-at-any-price names, such as those in the


ARK Innovation
exchange-traded fund (ARKK), to the profitable members of the FAANG cohort, such as

(AAPL), which had been seen as a relatively defensive redoubt.

The action of the Nasdaq seems like a remake of the market’s depressing episode two decades ago. Through Thursday, the Naz was off 28.9% from its peak about six months earlier. That was a relatively more drawn-out slide than the decline from the end of February 2000 through the following May, but was still similar in magnitude to the 28% drop in that stretch.

Then came Friday’s rebound in risk assets, with the Nasdaq recouping 3.82%, its best showing since Nov. 4. Could this be the start of a rebound? Or a bear market rally?

History shows that after that initial drawdown in 2000, the Nasdaq entered a bull market by the technical definition, rising 23% from the end of May to the end of August. But that would prove to be a rally in a bigger bear market. From that point to the end of September 2002, the Nasdaq shed 73% of its value in the bear’s final, prolonged, sickening decline.

A key similarity between the dot-com bust and now is the action taken by the Federal Reserve. Even after the air was coming out of the tech bubble, the Fed stayed on the tightening path on which it had embarked in mid-1999, raising its federal-funds target rate, from 4.75% to 6.5%, by August 2000. So far, the Fed has hiked to just 0.75% to 1% in two steps, with further half-point increases likely in June and July.

The Fed is unlikely to be deterred from tightening, regardless of what the stock market does, says one seasoned pro. With annualized inflation above 8% and central bank officials from Chairman Jerome Powell on down admitting that monetary policy was too easy too long, the central bank’s priority is to regain credibility. Investors who have been conditioned to be rescued by the “Fed put”—an insurance policy to bail out the markets with easy money—will be disappointed, the pro concludes.

Meanwhile, he sees liquidity continuing to be drained from the global financial system, with the crack in crypto a symptom. Lost in the week’s headlines was the need for Hong Kong to defend the peg of its dollar versus the U.S. greenback. Evercore ISI says in a client note that Hong Kong is the world’s must-watch market as global easy money ends.

It probably isn’t the only one.

Wed May 18 , 2022
“It is my pleasure to recognize Nestwave with an IoT Evolution Asset Tracking Award for its continued innovation,” said Carl Ford, CEO & Community Developer for IoT Evolution. “As a leader in this rapidly evolving industry, I look forward to seeing Nestwave’s future successes.” PARIS (PRWEB) May 18, 2022 […] 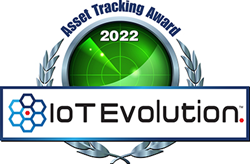