Skip to content
NEW DELHI: The cryptocurrency bill is before the Union Cabinet and it is likely to take a decision soon, Finance Minister Nirmala Sitharaman has said.

The proposed legisation on digital currencies was to be presented in Parliament during the monsoon session but that did not happen, said sources.

The bill has reportedly recommended that all private cryptocurrencies, except virtual currencies issued by state, be prohibited in India. However, crypto experts say they are hoping for the best.

Edul Patel, CEO & Co-founder of crypto trading platform Mudrex, says, “We could expect an accommodative and progressive stance by the government towards cryptocurrencies. The government is expected to evaluate all possible aspects. All these events transpire to positive expectations from the cryptocurrency bill.”

An inter-ministerial panel on cryptocurrency, under the secretary (economic affairs), had studies issues around virtual currencies and proposed specific actions in its report.

Looking at the growing opportunities in this space, Siddharth Menon, COO of cryptocurrency exchange WazirX, says calibrated regulations that encourage the industry and safeguard consumers will help the ecosystem grow. “We don’t know the details but we expect it to be positive. Once we have more details, we will comment. Else it will be purely speculative,” Menon adds.

Some experts say India cannot be as a laggard when the world is rapidly moving ahead with blockchain technology. This has led to reports that crypto as an asset class might be allowed in India but the government will not accept it as legal tender as yet.

Crypto enthusiasts are betting on analyst views that say there might not be a blanket ban on cryptocurrencies. Menon is among those who does not think a blanket ban is possible. The government has understood crypto assets are not a threat to national currency. “Also, this is a new and growing global fintech industry. India cannot stay behind,” he adds.

Nobody is yet certain about the government’s stance in the bill, says Patel, but adds: “Legislation without a blanket ban would undoubtedly boost the crypto ecosystem in India.”

Experts say there is a healthy startup ecosystem that has sprawled up around digital currencies. India has about 15 million people trading in cryptos, said a Bloomberg report in June.

Sharan Nair, Chief Business Officer at crypto exchange platform CoinSwitch Kuber, says, investors should not panic. “The government would ensure that investor interest is protected at all cost.”

In April 2018, the Reserve Bank of India (RBI) had advised all entities regulated by it to not deal in digital currencies. In 2020, the Supreme Court set aside the central bank’s 2018 circular and allowed banks and financial institutions from providing services related to cryptocurrencies. In May 2021, the RBI permitted banks to facilitate cryptos. “There are no differences between the central bank and the finance ministry,” RBI Governor Shaktikanta Das had said.

Negative news from the government will have impact just like it did in 2018, when most of the entrepreneurs either stopped working in this space or left the country, says Menon. “After the RBI lifted the ban, we have seen a lot more interest among entrepreneurs and tech talent to enter this space. More crypto projects have been born since then,” he adds.

How To Make Your Marketing Strategy A Reality

Wed Dec 29 , 2021
Business people discussing analytics getty Developing and implementing a strategy that helps your product sell itself is an aspiration for many businesses. A good marketing strategy ends up targeting the right audiences in ways that get them thinking about your brand. As a result, your stores and website start to […] 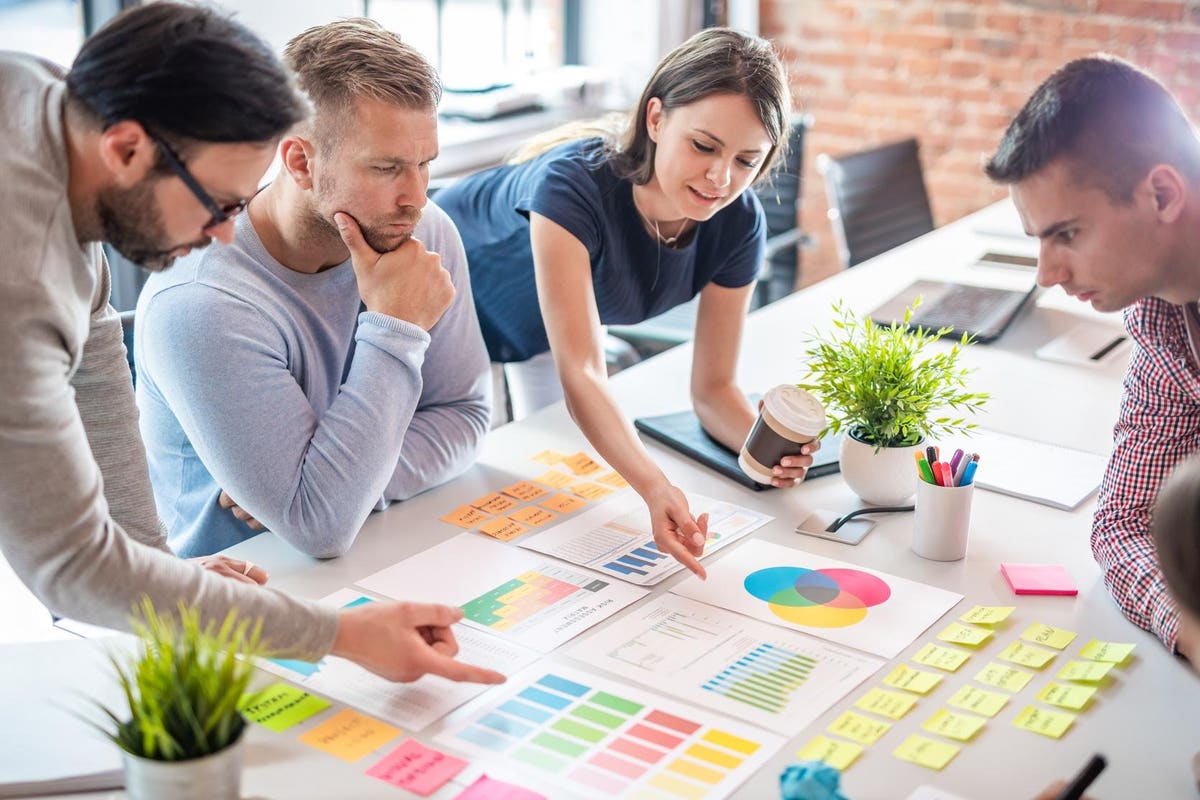