DeFi platforms are structured to become independent from their developers and backers over time and to ultimately be governed by a community of users whose power comes from holding the protocol’s tokens.

By comparison, centralized finance, or CeFi, businesses more closely resemble traditional finance, or TradFi, where consumers enter into an agreement with a company like BlockFi that collects information about them, requires them to turn over their crypto and also serves as a central point for regulators.

Ethereum is the primary network that developers use to build decentralized platforms for crypto borrowing, lending, trading and more. Ether is the cryptocurrency, or token, used to pay to operate on the network. Because the Ethereum blockchain is so popular and made it possible to create new offerings, Ether is widely used and crypto fans are enthusiastic about its worth. It is the second-most valuable cryptocurrency by market capitalization after Bitcoin, at more than $460 billion as of early September.

A Guide to Cryptocurrency

A glossary. Cryptocurrencies have gone from a curiosity to a viable investment, making them almost impossible to ignore. If you are struggling with the terminology, let us help:

Bitcoin. A Bitcoin is a digital token that can be sent electronically from one user to another, anywhere in the world. Bitcoin is also the name of the payment network on which this form of digital currency is stored and moved.

Blockchain. A blockchain is a database maintained communally, that reliably stores digital information. The original blockchain was the database on which all Bitcoin transactions were stored, but non-currency-based companies and governments are also trying to use blockchain technology to store their data.

Coinbase. The first major cryptocurrency company to list its shares on a U.S. stock exchange, Coinbase is a platform that allows people and companies to buy and sell various digital currencies, including Bitcoin, for a transaction fee.

Crypto finance. The development of cryptocurrencies spawned a parallel universe of alternative financial services, known as Decentralized Finance, or DeFi, allowing crypto businesses to move into traditional banking territory, including lending and borrowing.

What are some risks associated with DeFi?

DeFi cuts out the third parties that U.S. financial regulators rely on to ensure market integrity. Licensed operators like banks and brokers play a quasi-governmental role in traditional finance, collecting and reporting data to the authorities, including information on capital gains on investments made by their clients, to ensure taxes are paid. Their participation in the market depends on following lots of rules.

By contrast, DeFi programs are unregulated apps created by coders interested in capital markets. Users’ assets can and have been hacked, and not all of the operations are built in good faith. “Rug pulls,” when developers abandon programs after investors contribute significant assets, are notorious in DeFi.

Innovators argue that crypto fosters financial inclusion. Consumers can earn unusually high return on their holdings, unlike at banks. One in 10 American adults say they do not have a checking account and about a quarter are “underbanked” and unable to qualify for loans. Crypto businesses say they serve their needs and, outside the United States, provide financial stability for customers in countries with volatile government-issued currencies.

Crypto finance gives people long excluded by traditional institutions the opportunity to engage in transactions quickly, cheaply and without judgment, industry advocates say. Because crypto backs their loans, the services generally require no credit checks, although some take customer identity information for tax reporting and antifraud purposes. On a DeFi protocol, users’ personal identities are generally not shared, since they are judged solely by the value of their crypto.

Wed Feb 16 , 2022
Students return to campus in January 2022 after a few weeks of online learning owing to a COVID-19 surge at University of California, Irvine. Jeff Gritchen—MediaNews Group/Orange County Register/Getty Images Big data has been a buzzword for several years, but the need to understand what it means is both a […] 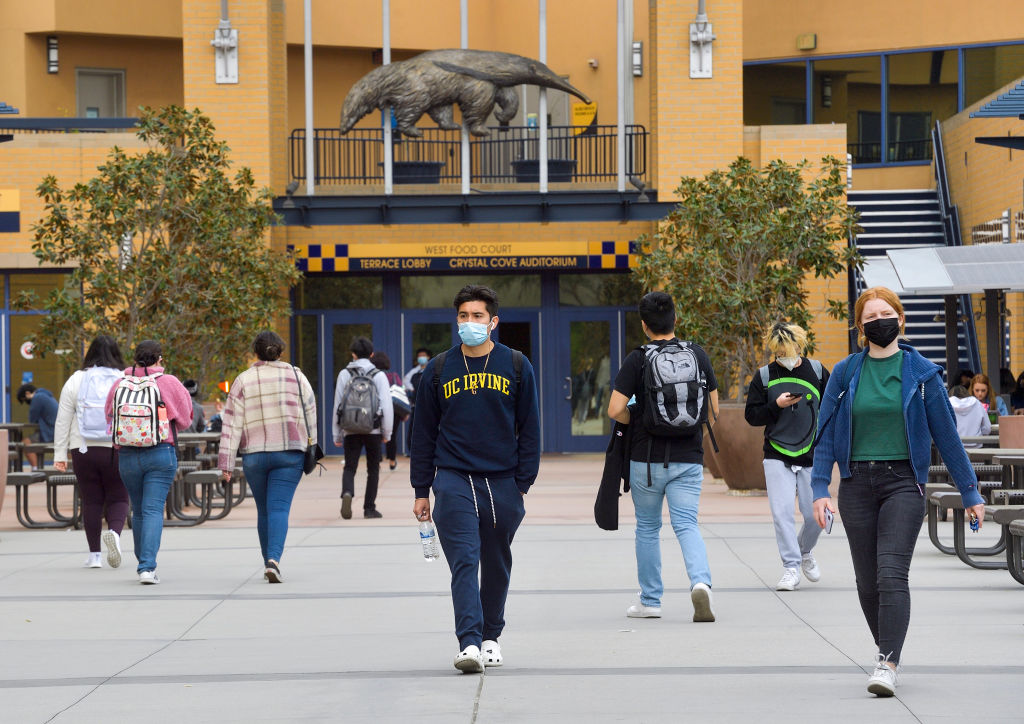