It took only some positive comments from Beijing for Chinese stock markets to go from gloom to euphoria in a single day. Turning around the sluggish housing market might require more time and much more concrete measures.

Beaten-up shares of Chinese developers have jumped along with the whole market as investors took their cue from policy makers’ comments that policy easing could be on its way. Shares of many beleaguered developers, however, are still way below their peaks.

for example, soared 59% Thursday. But that basically just returns the stock to where it was two weeks ago.

Chinese officials on Wednesday said they would introduce “powerful and effective” measures to mitigate risks in property companies and to facilitate their transformation to a new development model. The central bank also said it would prevent and resolve risks in the housing market. The government also will not expand its property-tax trials this year.

The positive tone might give some hope to investors, but how much substance there will be to whatever policies are ultimately rolled out remains unclear. The government started easing some restrictive policies late last year, but so far that hasn’t lifted the housing market from its slump.

Recent data releases have painted an ugly picture. Official data out Tuesday showed the value of housing sold in the first two months of 2022 fell 22% year over year, but earlier data from developers looks even worse. Contracted sales for top 100 developers fell 43% in January and February from the previous year, according to Nomura. And new-home prices fell for a sixth straight month in February. The housing market might continue to be weak over the next two months given the flare-up of Covid-19 in many cities.

Household medium-to-long-term loans, a proxy for mortgages, also recorded a decrease for the first time in 15 years in February even though mortgage rates have started to come down, according to Goldman Sachs. Given the slowing economy, it might take longer for buyers to come back to the market, especially in smaller cities.

That poses challenges for weaker developers, especially as it remains difficult for them to raise funds from other sources. According to Goldman Sachs, total funding for developers fell 18% year on year in February. Bond yields have risen since the beginning of the year.

Consolidation in the sector will continue as the government has allowed credit to continue to flow to large, mostly state-owned, developers to aid acquisitions. But progress could be slow as big developers will worry about hidden debts while potential sellers will want to hang on to their better projects.

Life might therefore remain difficult for many cash-strapped developers unless Beijing opens the credit tap for them again too. But such a move could reverse the previous year’s strenuous—and costly—effort to reduce ballooning debt in the sector. For example, the local government of Zhengzhou said this month it will accelerate its slum redevelopment program—basically handing out cash to households to buy housing inventories from developers. The program, rolled out in many cities in 2016 and 2017, was successful in running down inventories but also pushed up land prices and local government debts.

Investors are quick to jump back into the stock market when policy signals shift. But potential home buyers might take significantly longer to return—and that is bad news for debt-laden developers.

Sat Mar 19 , 2022
This is a commercial partnership with Whitepeak Digital Digital marketing promotes goods and services using digital platforms such as social media, search engines, content, and email to increase income and can take time,effort, and patience to master. It’s also a never-ending learning process, and as technology advances, so too does […] 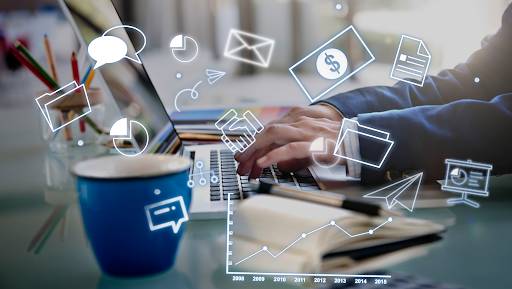