A traffic police officer prepares to check a truck at a service station near Shanghai, which has ordered tighter restrictions on travel in and out of the city as China battles its most severe Covid outbreak since the early days of the pandemic in 2020.

Many goods are stuck in China right now as a result of the Covid lockdowns and it could become a “big problem” for the global economy, according to business consultant Richard Martin.

“Many of the things that we use around the world that’re manufactured, have components from China and we’re about to see a logistics snarl that’ll dwarf anything in 2020 or 2021,” Martin, managing director at IMA Asia, told CNBC’s “Street Signs Asia” on Tuesday.

“China is 20% of global demand but its role in supply chains is much bigger than that.”

Since the early months of the pandemic, the global economy has struggled with supply chain challenges due to a mix of factors — such as logistics services struggling to keep up with trade volume, or Covid surges in parts of Asia that threatened to disrupt the flow of goods.

The war in Ukraine, which broke out in late February after Russia invaded the country, has further fueled those concerns.

“The outlook you’ve got for the global economy is getting pretty dim now — Europe faces a war on its doorstep, United States has got big interest rate hikes coming through which could hit the U.S. consumer and in China, they’re really slowing the economy down,” Martin said.

Impact of lockdowns on China’s economy

China has in the last few weeks been battling its most severe Covid outbreak on the mainland since the initial shock of the pandemic in early 2020.

Referring to Nomura’s survey on the extent of the lockdowns across China, he said: “If we look at provinces where there’s partial or full lockdowns we estimate it covers around 40% … of China’s GDP.”

The city of Shanghai is among the places that have been hardest hit, as local authorities put in place strict stay-home measures and travel restrictions. The northern province of Jilin, home to many automobile factories, has also been badly hit though infections appear to be starting to level out.

“The problem Beijing has got is right across the country — not just Shanghai but down in the south in Guangzhou and of course, up in Jilin where there’s been a lot of manufacturing,” Martin said.

Local officials are “closing down entire cities” due to fear of punishment from Beijing if there’s a Covid outbreak in their jurisdictions, he added.

Since the start of the pandemic, China has adopted a strict zero-Covid strategy where tough restrictions are put in place swiftly following the discovery of infections. In contrast, most of its global peers have largely shifted toward a living with Covid and are starting to reopen their borders to international travel.

While China is expected to eventually fend off the current wave of Covid infections that has stemmed from the highly transmissible omicron variant, it will likely come at the expense of an economic slowdown, he warned.

Tue May 17 , 2022
A Bitcoin display in Hong Kong: Crypto’s spectacular rise might have blinded some investors to its shortcomings. Paul Yeung/Bloomberg Text size Clichés would not exist if they did not contain an essential truth. That applies especially to those relating to history, both its tendency to recur, and how the failure […] 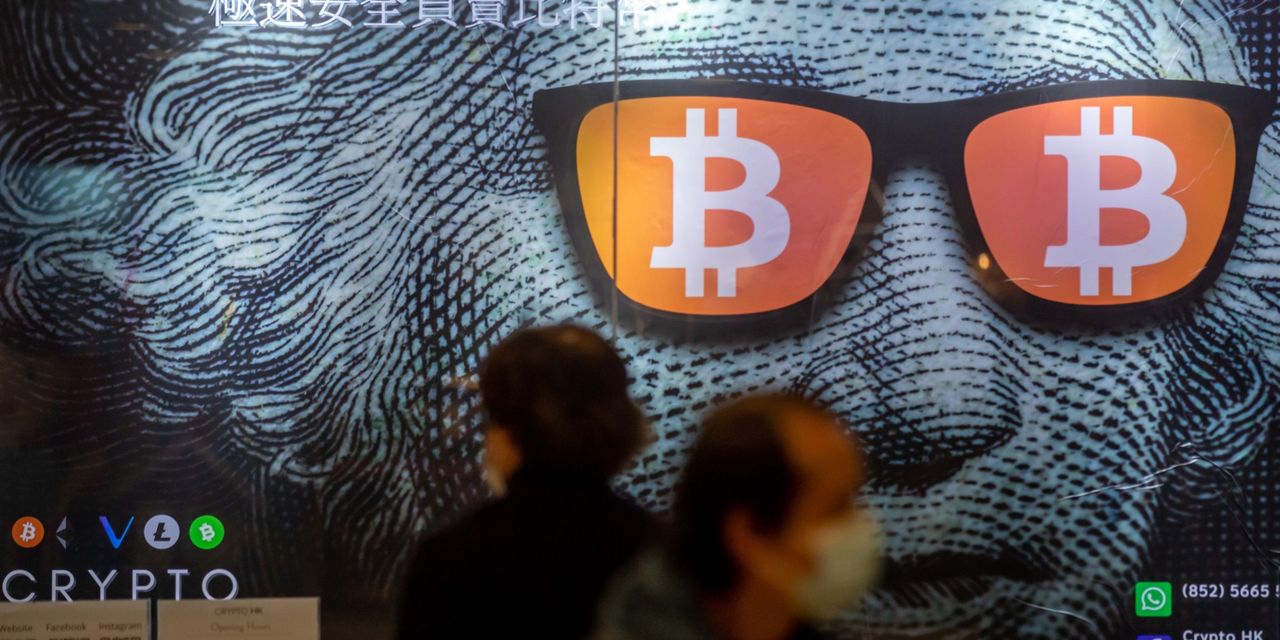