CNBC’s Jim Cramer on Wednesday said the Nasdaq 100 could reach a low this week and give investors a chance to offload some poorly performing stocks, leaning on analysis from technical analyst Carolyn Boroden.

“The charts, as interpreted by Carolyn Boroden, suggest the Nasdaq 100 could make an important low sometime this week — and maybe it’s already happened. If that’s the case, then the recent” market storminess could be over for the time being, the “Mad Money” host said.

“However, you might not want to get too attached to this move because Boroden says the underlying technical picture … remains ugly. Still, you could get a good chance to unload some tech here in order to raise money to buy other things that might have an easier time in the market going forward,” he added.

Boroden uses the Fibonacci strategy to make predictions about the market. A cluster of Fibonacci timing cycles coming due around the same time means a stock or index could be poised to reverse direction, Cramer explained, adding that that’s how she knew the market would bottom in mid-March.

The Nasdaq 100 has been “almost straight down since that cluster of Fibonacci timing cycles she mentioned in March,” Cramer said. He added that Boroden is keeping an eye on both time and price parameters to find the next market low where investors could trade.

“On the timing front, she says she has two periods where the Nasdaq 100 is likely to make an important low. The first period is yesterday and today,” Cramer said. “In other words, today’s rebound might have more staying power than you’d expect.”

“That said, according to Boroden, while these Fibonacci timing cycles are certainly helpful … we only get an actual reversal of the trend about 60% of the times when we see these reversal signals,” he added.

As for pricing, Boroden said there’s the possibility that the index once again reaches its lows from March 14, according to Cramer. Yet she still believes the Nasdaq 100 is in rough shape as its price stays below the 200-day simple moving average and shorter term 50-day moving average, he added.

That means that even if the Nasdaq-100 reaches a noteworthy low, investors should still be ready for the index to have another “downside failure,” Cramer said.

“As she sees it, we’re definitely not out of the woods yet, and she’s certainly not making an all-clear call,” he added.

Sign up now for the CNBC Investing Club to follow Jim Cramer’s every move in the market.

Sat Apr 16 , 2022
In Britain, the economic shock waves of the war in Ukraine are exacerbating a squeeze on household budgets and heightening fears of a cost-of-living crisis. The British government announced some measures on Wednesday to help people cope with the rising prices, which are at their highest level in three decades, […] 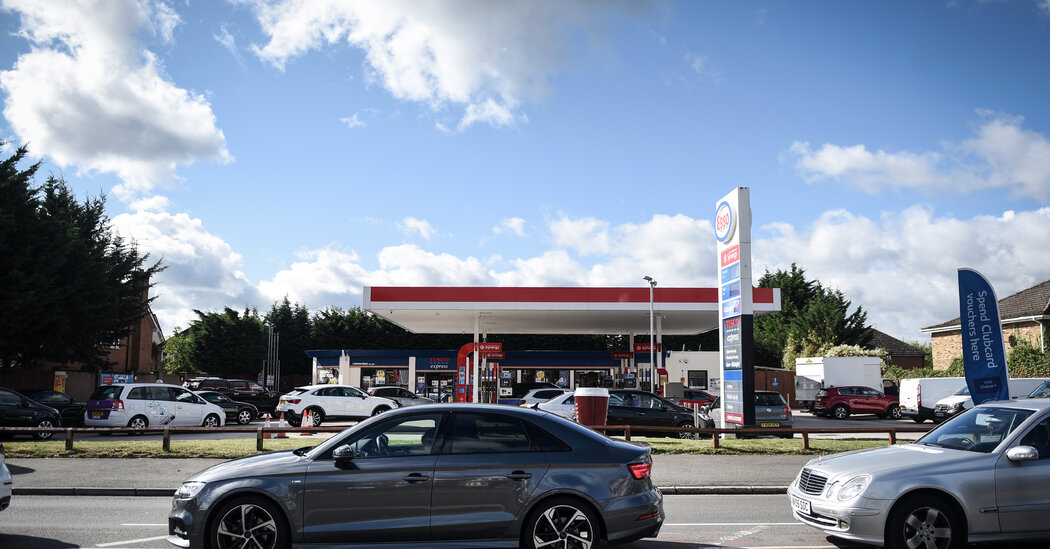