Following certification of the recall petition, Lt. Gov. Eleni Kounalakis announced that Tuesday, Sept. 14 would be the date of the recall election.

SACRAMENTO, Calif. — The cost of California’s upcoming gubernatorial recall election has been finalized at a whopping $276 million, according to the State Finance Department.

Cost estimates released in early June 2021 had the total at $215 million, but according to finance officials, that cost went up following the passage of Senate Bill 152, which accelerates the recall process by allowing lawmakers to skip the 30-day legislative review as long as they set aside money for counties to pay for the costs of the election, according to reporting by the Associated Press.

The original estimate assumed the election would happen on a regularly scheduled election date. With SB 152, the updated estimated county-by-county cost for a special election came to $243.6 million, plus $32.4 million to the Secretary of State’s Office to run the special election.

State Republicans have decried SB 152 — which passed on party-line votes — saying it essentially amounts to cheating. Democrats argued the change would allow the election to happen as soon as possible and enable as many voters as possible to participate.

“Any child can tell you that changing the rules in the middle of a game is cheating,” Assemblymember Kevin Kiley, (R – Dist. 6), told ABC10.

“The Democrats, of course, would like to have it sooner rather than later because they believe the governor is in a good position now. And the longer you wait, the more things can go wrong,” Swatt said.

Moving up the election does potentially eliminate the possibility of a disaster, such as a massive wildfire, that could potentially sway voters. It also could backfire if Democratic voters are not motivated to engage in a special election.

After the cost for the recall was finalized by the Finance Department, Secretary of State Shirley Weber also announced certification of the recall petition.

That certification was then handed off to Lt. Gov. Eleni Kounalakis, who by law was required to set a date for the election “not less than 60 days nor more than 80 days” from July 1. Just before 2:30 p.m., Kounalakis announced that Tuesday, Sept. 14 would be the date of the recall election.

“The people have spoken and this recall is happening. This movement is powered by Californians from every community – Democrats, Republicans, and Independents. I am ready to lead this recall and begin the California Comeback to clean up our streets, cut taxes on the middle class, and reopen our schools. Change is coming for California and retirement is coming for Gavin Newsom.”

John Cox, who is also vying for governor as a Republican, issued a statement on the recall date:

“Fires are starting to rage, we’re still not sure schools will open on time, homelessness is out of control, and taxes are way too high. We have shortages of electricity and water; crime is out of control, and the cost of housing and living, in general, is soaring. Gavin Newsom will be recalled on September 14th. The insiders and allies have done their best to manipulate the election date for the pretty boy Governor, but it doesn’t matter. The people are tired of corruption and politicians who don’t deliver. California needs big, beastly changes. A new day for California comes on September 14th.”

“Shout out to California Democrats for manipulating their own recall rules. Now Californians only have to wait until September 14 to recall the worst governor in California history, Gavin Newsom.”

Click HERE to read the full cost breakdown from the Department of Finance.

Sun Jan 30 , 2022
The S&P 500 and Dow Jones Industrial Average fell on Monday as government bond yields continued to rise, signaling that investors expect the Federal Reserve to move quickly in raising interest rates. But in a bright spot for investors, an afternoon rebound erased losses in technology stocks and pushed the […] 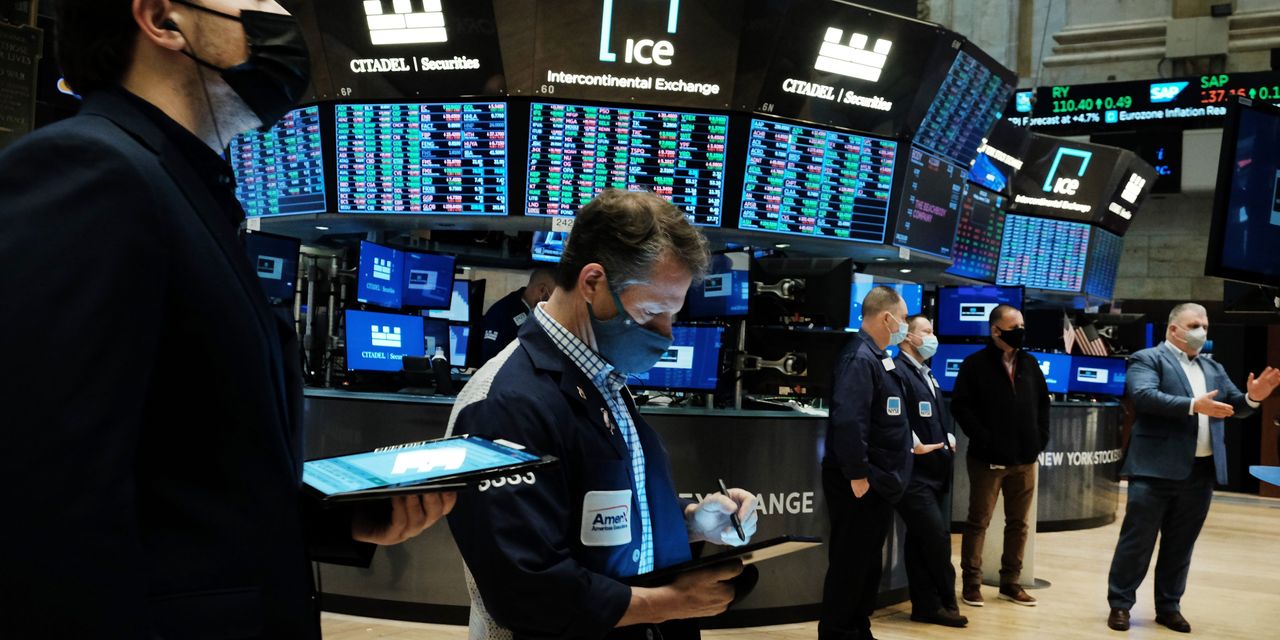