Employees at an Apple store in Atlanta filed a petition on Wednesday to hold a union election. If successful, the workers could form the first union at an Apple retail store in the United States.

The move continues a recent trend of service-sector unionization in which unions have won elections at Starbucks, Amazon and REI locations.

The workers are hoping to join the Communications Workers of America, which represents workers at companies like AT&T Mobility and Verizon, and has made a concerted push into the tech sector in recent years.

The union says that about 100 workers at the store — at Cumberland Mall, in northwest Atlanta — are eligible to vote, including salespeople and repair technicians, and that over 70 percent of them have signed authorization cards indicating their support.

In a statement, the union said Apple, like other tech employers, had effectively created a tiered work force that denied retail workers the pay, benefits and respect that workers earned at its corporate offices.

Workers said they loved working at Apple but sometimes felt they were treated like second-class employees. “We want equal to what corporate actually gets,” said Sydney Rhodes, an employee at the store who is involved in the union campaign.

Ms. Rhodes, who has worked at Apple for four years, said that she and many of her co-workers hoped to continue working for Apple for years to come but that it was often unclear how they could progress within the company. “Another reason why we’re working toward this union is for a more clear and concise way to grow, especially internally,” she added.

An Apple spokesman said the company offered strong benefits, including health care coverage, tuition reimbursement and paid family leave, and a minimum pay rate of $20 per hour for retail workers.

“We are fortunate to have incredible retail team members, and we deeply value everything they bring to Apple,” the spokesman said, but declined to comment on the union effort. The company would not say whether it would recognize the union voluntarily.

Officials at the National Labor Relations Board will next determine whether there is sufficient interest among workers to hold an election — the bar is officially 30 percent — and set the terms for a potential vote. Both the union and the employer will have an opportunity to weigh in on the details, including the universe of employees eligible to take part and whether the vote should occur by mail or in person.

Other unions, most notably Workers United, an affiliate of the giant Service Employees International Union that has led the organizing campaign at Starbucks, are also seeking to unionize Apple retail workers, of which there are tens of thousands in the United States.

Workers at an Apple Store at Grand Central Terminal in New York City have begun to sign authorization cards that could lead to a filing for a union vote that would allow them to join Workers United. The move was reported over the weekend by The Washington Post.

Activism and labor organizing at Apple have been building since last summer, when discontent over the company’s plan to require employees to return to the office snowballed into a broader movement, called #AppleToo. That movement aimed to highlight workplace problems like harassment, unequal pay and what workers described as a culture of secrecy that pervaded the company.

“Apple workers across every line of business and around the world are using their voices to demand better treatment,” Janneke Parrish, one of the #AppleToo leaders, said of the union effort. Ms. Parrish has said Apple fired her in retaliation for her organizing. “I’m so happy to see workers taking this big step to stand up for their rights,” she said. Apple has disputed Ms. Parrish’s accusations.

The #AppleToo movement included retail workers, who have said throughout the pandemic that Apple did not do enough to keep them safe from the coronavirus.

Retail workers’ complaints escalated late last year when the Omicron variant spread rapidly throughout the country and at least 20 Apple stores had to close temporarily as a precaution or because so many of their workers had become infected that the stores could no longer operate. On Christmas Eve, several dozen Apple workers walked off their jobs to demand better pay and working conditions.

Ms. Rhodes said that the effort at her store began in earnest last fall, and that her co-workers had taken encouragement from the union campaigns at companies like Starbucks and Amazon.

Beyond its overtures at Apple, the communications workers union has had a presence at Google in recent years, helping workers form a so-called solidarity or minority union that enables them to coordinate actions without holding a union election and seeking certification from the labor board. Companies are not required to bargain with minority unions, as they are with more formal unions.

The union also recently won a vote to represent about one dozen retail employees at Google Fiber stores in Kansas City, Mo., who are formally employed by a Google contractor. It is seeking to represent a few dozen Wisconsin-based quality assurance workers at the video-game maker Activision Blizzard, which Microsoft is acquiring, pending approval from regulators.

Fri May 27 , 2022
Text size The fall in stock and bond prices has cut household wealth by as much as $8 trillion in 2022. Justin Lane/epa-efe/Shutterstock The stock market had a near-bear experience, which might be the most bullish thing you can say about it. At its low on Friday, the S&P 500 […] 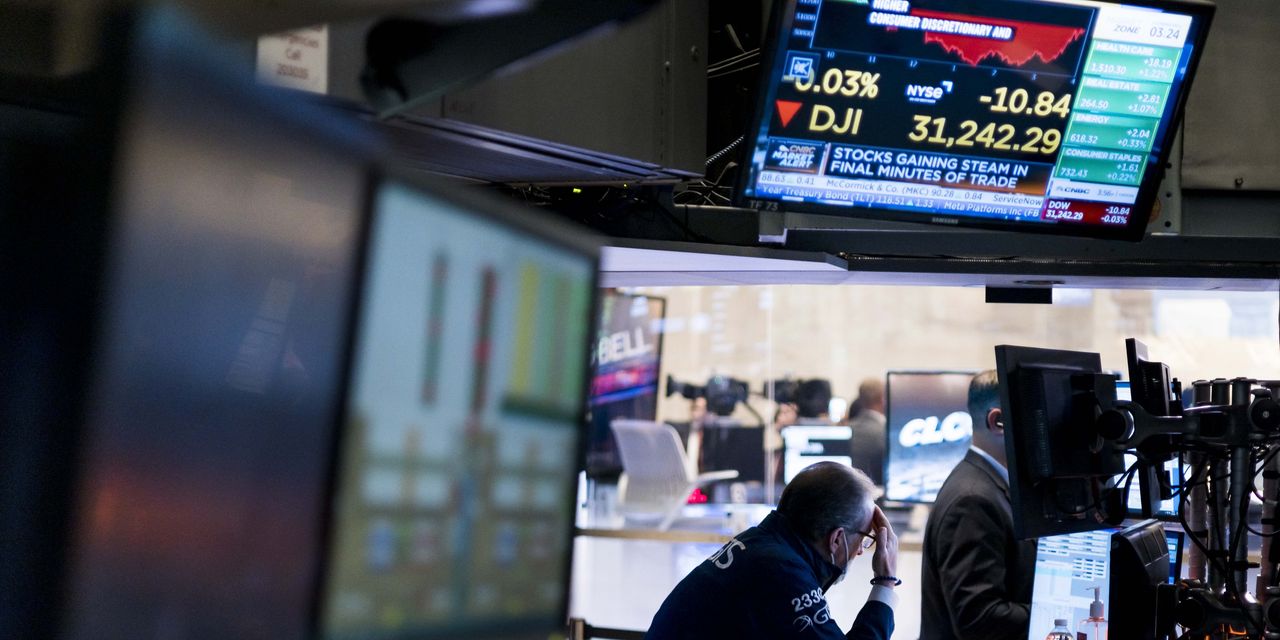