About the author: Jacques Cesar is a former managing partner at Oliver Wyman who now works on market valuation for the firm.

The U.S. stock market has been flirting with correction territory this year, and the volatility shows no sign of easing in the short term.

The question on everybody’s mind now is whether the bull market is in danger.

The answer depends on which bull you’re talking about. One seems fairly safe for now; the other, not so much. And these mixed signals suggest there is reason for optimism in 2023 and beyond.

There are two ways to measure time periods in markets: cyclical, as represented in months and years, and secular, as measured in decades. The market is always in one of four positions, for instance, a cyclical bull inside a secular bear.

Up until early January, the market was a cyclical bull inside a secular bull—two bulls at once. The cyclical bull started in late March of 2020, after the market plunge sparked by the initial outbreak of Covid-19. The secular bull began way back in 1982, as equities shook off a vicious 14-year slump that more than halved the S&P 500 index when adjusted for inflation. There have been some notable cyclical bears amid the current secular bull, including the 1987 crash, the internet bust, and the global financial crisis.

So which of the two bulls is in danger now?

No one has a crystal ball, of course. But at this particular moment, with the Federal Reserve about to start tightening, inflation eating into household finances, and the war in Ukraine showing no signs of abating, the chance of a cyclical bear market this year is clearly higher than usual.

The secular bull, on the other hand, is healthy enough that it could keep going for the foreseeable future.

That might sound crazy. The current secular bull has had such a powerful run, especially in recent years, that prognosticators have suggested the possibility of a bubble. They are incorrect.

I have spent the past five years studying 150 years’ worth of U.S. stock market history. As part of that exercise I recently published three white papers that show that there hasn’t been a bubble in recent years. Prices have risen to record levels because corporate profit margins have been near a 100-year high, real interest rates (after subtracting inflation) have been near an all-time low and inflation has been tame until recently.

Of course, just because there isn’t a bubble doesn’t mean the secular bull will live for decades on end, even though it is still young compared with its predecessor, the 72-year secular bull that started in the late 1850s and ended in 1929.

The current secular bull has been propelled by three boosters that have kicked in at different times. First, starting in the early 1980s, falling long-term inflation expectations reduced the “equity risk premium,” or the return investors demand above a risk-free return to justify the hazard of holding stocks.

That effect started to wane by the early 1990s, but a new booster was emerging: the beginning of a sustained improvement in corporate profit margins that has continued to this day. Profit margins today are twice what they were three decades ago.

The final booster has been falling secular real (after inflation) interest rates – that is, the multidecade-long trend of generally declining real rates. This has been a particularly potent force since the global financial crisis of 2008; by the end of 2021, secular real rates were at an all-time low. Sure, as the Fed enters the tightening part of its cycle, one would expect the cyclical component of real rates to rise, as it did earlier this year until the war in Ukraine drove a flight to safety. But a cyclical rise shouldn’t be confused with a secular one.

Make no mistake: This secular bull market will die eventually. The longer corporate profit margins go up, the greater the chances of a political backlash that shifts focus more toward labor and increased regulation and taxation.

Likewise, the steep decline in secular real interest rates since the financial crisis can’t persist forever because it would levitate all financial assets to absurd levels. What’s more, home prices, already uncomfortably high, would explode to the point that they would be totally unaffordable to younger generations. The resulting increase in inequality, both across income classes and generations, would put unsustainable stresses on the fabric of society.

There is a third potential killer of this secular bull: inflation. Even a milder form of 1970s-style inflation would be enough to end it. If long-term inflation expectations were to hit just half of their great inflation period peak, the market would likely fall by nearly half, our research shows.

So given that there are three potential secular bull market assassins out there, why is there room for optimism in 2023 and beyond?

Because there are big differences between these potential bull killers. The first two—a reversal in the uptrend in corporate profit margins and a reversal of the downtrend in secular real interest rates—are not yet within striking range. The third potential assassin, inflation, is in plain view now. But inflation will kill the secular bull only if it defeats the Fed rather than the other way around. One could well imagine a scenario in which inflation runs hotter than central bankers would like for a while longer but cools down soon enough for long-term inflation expectations to remain anchored. In that scenario the secular bull would continue to run, despite the serious possibility of a cyclical bear appearing this year.

So despite all the gloomy headlines these days, the evidence needed to reliably call the end of the 40-year secular bull market hasn’t yet materialized. And it might not present itself for many years to come.

Guest commentaries like this one are written by authors outside the Barron’s and MarketWatch newsroom. They reflect the perspective and opinions of the authors. Submit commentary proposals and other feedback to [email protected] 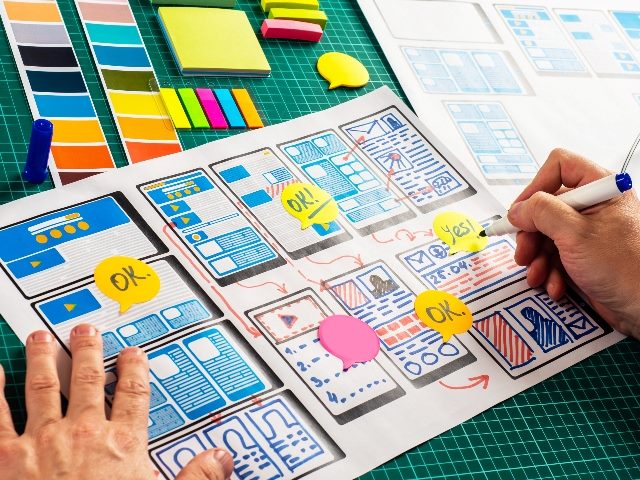