But Apple shares fell nearly 4% in extended trading after Apple CFO Luca Maestri warned of several challenges in the current quarter, including supply constraints related to Covid-19 that could hurt sales by between $4 billion and $8 billion. The tech giant also warned that demand in China was being sapped by Covid-related lockdowns.

Here’s how Apple did versus Refinitiv consensus estimates:

Apple did not provide a forecast for the current quarter — the company hasn’t provided official revenue guidance since February 2020, citing uncertainty tied to the pandemic.

In addition, Apple said that its board of directors authorized $90 billion in share buybacks, maintaining its pace as the public company that spends the most buying its own shares. It spent $88.3 billion on buybacks in 2021, according to S&P Dow Jones Indices.

Apple increased its dividend by 5% to 23 cents per share.

The smartphone business grew over 5% during the quarter, yielding more evidence that the current iPhone 13 model is selling well.

Cook said that the iPhone business had a successful quarter with sales to so-called switchers, or people who previously had an Android phone but decided to buy an iPhone.

“We had a record level of upgraders during the quarter and we grew switchers, strong double digits,” Cook told CNBC’s Steve Kovach.

The earnings beat also suggests that Apple’s premium smartphone business may be insulated from concerns about deteriorating consumer confidence. The increase in sales also came despite a difficult year-over-year iPhone comparison, since the new iPhones were launched earlier in 2021.

Elsewhere, Mac computers continued to grow strongly after Apple transitioned its lineup to use its own M1 chips instead of Intel processors. Sales were up nearly 15% year over year to $10.44 billion.

However, Apple’s iPad business continues to go sideways, with sales down 2.1% from a year ago, despite updated models with Apple’s M1 chip. Cook said the iPad business had “very significant supply constraints” during the quarter.

Apple’s profitable services business, which includes subscriptions, licensing fees, and extended warranties, continues to grow strongly with over 17% growth. However, over the past two years the business had made a habit of beating Wall Street expectations by between 3% and over 8%, and this quarter, it only exceeded Refinitiv estimates by 0.51%.

“The [services] comps are a bit strange during Covid, because we’ve had lockdowns and then reopenings and so on,” Maestri said in an interview with CNBC, adding that during some periods in the last two years that “digital content went through the roof.”

Cook said that Apple’s financial performance was “better than we anticipated.” The fastest-growing region was the Americas, which saw sales rise 20% during the quarter to $50.57 billion. Greater China, which includes Hong Kong and Taiwan, grew at a slower 3.47% rate to $18.34 billion. Cook said Covid-related China lockdowns didn’t affect Apple during the quarter, however.

Thu May 5 , 2022
Text size E-commerce sales have slowed as consumers have returned to shopping in stores. David Paul Morris/Bloomberg Heading into the latest earnings season, there was optimism on Wall Street that the tech giants would save the day. No other companies seemed better positioned to deal with the myriad issues plaguing […] 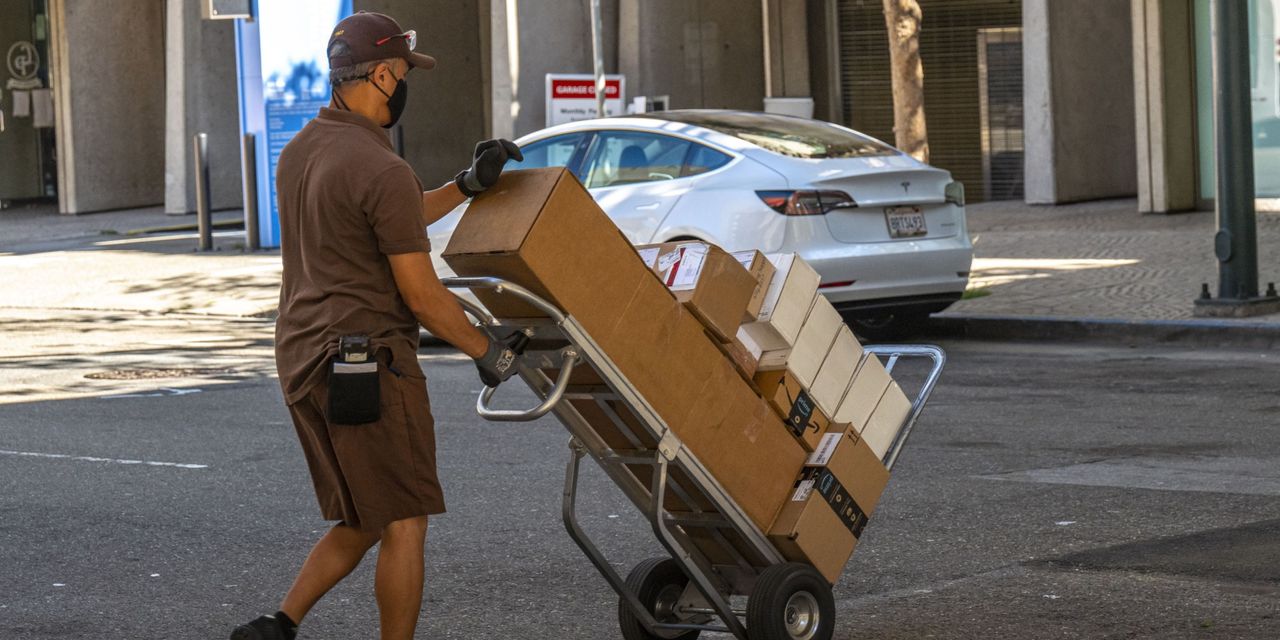