Models of oil barrels and a pump jack are displayed in front of a rising stock graph and “$100” in this illustration taken February 24, 2022. REUTERS/Dado Ruvic/Illustration

NEW YORK, March 3 (Reuters) – There is only one way oil prices are going to fall – by first rising even more. That is the growing consensus among Wall Street analysts, who say there is not enough supply to impede crude prices from their relentless surge.

Global benchmark Brent and U.S. crude futures have soared over 15% to around 10- and 14-year highs, respectively, since Russia invaded neighboring Ukraine last week. The benchmarks closed on Thursday at $110.46 a barrel and $107.67, respectfully. [O/R]

Though global powers have unleashed a slew of sanctions that have so far stopped short of targeting Russian oil and gas exports, companies are avoiding Russian oil – tightening a market that was already struggling to keep up with demand that has roughly rebounded to pre-pandemic levels. read more

In recent days, Wall Street strategists have been boosting their expectations for the peaks crude benchmarks will have to scale to eventually cause businesses and consumers to curtail consumption.

On Thursday, JP Morgan analysts said Brent would have to rise to $120 a barrel “and stay there for months to incentivize demand destruction.”

What is more, the bank says if disruption to Russian volumes lasts throughout the year, Brent could end 2022 at $185 a barrel, likely causing demand to fall by about 3 million barrels per day (bpd).

“At these price levels, it affects demand, but that takes time and we went into this already with a tight oil market – there’s not a lot of slack in the system,” said Daniel Yergin, author and vice chairman of S&P Global.

Global consuming nations have tried to ensure adequate oil supply following the sanctions on Russia, which exports 4 million to 5 million bpd of crude, second-most worldwide behind Saudi Arabia. On Tuesday, the International Energy Agency said it would release 60 million barrels of oil from emergency reserves.

The market shrugged off that news as the release amounts to less than a day’s global consumption, and oil prices continued their upward march after the announcement.

“Supply elasticity is no longer relevant in the face of such a potential large and immediate supply shock,” said Goldman Sachs in a note Tuesday.

So far, there has been little evidence of demand destruction in the United States, the world’s largest oil consumer. Motorists tend to become wary about filling up their cars when gasoline reaches $4 per gallon. The current national average is $3.73 per gallon, according to the American Automobile Association.

“I do think when we see $4 a gallon, there may be an adverse reaction,” said Patrick De Haan, head of petroleum analysis at GasBuddy. “But with a strong economy and prices that remain well below inflation-adjusted records, it doesn’t have the same sting.”

RBC’s senior analyst Mike Tran said that when adjusting for inflation, the $4-per-gallon price reached in 2008 would be equal to about $5.20 in today’s dollars.

“The next frontier of oil prices will be defined by prices in search of demand destruction, and that is as bullish a framework gets,” Tran said in a Wednesday note.

Wed Mar 9 , 2022
WASHINGTON (AP) — President Joe Biden is expected to sign an executive order on cryptocurrency this week that will mark the first step toward regulating how digital currency is traded. The move comes as administration officials have raised concerns in recent weeks about Russia’s use of cryptocurrency to evade the […] 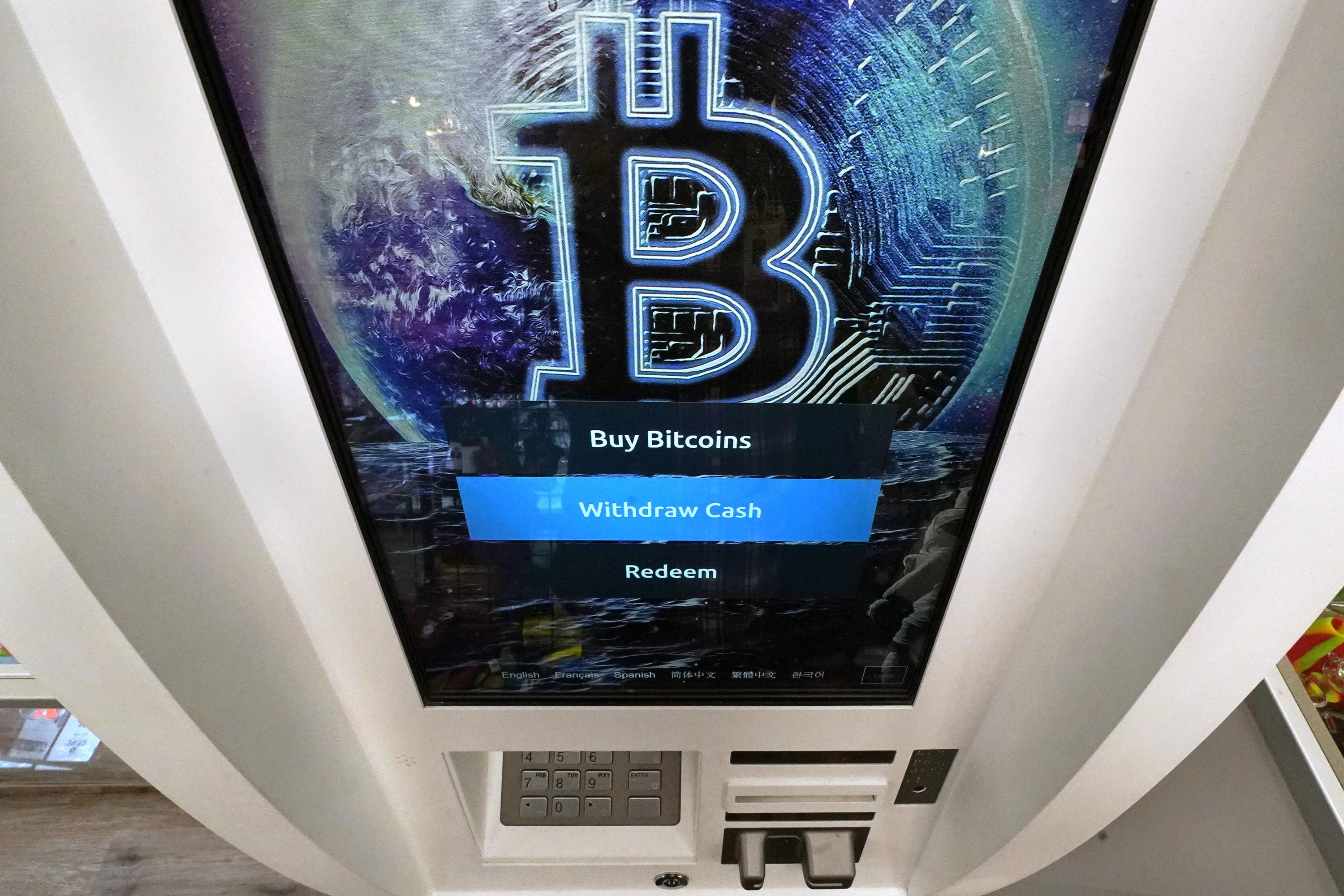