Packages move along a conveyor at an Amazon fulfillment center on Cyber Monday in Robbinsville, New Jersey, U.S., on Monday, Nov. 29, 2021.

Amazon said Tuesday it rang up record-breaking sales during the post-Thanksgiving rush, providing an upbeat outlook for a holiday shopping period that’s been lackluster for the retail industry.

In a blog post, Amazon said home goods, toys and apparel were among the top categories in the period from Black Friday to Cyber Monday. Popular purchases included Apple AirPods, Fire TV sticks and the Revlon One-Step Hair Dryer.

Amazon didn’t disclose sales figures for the two notable shopping days, which are typically its busiest in the holiday period. Analysts and investors will have to wait for Amazon’s fourth-quarter results in late January or early February for a fuller picture of the shopping season.

While shopping at physical stores rose substantially from last year, when the pandemic kept consumers glued to the couch, traffic was down 28% from 2019 levels, according to preliminary data from Sensormatic Solutions.

Amazon, with its sprawling marketplace, next-day delivery options and competitive pricing, keeps on growing regardless of the macro conditions. This year, the company captured 17.7% of Black Friday dollars, according to data from Numerator, more than any other retailer.

Amazon said on Tuesday that it offered the lowest prices by an average of 14% compared to rival retailers, citing data from market research firm Profitero. That’s partly because other retailers didn’t provide the same types of discounts as in the past. For example, electronics were marked down by 12% on Cyber Monday, versus by 27% a year earlier, according to Adobe.

Despite the slower start for the sector, Adobe still expects to see record-breaking online sales during the holiday season, as Americans are spreading out their spending over a longer period, rather than cramming it into the four days after Thanksgiving.

Retailers also opted to kick off their holiday deals well in advance of Black Friday. In Amazon’s case, the deals started in October. And many shoppers began buying gifts early this year out of concern for delays and supply shortages.

Amazon said it took extra measures to prepare for the rush, such as directing goods to different shipping ports and choosing more costly delivery routes to get items to facilities where stock is low.

WATCH: Amazon exec on supply chain: Customers should find what they need over the holidays

Thanks to Russian Sanctions, Bitcoin Has Decoupled From the Stock Market

Sat Mar 5 , 2022
The consequences of the financial isolation of Russia are perhaps being underestimated by markets. Sanctions imposed on Russia have been designed to cripple its economy and financial systems—and they have worked as intended. Russia’s central bank closed the country’s stock market and more than doubled its key interest rate to […] 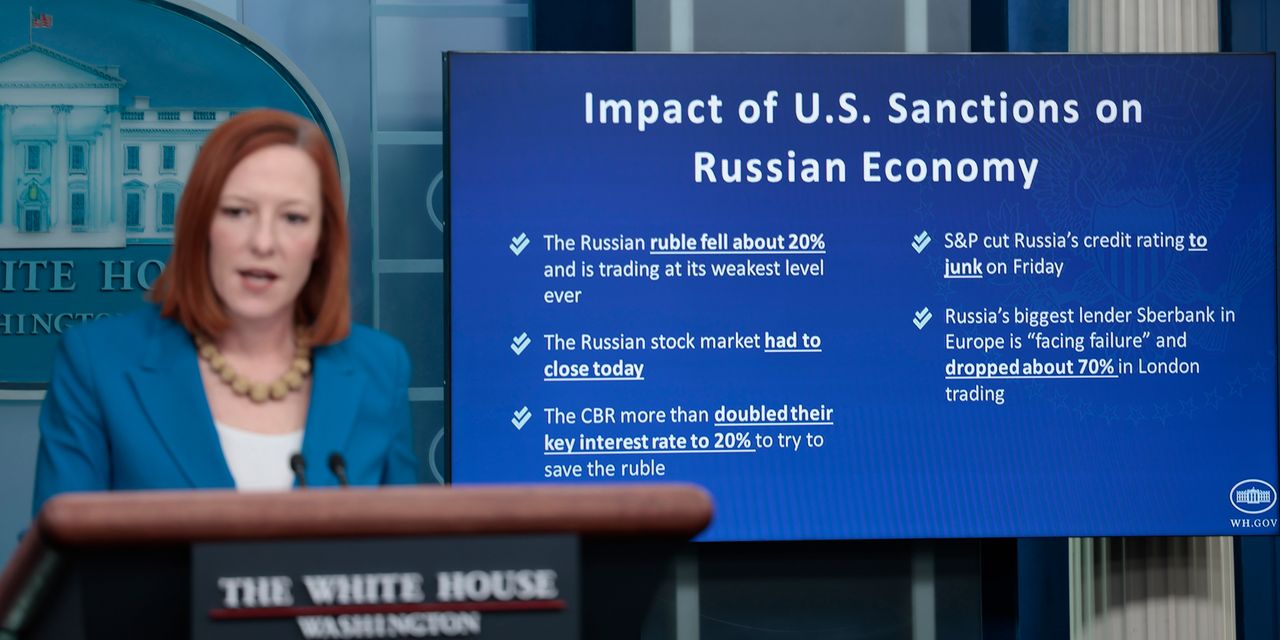